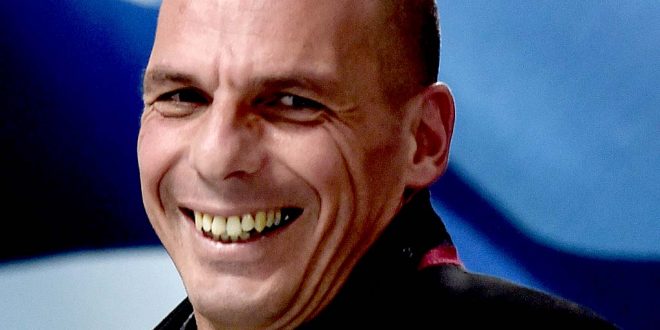 “Full prepayment of business tax should be abolished,” says Varoufakis

August 5, 2019 Economy Comments Off on “Full prepayment of business tax should be abolished,” says Varoufakis 1,165 Views

“Unless the full prepayment of business tax is abolished, the recession, the migration of people and businesses will not stop and real investments will not arrive,” former finance minister and leader of MeRA25, MP Yanis Varoufakis has said.

H epointed out that “New Democracy and SYRIZA are tied up to the lenders-set primary surplus targets, who persist in them to perpetuate the charade that (Greece’s) public debt is sustainable.”

He claimed that Greece’s health-social insurance system is unsustainable and proposes boosting it with resources coming from the conversion of the Hellenic Republic Asset Development Fund (TAIPED) into a New Development Bank, taxing banks 0.2 pct on loans they receive and increasing minimum wage, in combination with the abolition of the prepayment of business tax.

MeRA25 entered the Greek Parliament on July elections with 9 seats.