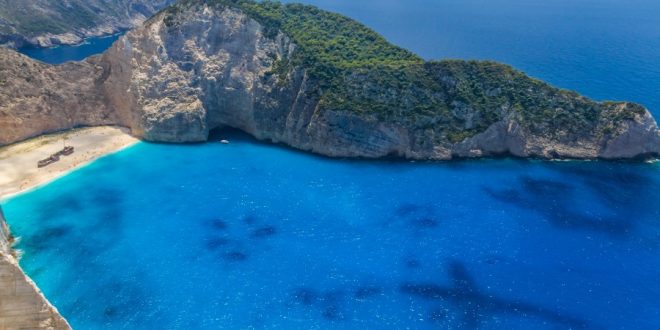 WWF tells Greece to “Save Paradise Zakynthos” from oil companies

August 5, 2019 environment Comments Off on WWF tells Greece to “Save Paradise Zakynthos” from oil companies 9,993 Views

Zakynthos, one of Greece’s most popular tourist destinations is at risk of ecological and economical disaster as drilling companies prepare to exploit thousands of kilometres of land, the World Wide Fund for Nature (WWF) has warned.

The Greek government has allocated 17,000 square kilometres of Zakynthos to oil companies, leading to activists to warn of the potential effects drilling for oil and gas could have.

“About a third of the GDP of the Ionian islands comes from tourism. So, imagine the scenario of a minor or greater oil accident and what does that mean for these islands,” said Demitres Karavellas, the director-general of WWF Greece.

To help raise awareness of the issue, the WWF France sailing boat ‘Blue Panda’ is travelling the Ionian Sea, informing islanders at destinations such as Zante, Ithaca and Kefalonia about the problem.

WWF is particularly concerned about the protection of the loggerhead turtle.