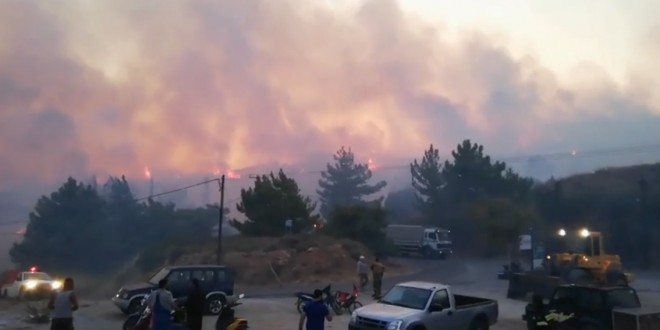 A big forest fire is raging on the island of Samos and authorities have ordered the evacuation of  two hotels as well residents of the area of Mesokampos near Pythagorio.

The fire broke out in a forest in Mesokampos short after 5 o’ clock Saturday afternoon. It spread quickly and went out of control due to the strong winds blowing in the area.

It quickly became dim because of strong winds. Authorities evacuated 2 hotels. The firefighting forces are constantly being strengthened.

According to Samos mayor Christodoulos Sevastakis, the two hotels were evacuated for precautionary reasons  and the thick smoke in the area.

For the same reasons residents were ordered to evacuate.

According to latest information, vessels of the Coast Guard are to transfer the evacuees in safer areas.

There are currently more than 30 firefighter with 13 trucks operating in the fire area, while another 40 are on the way to Samos with Super Puma helicopters. There are also 88 volunteers with 27 vehicles contributing to the efforts to reduce the blaze.

Aerial means to extinguish the fire stopped their operation due to the darkness.

All night the firefighters worked against the blaze and took it largely under control on Sunday morning. There are reportedly only a few small active fires in Pountes by Pythagoreio.

Some 200 tourists have returned to their hotels. A total of 5 hotels were evacuated for preventive reasons. 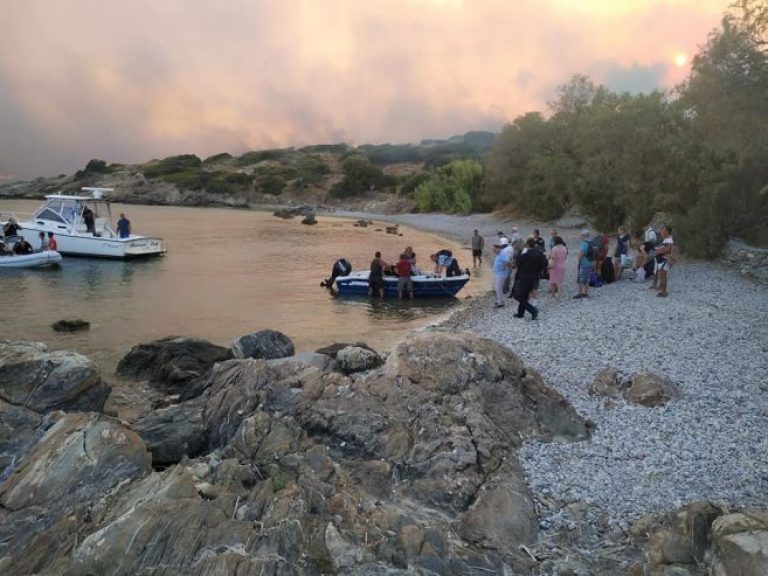 Private boats, vessels of the Greek Coast Guard and the Frontex participated in the operation to evacuate tourists from the beaches near their hotels via the sea way.

with info from samos24.gr and others