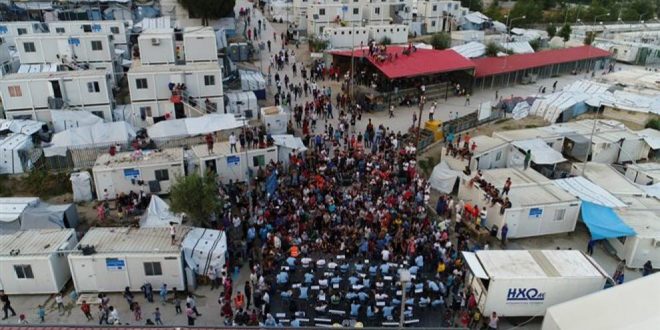 A  juvenile refugee died and two others were injured after a 15-yea-old Afghan boy stabbed them in the ward of unaccompanied minors in the hot spot of Moria on Saturday night.

It all started shortly after 10pm when groups of young refugees clashed with each other for unknown reason in the safe zone of Moria. For more than an hour there was general upheaval and clashes with stones and sharp objects.

All victims are of Afghan origin and of the same age as the perpretrator. One of the injured is iin serious condition.

Moria now hosts 9,300 people, the same as before the deal with Turkey in 2016. In total, the island is estimated to have more than 11,000 people (KYT, Kara Tepe, PIKPA, apartments) of which 4,000 could leave the island since they are vulnerable groups of the population with their families.

However, there is no immediate prospect of congestion on the island. According to information, the next inland transfer of refugees will take place on Monday and involves only 139 people.

It is worth noting that in the safe ward for moria’s minors there are about 600 minors, four times the capacity of the facility.