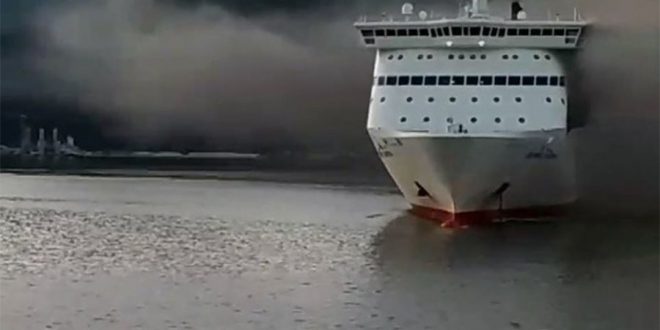 A fire broke out on passenger ferry “Olympic Champion” short after it left the port of Igoumenitsa for Venice, on Saturday morning. 538 passengers and large part of the 74 crew members are being evacuated.

The ship had arrived from Patras to the port of Igoumenitsa with final destination the port of Venice in Italy.

The fire broke out when the ferry had left Igoumenitsa and was approximately half nautical mile away from the port. 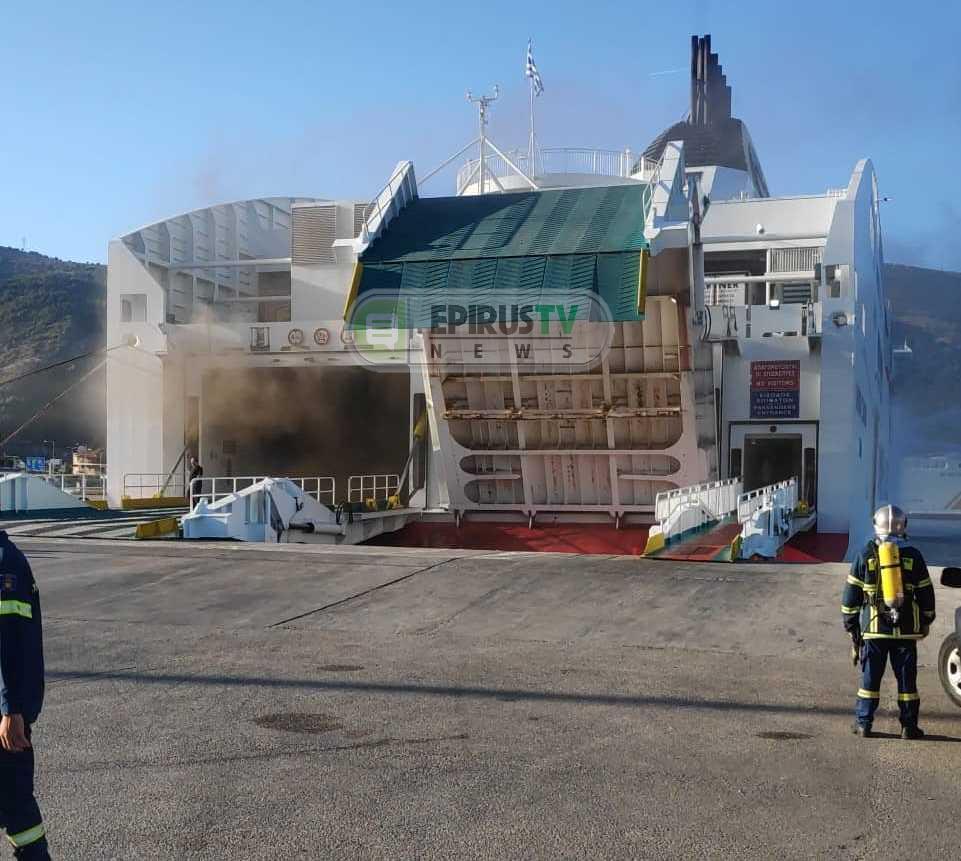 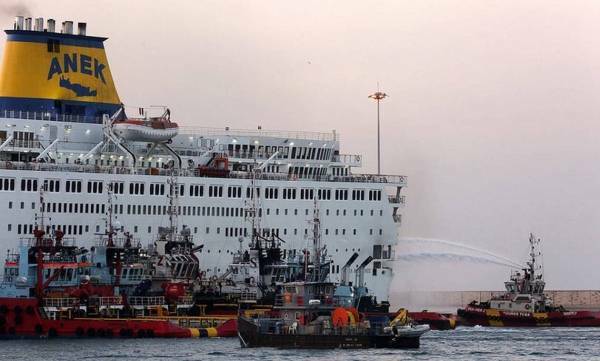 Fire brigades, a floating vessel of the Greek Coast Guard and and tug boat rushed to the ferry.

Media report that the automatic fire extinction systems of the ferry operated immediately.

Speaking to Skai TV, Manolis Lagadianos from Igoumenitsa Port Authority said that the fire started in the ferry’s garage.

According to preliminary information, the fire broke out in two trucks, two of the 293 vehicles onboard, media report. 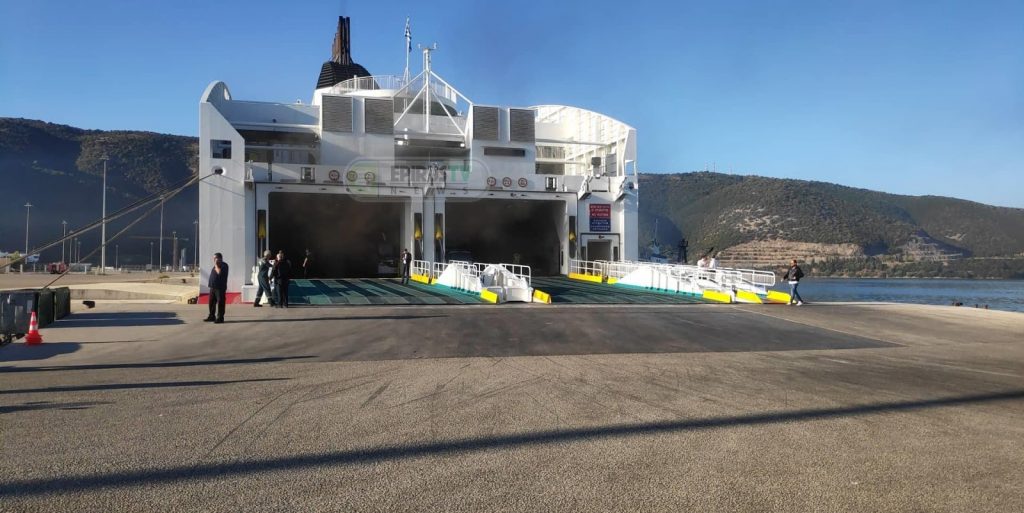 Short after 9 a.m., the fire was under control and passengers and crew members evacuated and in safety, reports epirustv.

According to media reports, two passengers one Greek, one  foreign national – suffered respiratory problems and were transferred to the local hospital.

Speaking to Open TV, a passenger said that the fire broke at about 7:30 am, one hour after the Olympic Champion had the port of Igoumenitsa.

Passengers realized that something was wrong when they smelled smoke in the cabins, the passenger said, adding that there was panic when they saw the smoke.

Crew members instructed passengers to go on the decks, reassuring them “it was not serious.” The ferry had already turned and was heading to the port, the passenger said.

Three passengers and one Kurdish stowaway were reportedly injured.

Fire fighters found the Kurdish man hiding inside a dump truck in the garage. He had fainted. He was transferred to a hospital where he remains hospitalized with respiratory problems.

Also one of the passengers suffered from respiratory problems. A second passenger suffered a burn wound on the leg and the third one complained about pain in the waste.

None of the crew members was injured.

Some lorries were completely burned, some others were partially damaged including the goods they transported.

According to the Port Authority of Igoumenitsa, evacuated passengers were transferred to the lounge of the port and some to hotels. All passengers are reportedly to reach Italy with other ferries of ANEK Lines expected to arrive in Igoumenitsa late in the evening.

The reasons for the fire outbreak remain unclear, media report on Saturday evening that one fridge-lorry got fire.

No sea pollution has been recorded.

The Port Authority of Igoumenitsa investigates the incident.