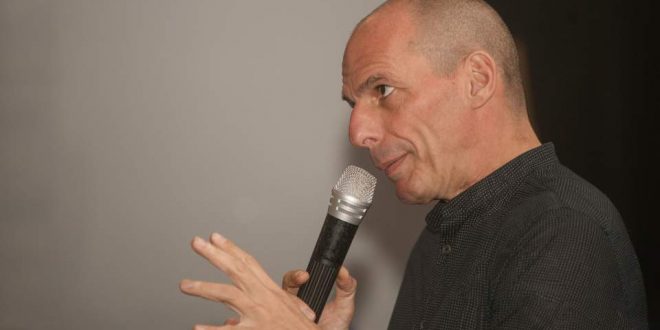 Secretary General of MeRA25 and former finance minister, Yanis Vourfakis, supports the closure of the reception and identification center of Moria on the island of Lesvos in the aftermath of the tragedy on Sunday.

In a relevant question submitted to Prime Minister, Kyriakos Mitsotakis, and the Parliament, Varoufakis requested the closure of Moria.

In his question, he emphasized that such camps like the one in Moria are incompatible with the principles and the values of a European country.

“A civilized society can not sit with arms crossed, when thousands of our fellow citizens are preparing to face the fifth harsh winter and be unprotected towards cold and rain,”

Describing the overcrowded reception centers as “concentration camps,” he called for the closure and the creation of many small hospitality structures across the country.

He also called on the government to abolish the “peculiar internal borders in the country, which deprive immigrants of the right to free movement within the country and trapping Greeks and migrants on the islands.”

“As a country, we should be ashamed,” Varoufakis said on Friday speaking at the parliament.

Inaugurating the Hour of the Prime Minister, Mitsotakis responded to Varoufakis saying that “the majority of people coming to Greece has the profile of an economic migrant not of a refugee.”

“Only 2 out 0f 10 are Syrians, to% are from Afghanistan and Pakistan and sub-Saharian Africa” he added.

He reiterated the new government position that “Greece is now facing a migration issue and not a refugee issue like in 2015.”

He rejected the closure of Moria saying the center “will host as many people as it has capacity for.”

He added “we don’t want walls and fences”  but what the government aims is “the implementation of rules.”

Mitsotakis outlined the government’s new policies concerning the issue. He said among others that “all children have to go to school” and “parents opposing this would face sanctions.” he did not elaborate on this.

He warned that “people refusing to move to other accommodation facilities will be included in the return procedure.”

He added also that the status of NGOs is to change “with control and transparency.” he was most likely referring to NGOs dealing with refugees and migrants.

He sharply criticized the lack of solidarity by other European countries.

PS The Prime Minister dedicated several minutes of his speech in criticizing the former SYRIZA government for its migration policy. [*sigh*]