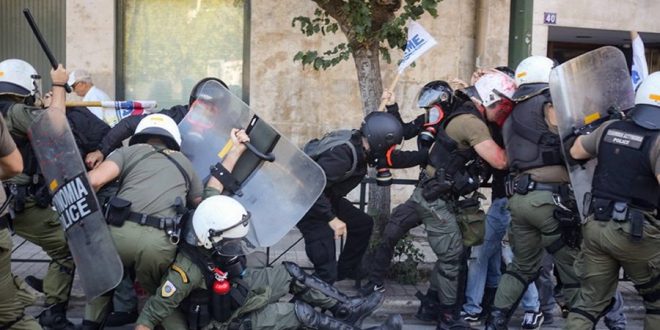 Greek police fired tear gas at members of Communist party KKE unionists of PAME marching in protest for the visit of US Secretary of State, Mike Pompeo, in Athens. Protests were held also in Thessaloniki. In both cities, protesters set American flags on fire.

The tension rose in Athens, when PAME members threw red paint at the statue of Harry Truman close to the US embassy in Athens. 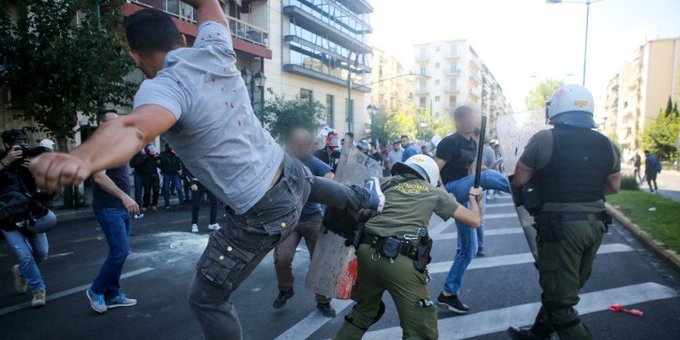 Protesters and riot police clashed with each other. 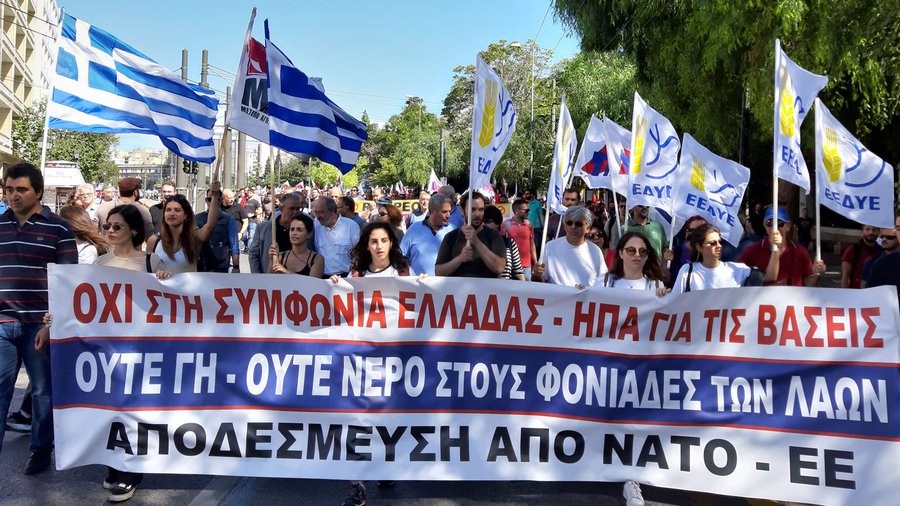 Banner:”No soil, no water to the people’s murderers.”

When the protest reached the US Embassy, protesters set an American flag on fire. 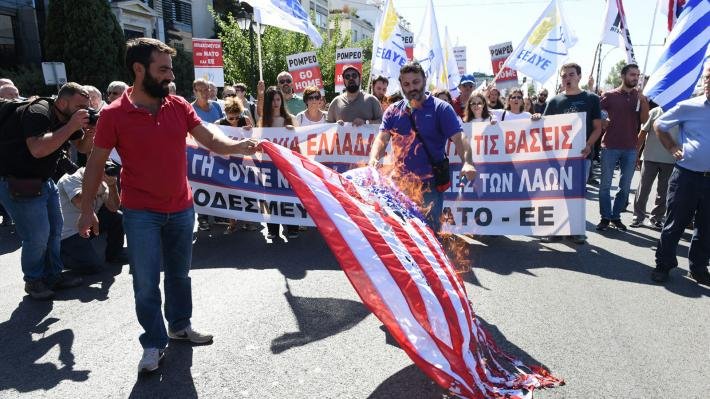 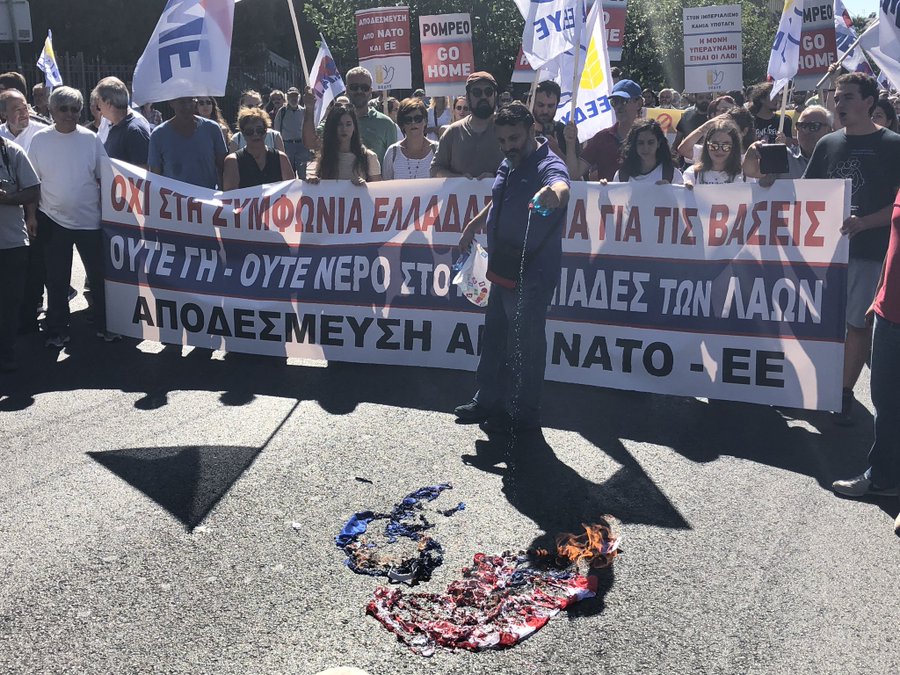 “We say a stentorian NO to the military agreement between Greece and the USA,” General Secretary of KKE, Dimitris Koutsoumpas, said during the protest march. “The signing of the new agreement between Greece and the US, and in particular the maintenance and expansion of the US military bases in Greece, will only lead to even greater insecurity for the Greek people, it will further destabilize the region, to an even greater involvement in interventions, on missions overseas and in imperialist wars.That is why we have a stentorian “no” to all of them today. We continue the struggle, we continue the resistance,” he said.

Also, there protesters set an American flag on fire.

No 1 on Greek Twitter is #PompeoGoHome – US secretary of state, Mike Pompeo is in Athens. Protests in progress. Photo from ones in city of Thessaloniki this morning burning the American flag outside the consulate.. pic.twitter.com/iPJ1cUA24a

Greek Communist party is known for its position against Europe, USA and the NATO.