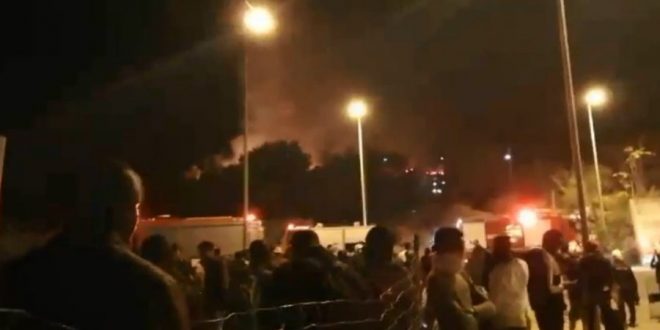 A fire broke out at the Reception and Identification Center of the islands of Samos late on Monday evening. According to initial media reports, the situation is serious, tents and buildings are burning down. 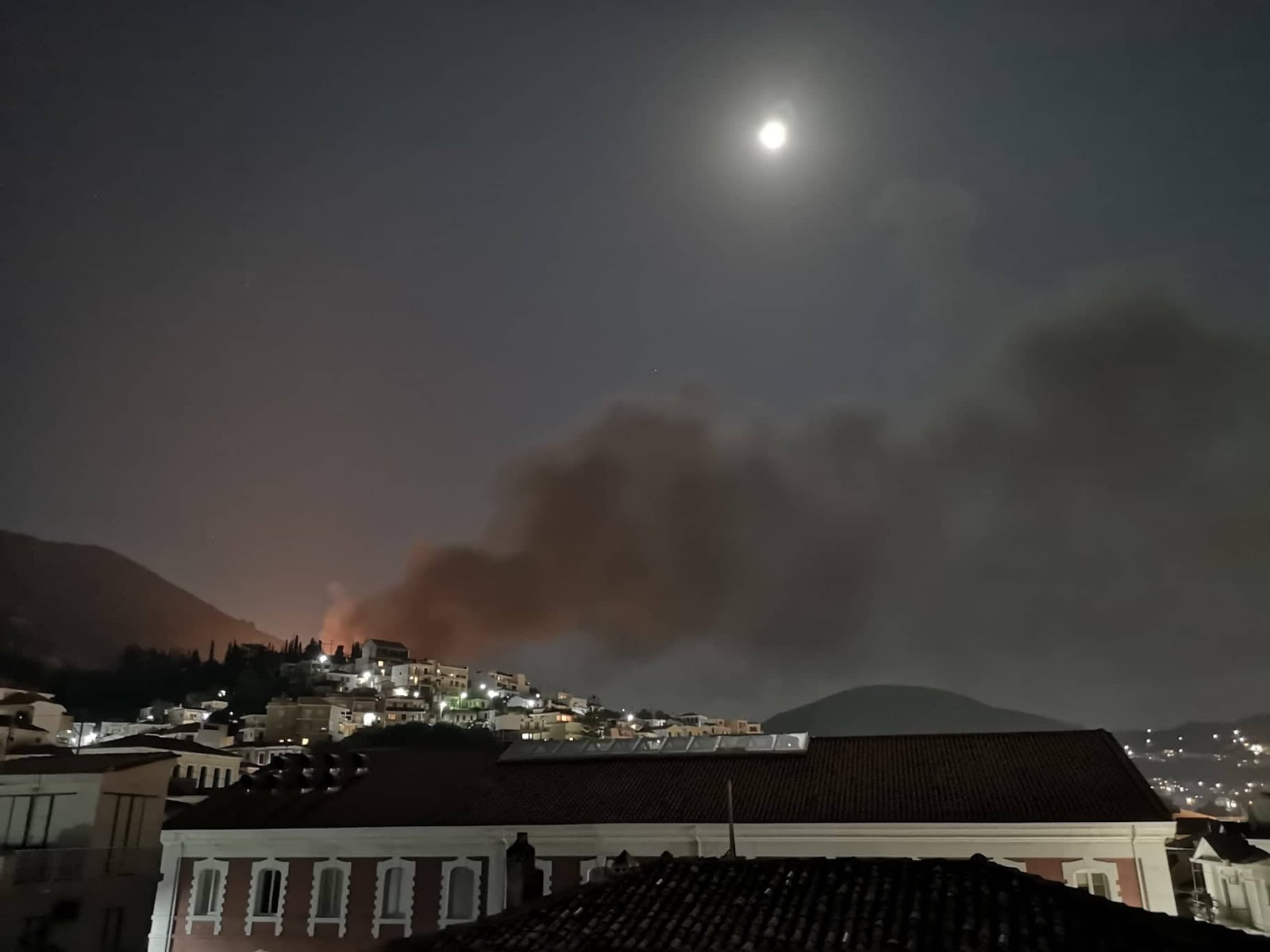 A big force of firefighters is trying to extinguish the blaze.

Thousands of refugees and migrants have been reportedly evacuated and are out on the streets and the port of the island’s capital, Vathi.

According to local media, the fire started following a brawl between Afghans and Syrians.

The two groups brawled in a public park outside he camp around 7 o’ clock in the evening. They used knives with the effect that three of the men were injured and taken to hospital. Two men involved in the brawl fled.

A little later, migrants and refuges started to exit the camp holding pieces of wood. Riot police and local authorities rushed to the camp in order to hinder the worse. Police used tear gas.

the fire broke out at around 9 o’ clock.

The Mayor of East Samos, Giorgos Stanztos, told ANT1 TV that the fire is due to arson. He said he witnesses with his own eyes how the fire started. 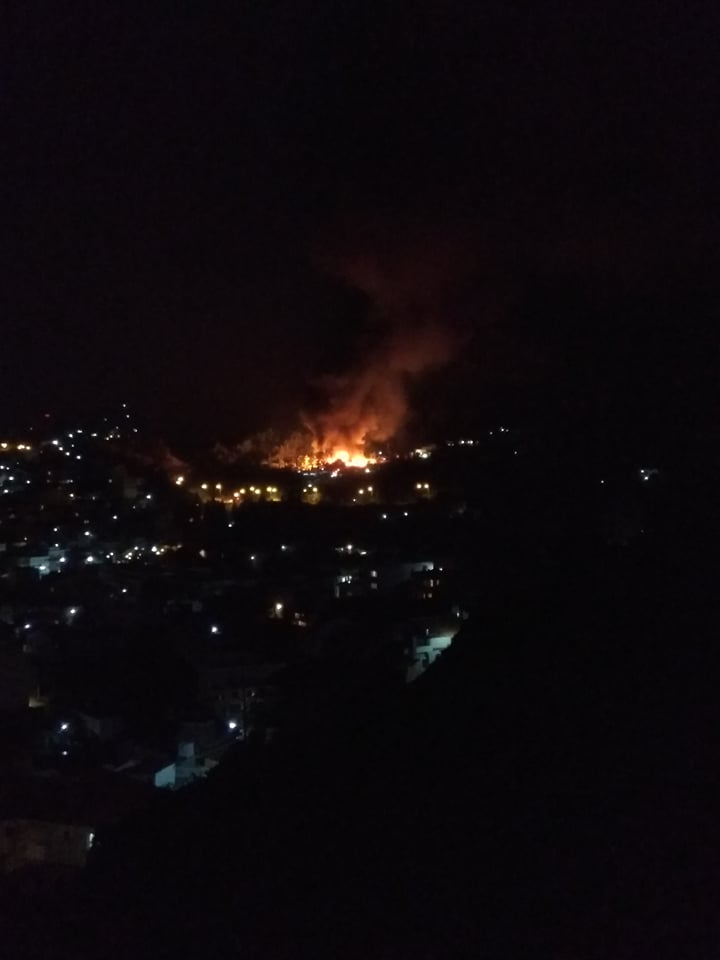 The hot spot of Samos is another overcrowded camp, currently hosting 5,700 people, while its capacity is for 650.

The fire occurs two weeks, after a blaze took the life of an Afghan woman in the overcrowded hot spot of Mora on the island of Lesvos.

Firefighters managed to extinguish the fire in the early morning hours of Tuesday.

Tents hosting a total of 700 people were burned down. 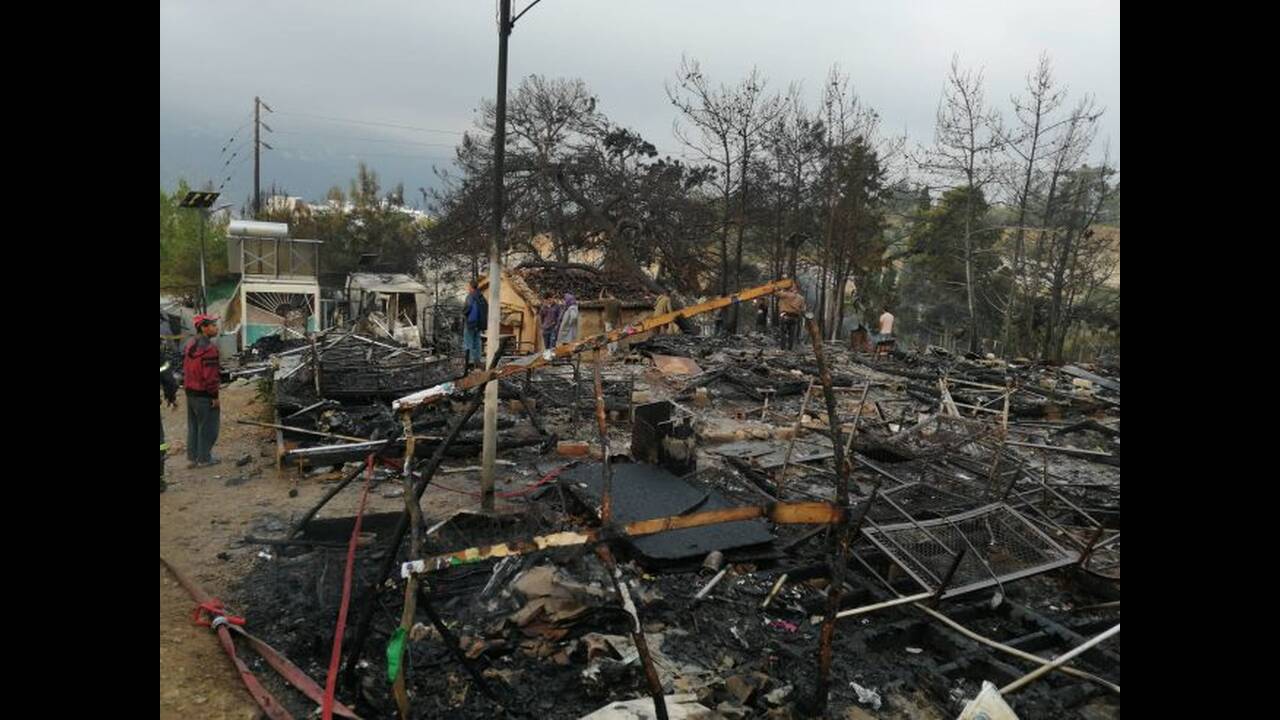 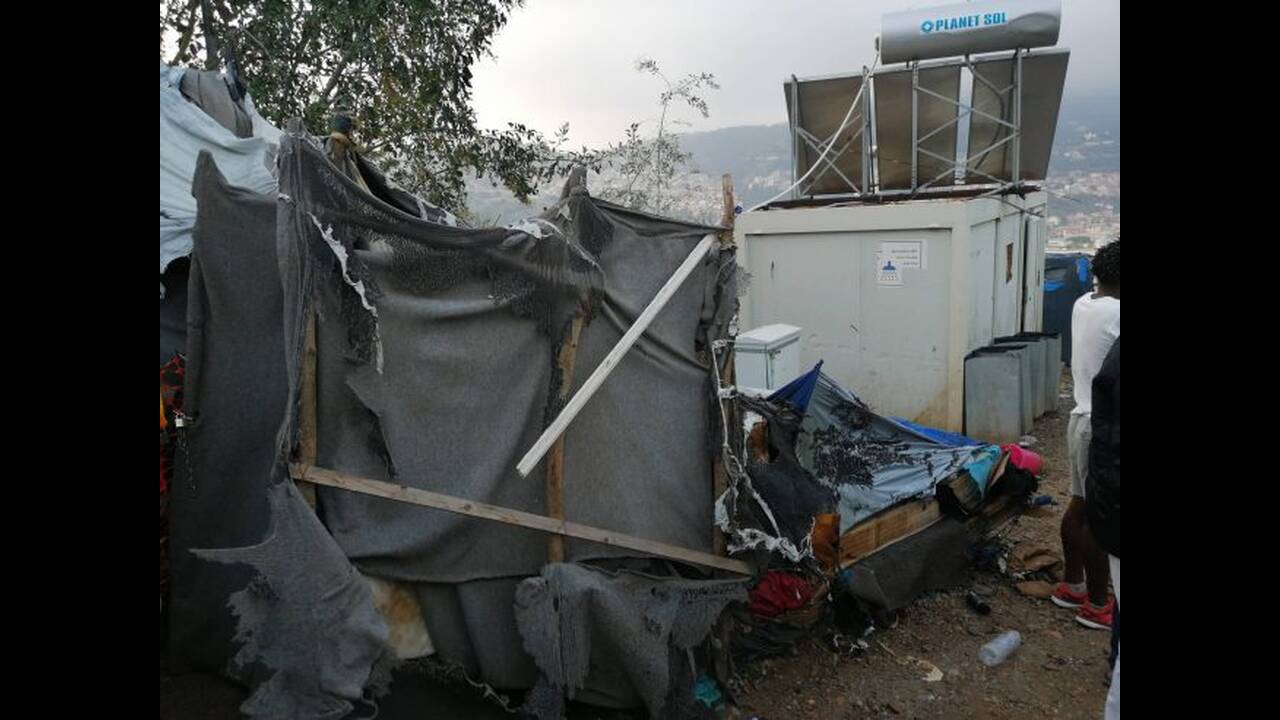 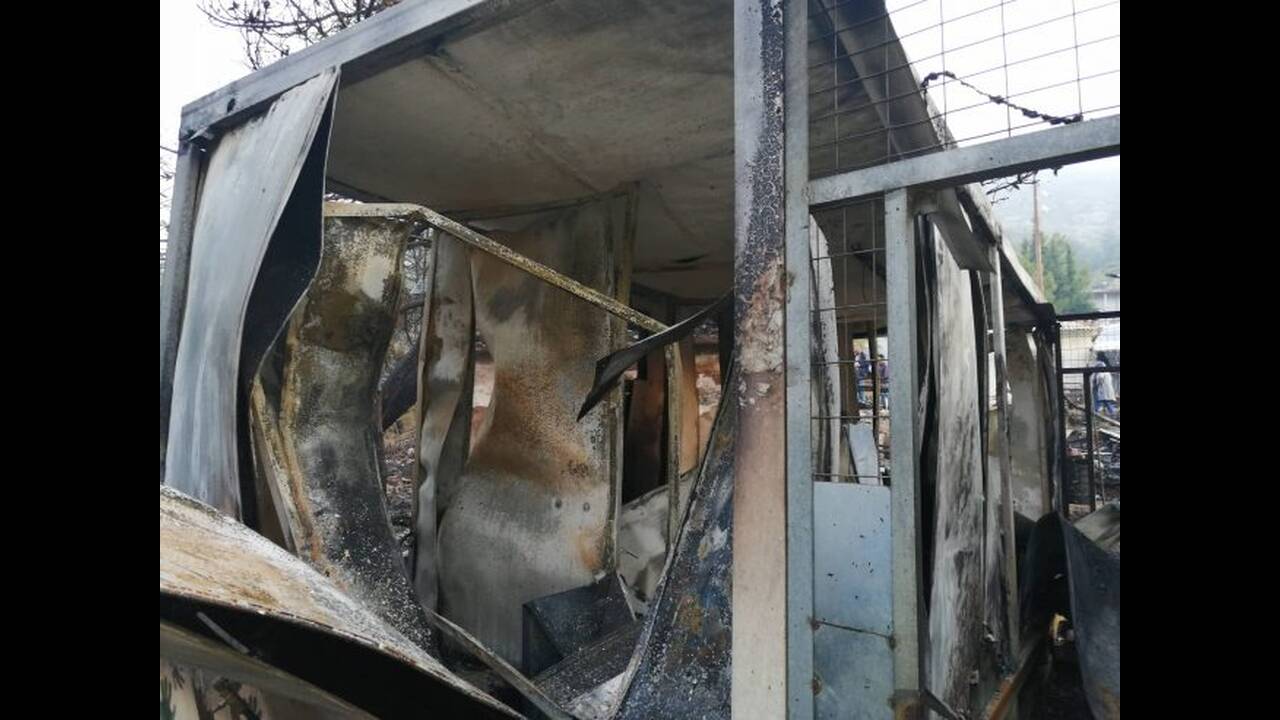 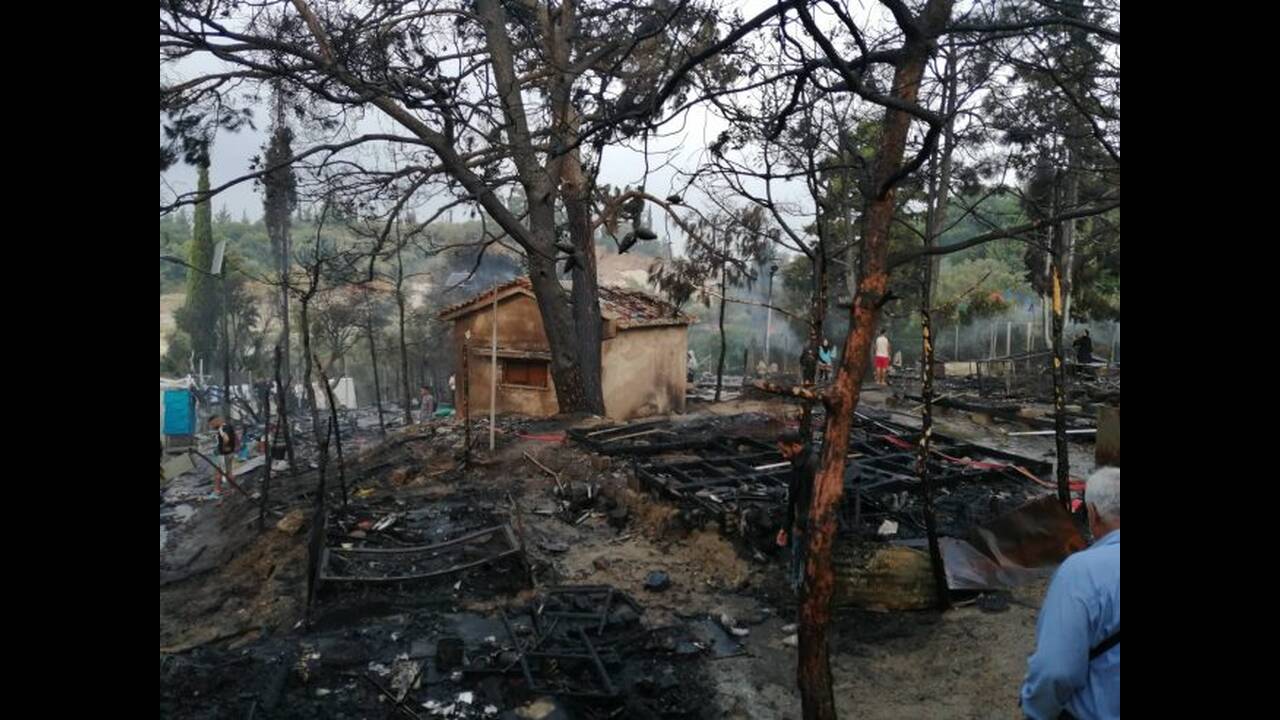 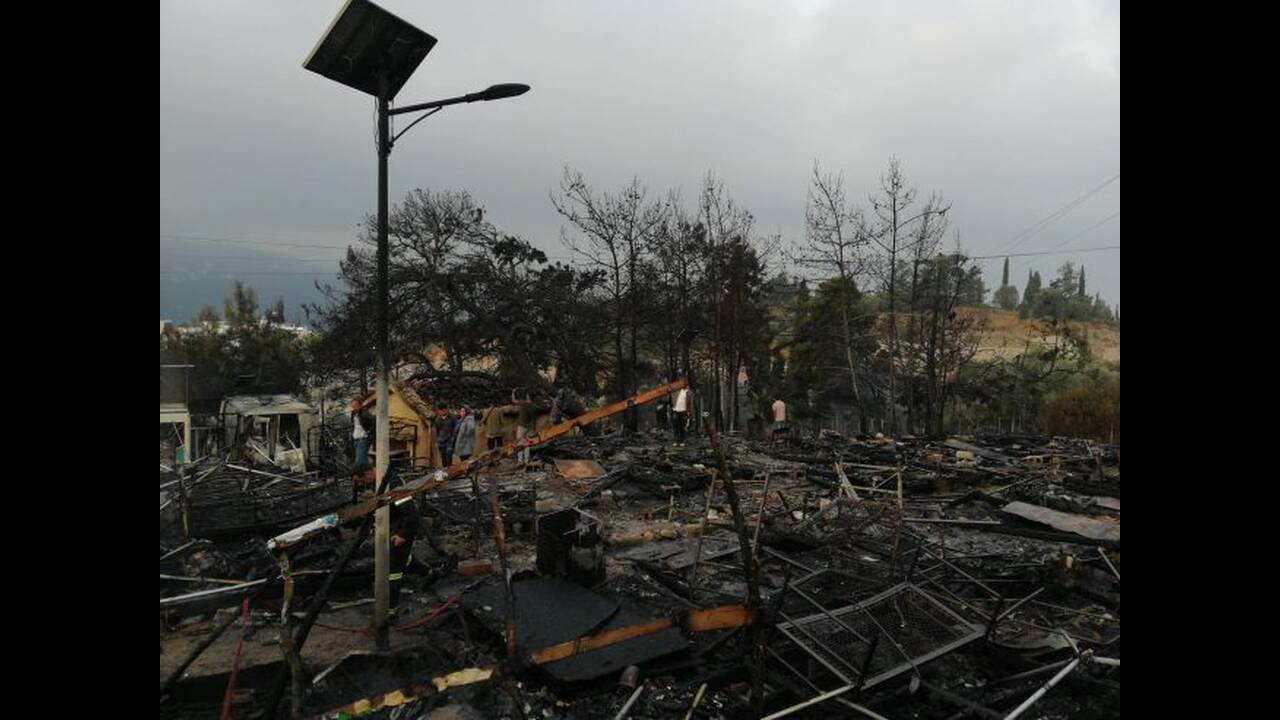 The majority of refugees and migrants returned to the camp.

Mayor of East Samos, Giorgos Stantzos, told media “we are in a state of emergency, we demand that all these people leave the island.” He reiterated that the fire was caused by arson.

Due to the “emergency situation” local authorities decided that schools remain closed on Tuesday.

Speaking to Ant1 TV this morning, Regional Governor of North Aegean, Kostas Moutzouris, said that “locals are in desperate situation as there are 7,000 inhabitants in Vathi and 6.500 refugees and migrants living in the town.”

The situation in the North Aegean is “tragic”, he stressed urging “the government has to take up the issue.”