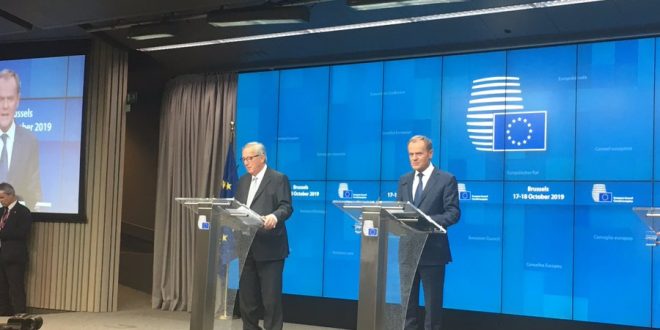 French President Emmanuel Macron blocked on Friday the begin of EU accession talks with North Macedonia and Albania. In support of French position were also the Netherlands and Denmark. The EU Summit deeply disappointed the two Balkan countries, as unanimity is required for new EU member states.

Macron said the membership bids of Albania and North Macedonia could not progress until the EU changes how and when candidates are vetted on meeting accession targets which range from economic policy to human rights and the rule of law.

Tusk, Juncker, Merkel, Conte… expressed disappointment on the #EUCO inability to opening accession talks with Albania and North Macedonia.
Macron: “I am sorry to not always concede to the tyranny of the majority, to the pressure of the masses.” https://t.co/L8pfLwPMT9

“It is a mistake. I feel really embarrassed today. Both countries have passed their exams. I can’t say the same about our member states,” Tusk said. He called on both countries to remain on European path. He called the Prespes Agreement “an extraordinary achievement.”

Juncker added, though, “it is an EU mistake but not a failure.”

Albania and North Macedonia submitted their application to join the bloc in 2009 and 2004 respectively and have since taken steps to align themselves more closely with European standards.

North Macedonia signed the Prespes Agreement with Greece in summer 2018, changed the country’s official name and Constitution in order to be able to join the NATO and the EU.

Prime Minister Zoran Zaev, urged EU leaders on Thursday to “not put out the bright star we are striving for.”

“We have worked hard and we are ready to work even harder and to face all the challenges that come with the process,” he wrote on Twitter.

Following the EU block on Friday, a political turmoil has reportedly broke out in North Macedonia with the nationalist opposition party VMRO to demand early elections.

There are rumors that PM Zaef may step down.

“It is clear there is a large majority that understands it all and there is a smaller (group of) countries that has a different understanding, so it is a fight within different approaches of the EU,” Rama said.

The European Union is to deal again with its enlargement at the Summit in Zagreb in May 2020.