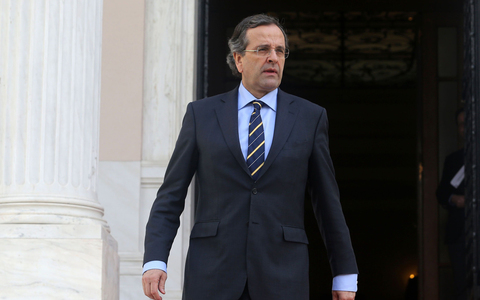 The Greek Helsinki Monitor has filed two lawsuits against former prime minister, Antonis Samaras, and current Shipping Minister, Yannis Plakiotis, for “spreading false news on racist motives and public incitement to discrimination and hatred against refugees.” The lawsuits refer to a speech by Samaras at the New Democracy congress on Sunday, and Plakiotakis interviews to Ant1 TV.

Speaking at the ND convention, Samaras said among others that the majority of people arriving at the islands were not refugees “but illegal intruders.”

“Out of all those trapped in the hotspots today, the vast majority are not refugees. They are migrants who entered illegally, Therefore, they are illegal migrants. illegals… They entered illegally as “invaders”… True refugees, as defined by the Geneva Convention, are nowadays very few… Our country now has an informal illegal settlement,” Samaras said.

Minister Plakiotakis said in this interview with private ANT1 TV:

“There is an issue of the country’s invasion by illegal migrants.”

In its statement the GHM recalls the definitions of “settlement” and “invasion.”

To the claim that they are no longer “refugees,” the organization quotes the UN High Commissioner for Refugees Filippo Grandi, who publicly declared in Athens on Friday that “the majority of people arriving at the Greek islands this year were refugees, mainly from Syria and Afghanistan. ”

Regarding the use of the term “illegals” for immigrants and refugees, the Racism Observatory quotes a ruling by the Supreme Court on July 26, 2018. This term “is not established, can also be humiliating to one’s personality. Furthermore, the term is not included in the Greek legislation where the terms “migrants, refugees, asylum-seekers, economic migrants, irregular entry into the country” are used.

The term “illegals” contributes to “phenomena of xenophobia and racism,” the court had ruled.

The Greek Helsinki Monitor (GHM), founded in 1993, monitors, publishes, lobbies, and litigates on human and minority rights and anti-discrimination issues in Greece and, from time to time, in the Balkans. It also monitors Greek and, when opportunity arises, Balkan media for stereotypes and hate speech.