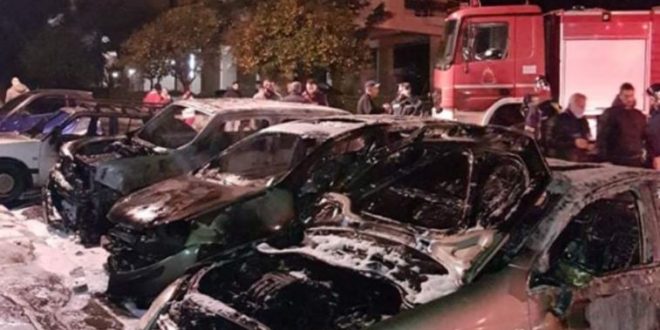 For the third consecutive night, arsonists targeted private cars in several suburbs of Athens, destroying a total of twenty vehicles.

The series of attacks started in Maroussi, Polygono, Agia Paraskevi, Ymittos in the North-East and ended at the Philipappou Hill near Acropolis. Twelve cars were set on fire alone in Maroussi.

The arson attacks took place in residential neighborhoods between 1 and 3 o’ clock Wednesday morning, causing panic among the residents who heard the explosions and saw their cars in flames.

The previous night, six cars were set on fire in south and west suburbs of Athens, and another six the night before.

Police investigates the attacks, however, there have been no detentions or arrests, so far.

Media note that police suggests, the arsonists belong to the Exarchia and squats scene, who have been annoyed by the sweeping actions of the police and they try to create demonstrate to authorities that they can create chaos in other areas as well.