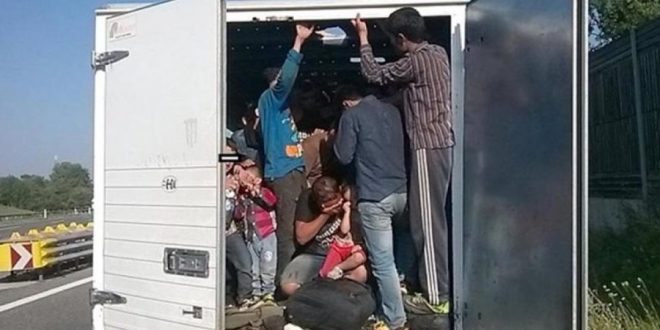 Migration influx has subsided, both on land and sea, says Greece

January 25, 2020 Greece Comments Off on Migration influx has subsided, both on land and sea, says Greece 974 Views

Migration influx has subsided both on land and sea, Greece’s government spokesman Stelios Petsas said on Saturday. He attributed the decrease with better border guarding and accelaration of asylum procedures.

During his visit to the city of Alexandroupolis in north-eastern Greece, Petsas emphasized the strengthening of the police force and the measures taken to improve the guarding of the country’s borders.

Regarding the land borders to Turkey via the Evros river, the government spokesman said that 400 border patrol officers are to be recruited.

“In the context of safeguarding our borders, we are doing what we need to do to reduce flows (to Greece), as these have declined lately-both on land and sea, and we are speeding up asylum application procedures,” he added.

He underlined that Greece has started the return of migrants back to Turkey according to the EU-Turkey Agreement of 2016.

“We started the returns to Turkey last Friday and we continued through to this Friday,” he said,

“as far as those who are not entitled to asylum protection are concerned, the relevant ministry informs the police, the police then informs the relevant Turkish authority who then contacts Frontex, then the latter undertakes the returns to Turkey,” he said.

Last week, Petsas had announced that 11,000 asylum seekers will be relocated from the islands to the mainland, while 10,000 migrants will be returned to Turkey during 2020.

So far, 9,000 asylum seekers have moved from the islands to structures in the mainland, he added.

The conservative government has an ambitious plan to tackle migration including acceleration of asylum procedures.