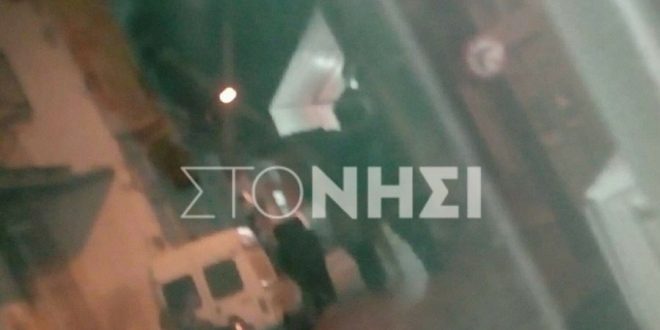 Police on the island of Lesvos has arrested seven Greek extremists who were conducting street and house to Greeks and foreign nationals in the village of Moria. All members of the so-called “control squad” or “raid battalion” were wearing helmets and holding bats when they arrested on Thursday night.

All arrestees are men, police is looking for two more.

Authorities investigate illegal acts conducted by the extremists both in Moria and the wide area of Mytilini in recent days.

According to local media stonisi and lesvosnews.net, they are to appear before the prosecutor and face charges for violating gun laws and for setting up a criminal group acting like a “raid battalion.”  Later it was reported that they will be charged also for violating “anti-racism laws. Authorities reportedly investigate also whether they were involved in criminal acts in the past, ANT1 reported.

UPDATE: According to latest information for the island, five of the arrestees are Greeks, one is Bulgarian national and one Albanian, all aged 17-24.  The two still sought by the police are a Greek and a foreigner, both minors. 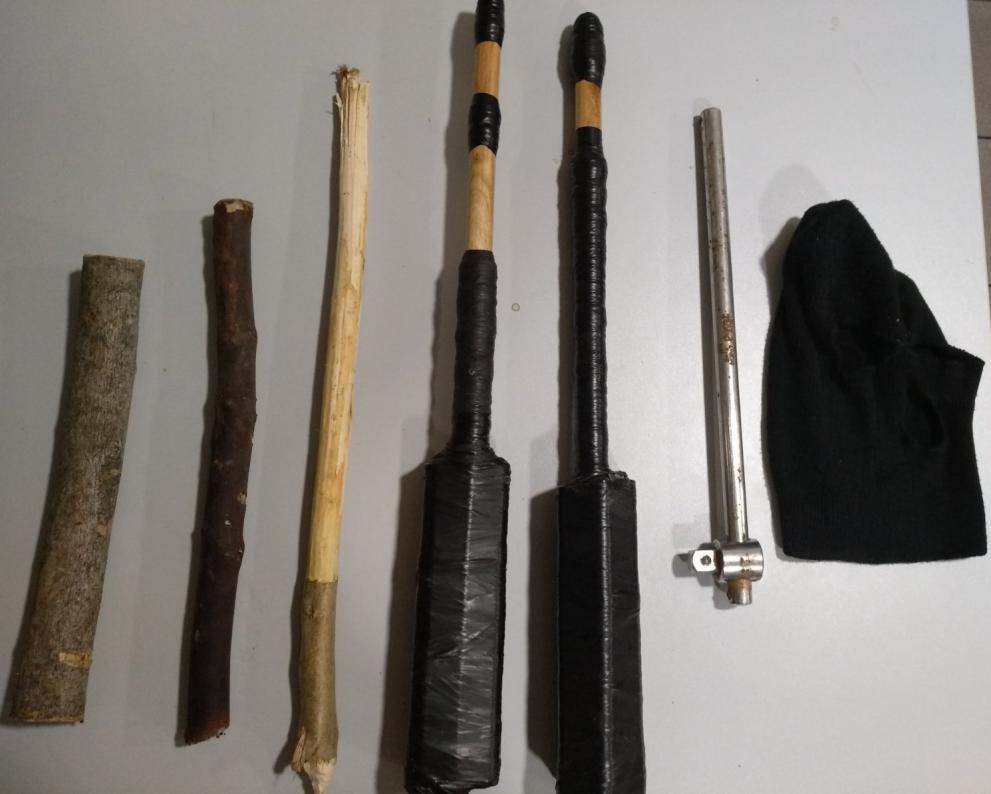 Seized have been 5 wooden bats and one metal stick as well as full face mask, reports, levsosnews.net.

Although authorities have been denying the existence of such groups, a exclusive video captured them as they terrorized customers of a bar in downtown Mytilini two days ago. They men wear masks, black jackets and threaten the bar’s customers they “do not like.”

According to eyewitnesses, these young men were also checking Greeks and foreign nationals passing by the main commercial Ermou street.

The “squad” has also “raided” a cafeteria on the same street, where students, workers and volunteers of non-governmental organizations involved in the refugee crisis hang out.

The same group of people, always with masks and bats, had reportedly conducted controls in the village of Moria on Tuesday  night.

They checked in homes and shops for foreign nationals, asylum seekers, volunteers and NGO-workers. According to confirmed reports, they broke the car of an Italian NGO worker with two asylum-seekers on board. Police intervened following locals’ phone calls.

The atmosphere on the island is tense not only due to the asylum-seekers’ protest beginning of the week but also due to the objection of local authorities and residents to the government plans for closed accommodation centers.

Far-right extremists try to take advantage of the situation, fake news against refugees, migrants and asylum seekers are spread on daily basis.

A local group has reportedly also posted on internet calling on “armed violence” against the refugees.

Police on Lesvos has not been famous for its intervention against far-right extremists.

The last think the government wants, though, is a spark to provoke unprecedented situations on the island.