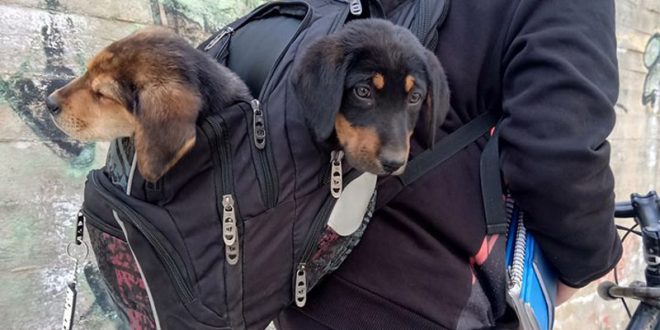 High-school boy rescues puppies dumped on a road in Chania

February 14, 2020 animals Comments Off on High-school boy rescues puppies dumped on a road in Chania 843 Views

A high school boy in Chania emptied his back bag from school books and put two puppies inside. He had spotted them dumped on a street and fearing the two cutties would be hit by a car, he quickly found this clever solution: to carry them to school where he knew one of the teachers was an animal lover. 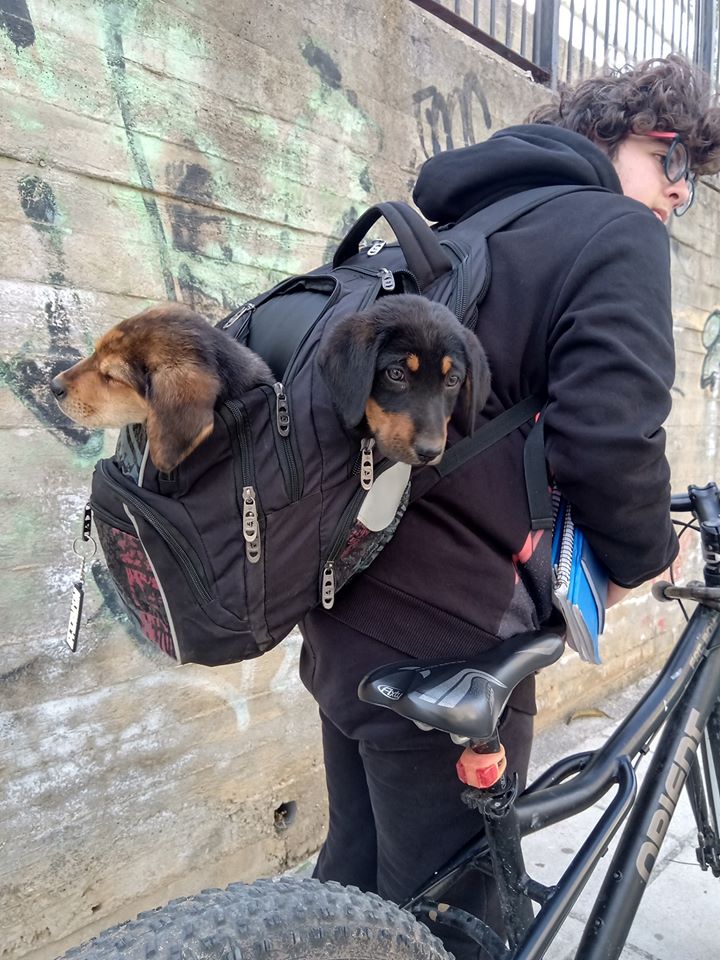 The story became known by a Facebook user who accidentaly met the boy on Wednesday.

“As I was walking down the street, I met the kid you see on the picture; I was impressed and asked him where is he taking the puppies to,” Dimitris Vrettos writes.

The boy responded that he had just found them a few meters away dumped outside a vet clinic.

“So the boy emptied his bag and put the puppies inside fearing they could be hit by a car.” Vrettos quotes the young rescuer.

Carrying the puppies and holding the books, the boy was bicycling to school.

“He told me that there was an animal loving teacher in the school who may help him find a home for the puppies,” Vrettos notes, congratulating the young rescuer. “The same thing I promised him too, that I would try to find a loving home for these beautiful puppies,” he added.

The puppies, most probably Gecca hounds breed, medium size, will be in the 3. General Lyceum of Chania in Koumpes, Chania, Vrettos stressed, appealing for the puppies adoption.

If the youth behaves like that, there is then certainly hope in this country with so many cases of animals abuse.