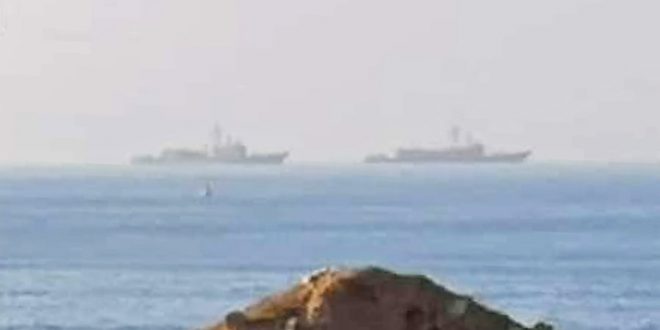 EU foreign ministers announced on Monday a new operation in the Mediterranean Sea to enforce uphold a United nations  arms embargo on Libya that is routinely flouted.
The foreign ministers said on Monday that they have agreed to launch a new mission in the Mediterranean Sea to enforce a United Nations arms embargo on Libya that is currently routinely flouted.
We all agreed to create a mission to block the entry of arms into Libya,” Italian Foreign Minister Luigi di Maio said. He added that the mission would include a naval element, which had been a sticking point for some member states.
The agreement reportedly followed a fierce debate. Countries like Austria and Hungary were deeply opposed to the  operation called Sophia being revived because it was also used for search and rescue of migrants.
EU foreign policy chief Joseph Borell said “we can call this a victory.” He hopes that the mission will be in operation next month.

Rules of engagement have still to be worked out.

Borrell said that if an EU ship reinforcing the arms embargo spots an arms shipment, it will be able to stop it. They won’t be there “for a promenade.”

Interesting enough, the foreign ministers did not spear a word about monitoring ongoing military cooperation between Turkey and the Al-Sarraj government in Tripoli.

Haftar’s forces launched an offensive in April to take the capital Tripoli, but are being held back by the GNA forces.

‘The arms embargo has become a become a joke’

Libya has been under an arms embargo since the 2011 uprising that led to the removal and killing of longtime leader Muammar Gaddafi.

The embargo has been regularly violated by different groups, according to the United Nations.

Since 2014, the United Arab Emirates and Egypt have provided the LNA with military equipment including aircraft and helicopters, while Moscow has provided mercenaries.

The GNA is being supported by Qatar and Turkey, which has sent as many as 2,000 fighters from Syria.

On Sunday, Stephanie Williams, the UN deputy special envoy for Libya, said the UN-backed arms embargo had become a joke and the country’s financial position was deteriorating rapidly, after foreign ministers met in Munich to try to enforce a ceasefire between the two warring sides.

Last week, the UN Security Council passed a resolution calling for enforcement of the arms embargo and a ceasefire.

Williams said: “The arms embargo has become a become a joke. We all really need to step up here.

“It’s complicated because there are violations by land, sea and air, but it needs to be monitored and there needs to be accountability.”