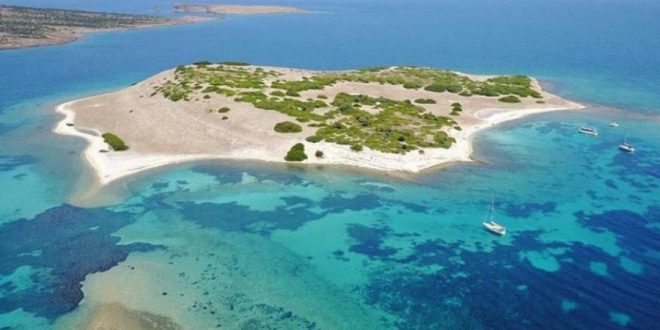 A surprise proposal by local authorities on the island of Lesvos: The new closed migration center should be constructed on the uninhabited islet Tokmakia near Lesvos and not in Karava area as the government has planned.

Regional Governor on North Aegean Region, Costas Moutzouris, has reportedly already submitted the proposal to the government that is seriously considering it, local news website stonisi reports on Friday.

According to the proposal, the new closed migration center should be constructed on Aspronisi one of the uninhabited islets complex Tokmakia, 5 nautical miles from Mantamados in North-East Lesvos. 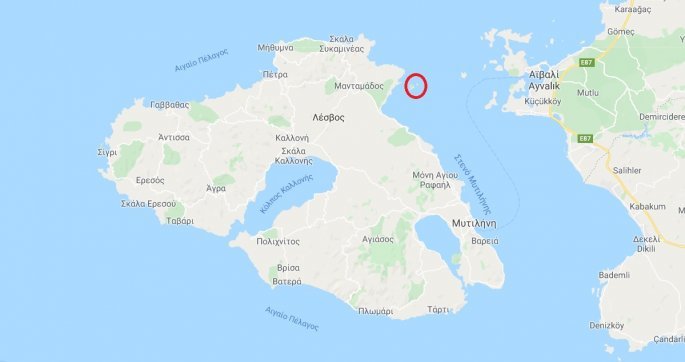 It has a surface of 560 acres, that is twice the seize of the area to be requisited in Karavas bei Mantamados for the construction of the structure. The beautiful, ‘exotic’ islets are a favorite summer destination for fishing and diving.

Some members of the elected local authorities have reportedly consider that the “islet” is better than the area chosen by the government and already are discussing about it.

“I don’t know if there is enough water and other infrastructure for 7,000 people. If so, why not looking at it?” “a competent source told daily ethnos.

Local authorities and residents have vehemently rejected the Migration center in Karavas, staged protest actions and broke the dialogue with the government. After Migration Minister Notis Mitarakis declared  to “freeze” the requisition of properties and land plot for a week and visit the island over the weekend to discuss again the issue. Locals insisted that the dialogue should start from “zero point.”

Surprise, Number II! This idea can be hardly implemented. For environmental and practical reasons, including logistics.

We read that the Tokmakia islets are part of the Network of Protected Aegean islands. They have been designated by the Aegean Ministry as ‘islands of exceptional natural beauty’ where only traditional activities (livestock, fisheries, agriculture and beekeeping) are allowed.

Kamila facing the Tokamakia Islands (my favorite beach in Lesvos..). from Emilio De Capitani on Vimeo.

In particular, the Tokmakia islets complex is part of a Special Protection Area, and is an important breeding ground for the Aegean gull Larus audouinii, a protected species that occurs only in small numbers in the Mediterranean Sea. 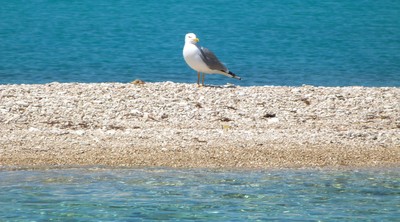 The migration center cannot be 100% closed, a prison so to say, then there will be no funds by the European Union. Therefore, as the Migration Minister said last week, refugees and migrants will be allowed to go out twice a day, morning and afternoon, for make their shopping, especially to cover their needs for meals.

How will they do it when they are on a remote islet?

Will the EU still fund such a project violating human rights and harming the environment?

Ps those on Lesvos have some very wild dreams….