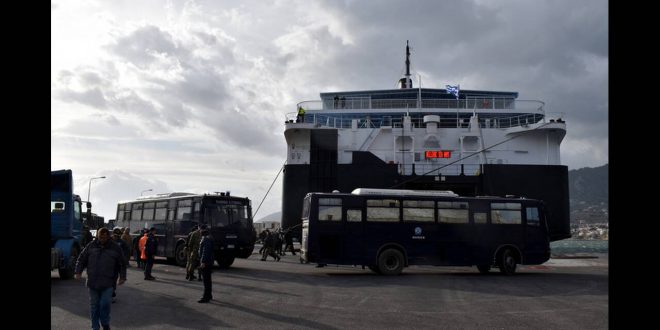 February 27, 2020 Greece, Politics Comments Off on Riot police withdraws from Lesvos & Chios after raging against locals and cars (videos) 1,593 Views

Eight riot police squads departed from the island of Lesvos on Thursday morning after an unprecedented use of violence against people and …parked cars.

The squads embarked ferry “Nisos Rodos” at 9 o’ clock in the morning. Loaded were also police buses, machinery and equipment that was transferred to the islands last Monday night in order to facilitate operations in Kavakli-Karava where the new closed migration center is to be constructed. 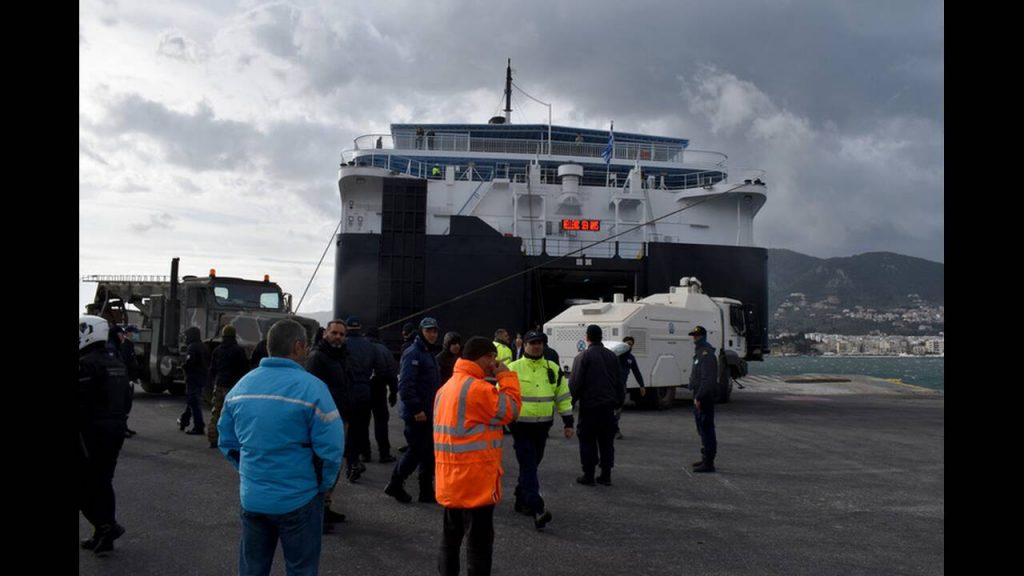 The ferry on an extraordinary schedule is to transfer to Athens also riot police forces from the island of Chios at 12 o’ clock noon.

Locals see in the withdrawal a “huge defeat for the government,” however, they are still in rage about the extensive use of violence committed by the riot police during the two days they stayed on the islands.

The violence was not only against protesting locals but against vehicles as well.

Citing locals, state broadcaster ERT TV reported that riot police have destroyed more than 100 vehicles on the island of Lesvos.

At the same time, they set six forest fires by launching flash grenades in the area of the site.

They have apparently also used teargas expired 40 years ago!

Despite the withdrawal of the “official troublemakers,” the atmosphere is still tense on Lesvos and Chios, where authorities and trade unions of public and private sector have declared a 24-hour strike for the second consecutive day.

The Prime Minister has summoned the mayors of the islands to Athens today to discuss ways out of the crisis. However, he excluded the Regional Governor of the Aegean Region, Kostas Moutzouris, who used vulgar expressions against him during a live interview with a TV channel on Wednesday night.

PS We always thought that “troublemakers” were the anarchists in Exarchia. Apparently, every riot cop has the right to damage private property in the name of “institutionalized violence.”