Breaking News
Home / News / Politics / Greece / Evros: Greece to extend the fence on the borders with Turkey to 40km 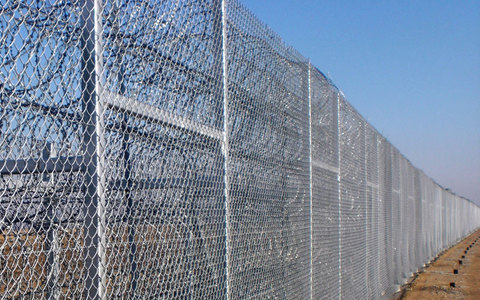 Evros: Greece to extend the fence on the borders with Turkey to 40km

March 6, 2020 Greece, Politics Comments Off on Evros: Greece to extend the fence on the borders with Turkey to 40km 1,671 Views

Greece will extend the fence to its Evros borders with Turkey to 40 km, government spokesman Stelios Petsas said on Friday morning. The additional fence will be installed in “sensitive” areas preferred for illegal entries by migrants and refugees.

Speaking to ANT1 TV, Petsas noted that at the moment the most vulnerable border point is in the south.

The current 12.5 km fence of land access points is installed north and south of Kastanies customs office, where thousands of migrants and refugees have amassed.

Sections such as Ormenio, Gardens, Feres, Tychero, Soufli, Dikaia, Dilofo, Marassia, Nea Vyssa and elsewhere have been designated as the areas where the new fence will installed by the Greek Army and support by the police.

According to a report by daily Elftheros Typos, Greece’s Plan B aside from the fence extension is the presence of about 4,000 police officers and soldiers in parallel patrols, helicopters, unmanned aircraft, message broadcasting, cameras for audio-video.

A Greek Army – Greek Police “joint operations center” is to be established in Nea Vryssa.

According to the daily more than 1,000 soldiers, two commandos squads, 1,500 police and national guards are currently operating in the Evros area.

Petsas underlined that the Greek government has changed its policy because there is a national security issue at the moment.

He reiterated the new policy saying that “no one will cross the border.”