The President of the Hellenic Republic, the Prime Minister and the leaders of opposition parties gathered at the Monument of the Unknown Soldier to honor the Greek Independence Day. A different, an unprecedented and much quieter ceremony held in times of the coronavirus pandemic

Politicians kept a 2-meter safety distance to each other and so did members of security forces and body guards.

The band that usually gives power to the ceremony was kept small. According to restrictions no more than ten people and at a distance to each other. 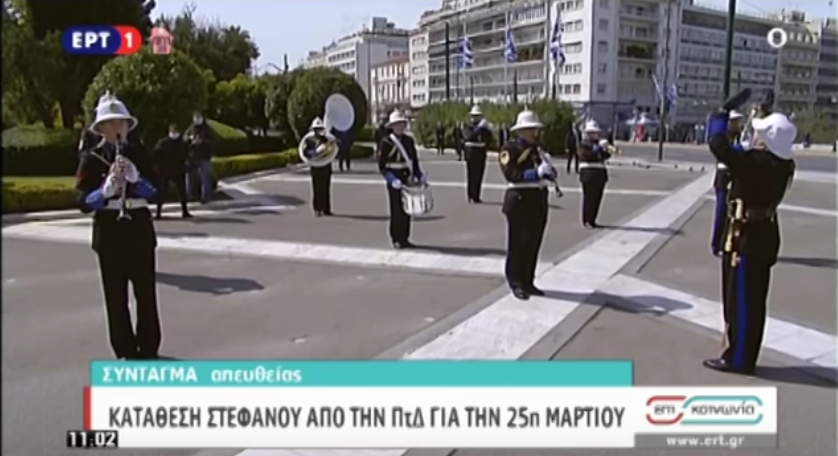 The ceremony was held short and at the very basics, no spectators holding Greek flags and children in traditional uniforms of 1821. All noise came from the Air Force and the band that played a very sad national anthem (towards the end of the video)

All parades have been cancelled across the country already before the lockdown on March 23.

Short after 11 o’ clock a ceremony was held also in Kastanies border crossing Evros, north-eastern Greece, where hundreds of security personnel have been deployed to withstand Turkey’s efforts to send thousands of migrants to Europe.

In such difficult times, Greece could not totally abandon the celebrations on the occasion of the March 25.

The Greek Air Force boosted the morale with F-16 flights across the country. From Thessaloniki to Corfu, from Alexandroupolis to Lesvos, from Kastoria to Tripolis, Sparta, Kalymnos and Patmos.