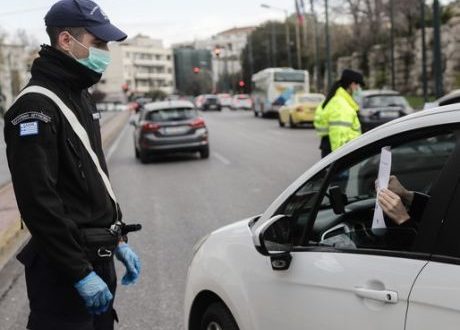 April 1, 2020 CORONAVIRUS, Greece, Politics Comments Off on Greece is considering “cap” on time citizens out of home during lockdown 7,487 Views

Greece is considering to further tighten the citizens’ movement to contain the spread of the coronvvirus and to impose a time limit to those leaving their homes for the allowed specific reasons during the lockdown. Aim is to limit the times citizens go out to no more than twice a day.

Government spokesman Stelios Petsas told ANT1 TV on Wednesday that the government is examining the length of time allowed for citizens’ movements in order to have “fewer and shorter movements” during the lockdown.

Citizens can “come out of their homes once – twice, combine their movements and be out for short time,” he said.

“We want to combine the time cap with sending sms to <13033> in order to indicate the time outside home,” the government spokesman said. He added that the Ministry of Digital policy is working on make the time limit possible also in the sms option of the Movement Permits.

Petsas said that most citizens have complied with the movement restricting measures but there was still a part of the population violating them.

The stricter measures aim to affect t only the cunning ones among the citizens, who go out very often, he said.

He complained about people queuing in front of banks on Tuesday and Wednesday, when pensions and allowances have been paid and debtors have to go to the bank to pay installments.

“Unfortunately a large part of the population that could have carried out their transactions with the bank from home prefers to go to the banks and this is a mistake,” he said. 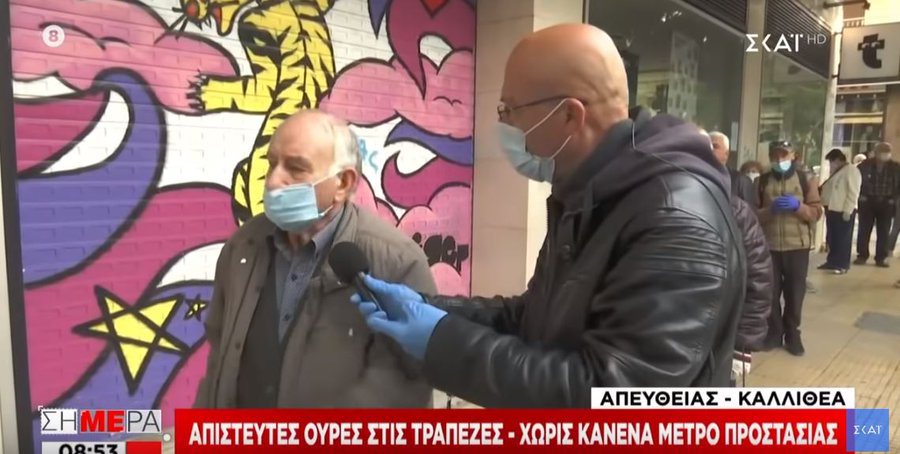 “Greece adopted strict measures very quickly and that’s why it has had a better progression in comparison with other countries. This is something we must protect and not become complacent. It is crucial to follow the instructions for the next two to three weeks,” Petsas underlined.

He warned that there will be no Easter holidays in the villages this year and hinted that also the tradition of roasting lamb on the speat will be banned as “people gather around and create crowding,” as he said.

He did not elaborate on how this ban will look like, he just said “this Easter we will have the lamb from the oven.”

In an interview with Real FM later and in an failed humor attempt, Petsas said “we will roast coronavirus on the spit.”

More on coronavirus and lockdown measures in Greece here

PS Unless the government changes payout of pensions and allowances to 2-3 times a month, unless it changes installment payments policy and banks scrap fees for electronic transactions, people will keep queuing outside banks.

Not everything is a matter of citizens’ “personal responsibility” as the government claims but also a matter of how flexible or inflexible the state operates in crucial times such as in a pandemic.

I heard today that when customers went to banks to initiate web-banking services they were asked to update their data and provide “tax clearance papers” and utility bills. Which means at least one more bank going… #NoCure