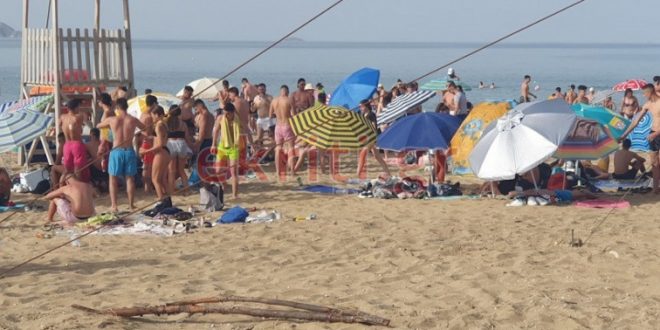 Greeks flood the beaches amid heat wave and pandemic

Crowds of people flooded the beaches in Athens, Thessaloniki and other major urban centers as a heat wave is hitting the country with up to 40 degrees Celsius, and organized beaches were allowed to open again earlier than planned due to the soaring temperatures.

Strict social distancing rules are supposed to be implemented both at free and organized beaches. But do people follow the rules?

At many free beaches sun umbrellas and towels were placed closed to each other and people enjoyed the coolness of the water.

However, some were careful and settled down trying to keep the required distance. 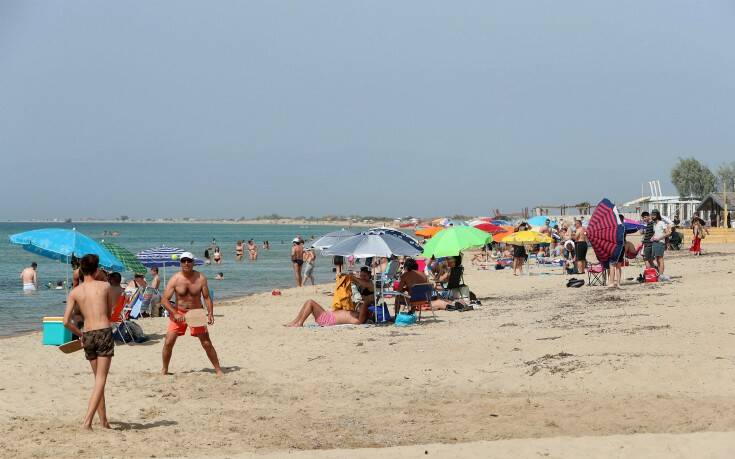 In the 515 organized beaches opened on Saturday morning things were somehow better, as facility owners are threatened with juicy fines of 5,000 euros if they do not keep safety distances between the umbrellas and the sunbeds.

The rules provide maximum 40 bathers per 1,000 square meter, mandatory recording of number of people at the beach, and sunbed disinfection by each new customer. 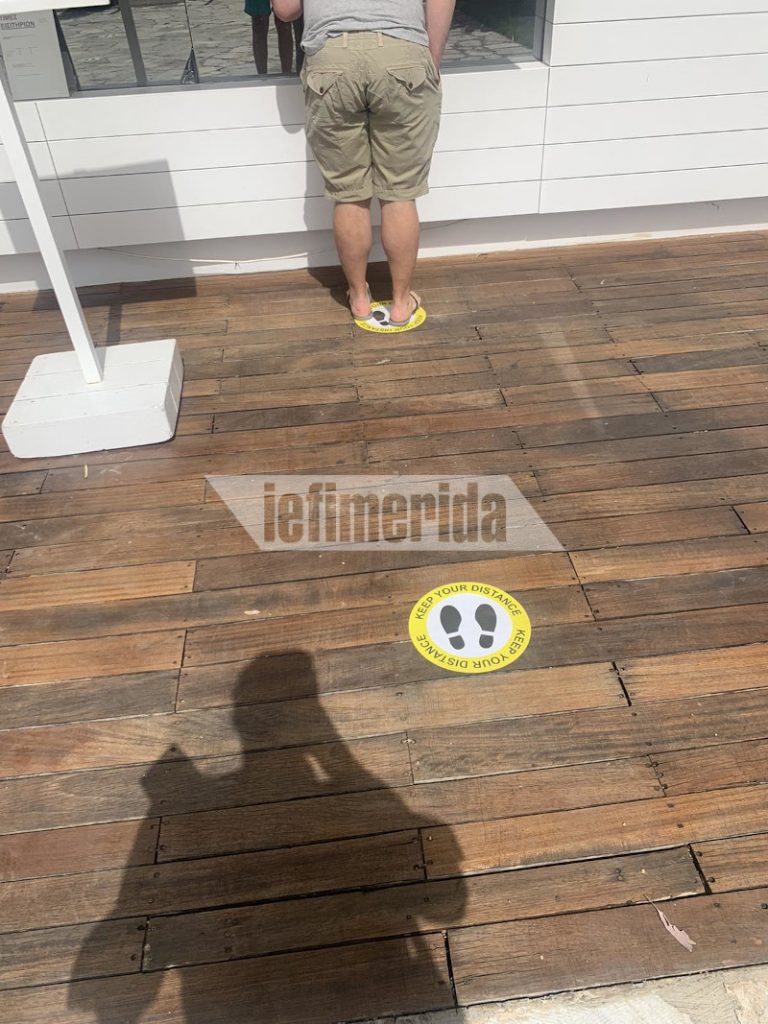 Marking at the entrance of an organized beach in south Athens. 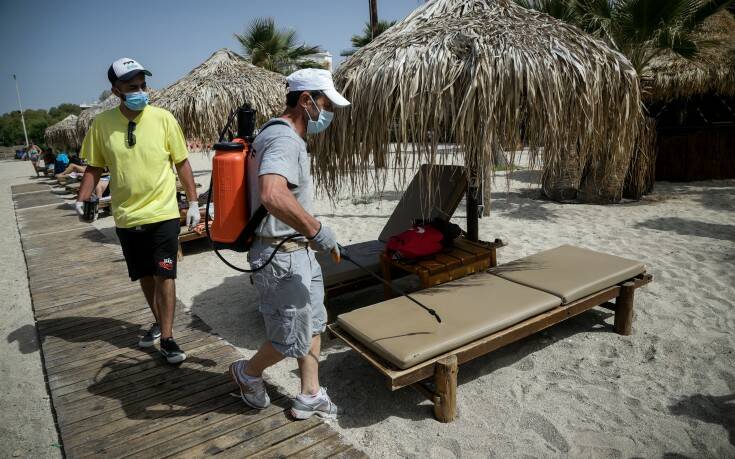 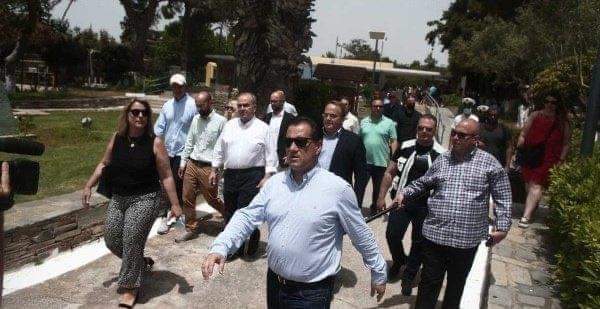 The Greek paradox: In entourage of assistants and journalists who did not keep safe distance measures, the minister checked whether citizens and businesses keep social distancing.

Since the starting of easing the lockdown restrictions, the government and officials often send ambiguous messages about the dangers of the pandemic, and it seems that some Greeks have started to take the coronavirus risks not as seriously as the government wants.

The picture below was shot inside the bus on the schedule Helliniko-Saronida along the Athens Riviera on Saturday morning. Majority of passengers without mandatory mask, endless crowding. How was this possible, where there are strict rules and fines of 150 euros and public buses should allow only 50% of their capacity?

Similar phenomena are expected also today, Sunday, as mostly young people already hit the road with public buses for the next “best beach.”

The heat wave, unprecedented for mid-May, is forecast to continue until next week.

PS With the rest of retail shops and service to open again on May 18, and cafes and restaurants to open on May 25, earlier than scheduled, some Greeks on social media express the suspicion that we are unofficially allowed to get heard immunity.