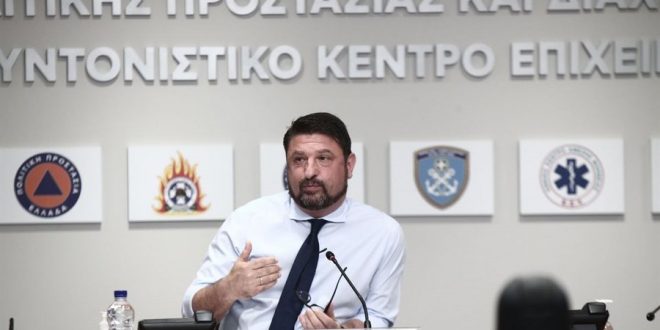 After two months break, the live briefing on coronavirus by the Civil Protection resumed on Tuesday and the Head Nikos Hardalias gave some figures about testing and confirmed cases both in the local community and among tourists.

At the same time, the number of tests during this period amounts to 127,900 that is 13% of the travellers underwent a COVID-19 test. Specifically:

The number of confirmed cases among those entering the country was 295 in the period July 1-19, with the cases from Balkan countries to be at 225, that is 76%.

53 of the confirmed cases among travellers are still active, 35 are not active and the rest have returned to their countries.

“”We knew that there would be imported cases with foreign visitors, but we put in operation the system for screening travelers and tracking possible cases, so that both visitors and those who work and live in areas with tourism are protected,” he said. “Besides, where necessary, we recently imposed rules and closed borders that we had opened,” he added.

The head of Civil Protection urged people to continue with the protections measures, such as wearing masks and keeping safety distance and avoid crowding.

He sharply criticized that recent events where Olympiakos FC fans celebrated as if there was no tomorrow and no virus.

Regarding the local religious festivals that traditionally take place in August, he said that the relevent decision will be taken by the end of the month.

He ruled out a new lockdown like in spring saying “there is not such planning for a lockdown.” However, he did not rule out “local lockdowns” if necessary.

The live briefings are schedule once a week, on Tuesdays.

More information on coronavirus in Greece here, and travelling in the country amid the pandemic here.