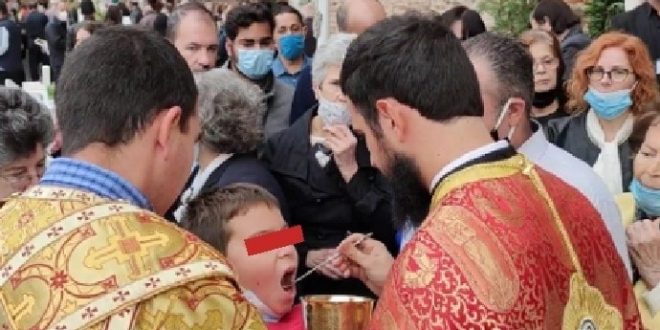 When it comes to “blessed” crowding, Greece turns a blind eye (videos)

Greece’s ruling conservative party and local authorities gladly turn a blind eye when it comes to crowding in churches and the breaking of coronavirus restrictions in the nameof a higher, spiritual purpose. On the Eve of Saint Demetrios celebration day, the patron of Thessaloniki hundreds of faithful gathered at the church to received the Holy Communion, kiss the icons and the priests’ hands, attend the procession of the relics and the icon of the Patron.

The majority of the faithful wore masks even though many of them the wrong way. In addition the masks were removed when they came close to the priests and received the Communion with one spoon shared by dozens.

The Blessed Bread was placed in big baskets outside to avoid crowding inside the church. The inevitable was not avoided, though, and some churchgoer even grabbed a piece of the bread and left it back when it was not to her liking.

Majority of church goers were elderly.

On the Celebration day, October 25, the Festive Service was held behind closed doors and in the presence of the President of the Hellenic Republic. The leading priests and their entourage arrived at the church demonstratively ignoring the state’s rules.

The faithful crowded again outside the church and media reported that “police officers made recommendations for social distancing and mask wearing.”

They laid down their equipment in protest, local media reported. 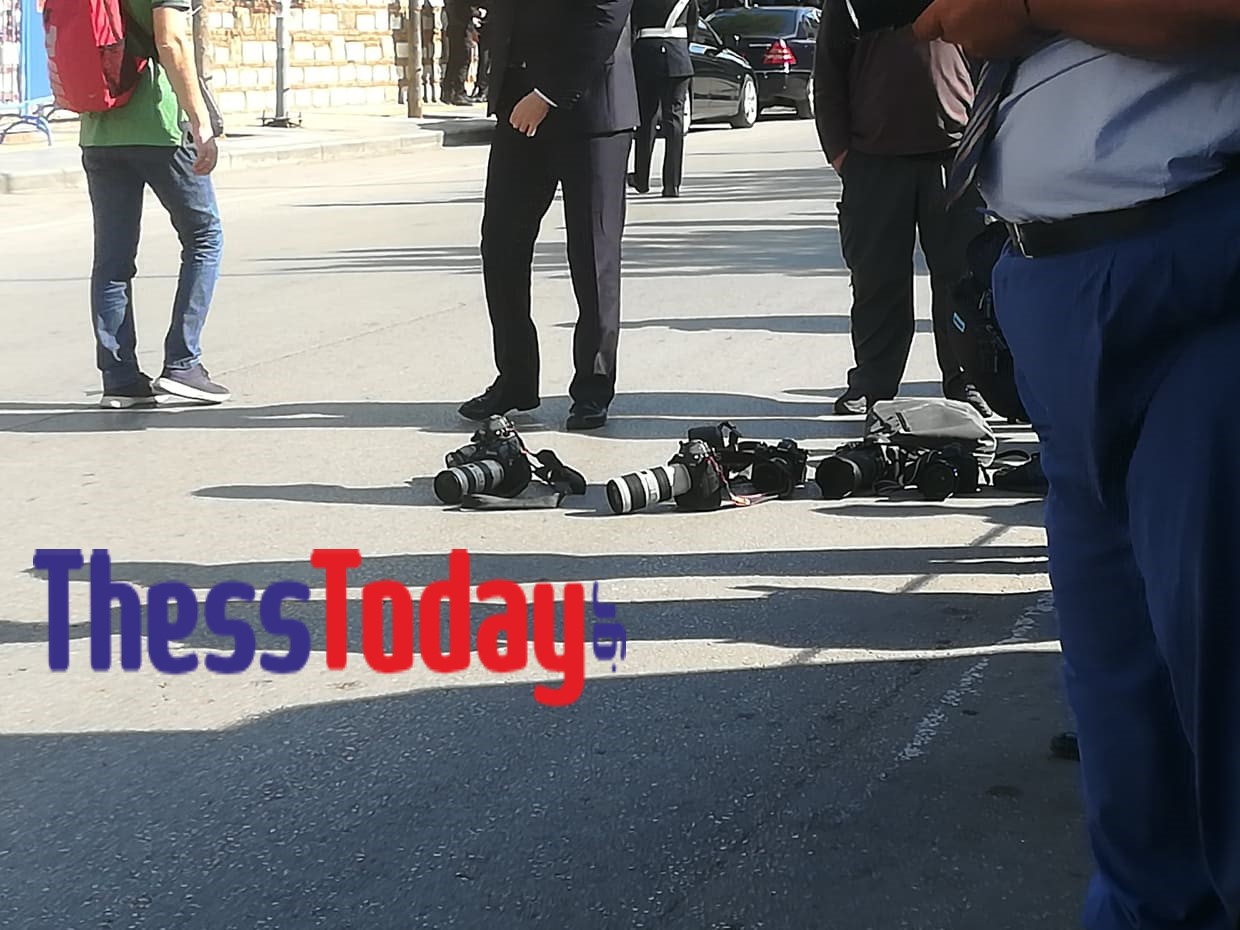 As expected, pictures and videos from the St Demetrios Church flooded the social media and reporters asked the government spokesman whether priests in general and high-ranking priests in particular are exempted form the use of masks.

“Nobody is exempted from the measures implementation and it is the responsibility of all of us to implement the government instructions,” spokesman Stelios Petsas said.

“I would say that it is not only about church going but any form of gathering,” he added.

At the same time, the Greek government keeps blaming the youth “for having fun without coronavirus precautions” and imposed night curfew in 16 regional units to hinder the young ones form crowding in squares when bars and cafes shut down at midnight. 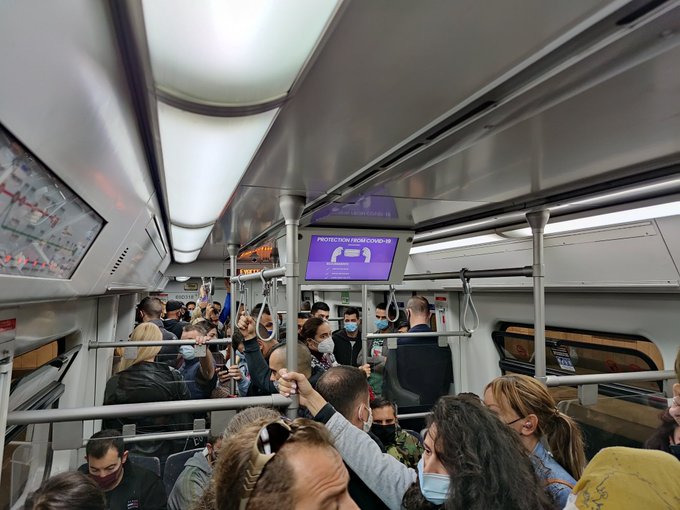 Yet commuters in Athens have to crowd in public transport means, like here at 6:30 am Monday in Metro Line 3, because the state has failed to increase schedules. Still a month after the resurgence of the pandemic.
Daily coronavirus infections in Greece increased by 2%-3% since last week, experts warn that the daily cases could soon be 4-digit.
PS During the very modest commemoration service for our mom on Sunday morning, the priest did not wear a mask as he chanted the prayers. My brother and I exchanged a meaningful glance but we didn’t say anything. We immediately moved two steps behind the priest.  I was glad the droplets were falling on the grave and not us, two.
Before the service, the priest who was in his late 30’s held a funeral service inside the church again without wearing a mask.
PS Do you mess with a priest? I don’t think so….; even if you’re an atheist, agnostic or have a different religion.