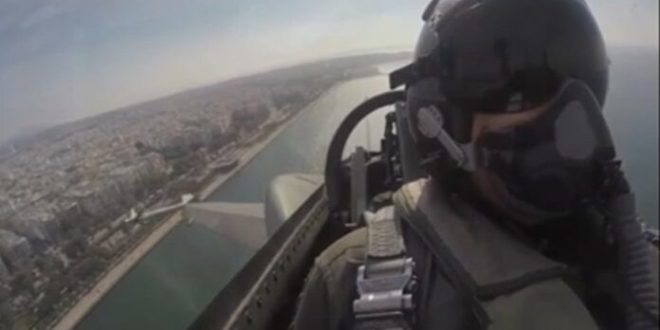 Greece celebrates OXI Day without parades due to pandemic (videos)

Fighter jets and helicopters flew over Athens, Thessaloniki and other cities on Wednesday morning to mark the national OXI Day holiday as military and students’ parades have been cancelled due to the coronavirus pandemic. Traditional events to honor the fight against Nazism and Fascism were held with a very limited number of participants.

As usual in the last couple of years, an F-16 of the Greek Air Force flew through the skies in Thessaloniki with the pilot’s thrilling message on the 80th anniversary Greeks said OXI -NO- to the powers of Axis on 28. October 1940.

“Greeks, from Orestiada to Gavdos and from Othonos to Kastelorizo, remember that the most laconic and resounding message in world history consists of two syllables, OXI. A message that reminds everyone that Democracy and Freedom are ideal indestructible that will triumph as long as there are immortal Greek Souls. Bold souls, risky by knowledge beyond their strengths and and optimistic in difficulties,” the pilot of ZEUS F-16 said

All traditional events, that is festive church services and laying wreaths, were held with a limited number of people for reasons of public health and in compliance with restrictions and regulations. 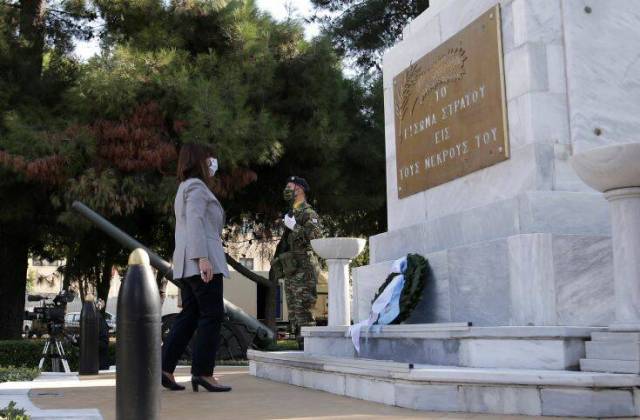 The prime minister and members of the government refrained from participating in the festive religious services, following a call by the Archbishop of Athens Ieronymus to avoid mass gatherings.

Celebrations in schools were held in class rooms a day earlier.

But will all Greeks comply with the pandemic restrictions, now that daily cases hit an all times record on Tuesday with 1,259 cases?

On the island of Aigina, the traditional parade on 28. October was held as if there was no coronavirus, no bans and no restrictions.

A band playing marches leads the parade, students holding Greek flags follow, along with priests and teachers and students’ parents. At the end of the parading body are high ranking police officers who chat relaxed as if on the way to the next cafenio.

The majority of those parading do not wear masks, although it is mandatory in- and outdoors.

A ministerial decision issued on Oct 27, foresees imprisonment of up to 2 years for those violating the parades ban.

PS Apparently, the decision is not to be implemented in Greece but in another country.