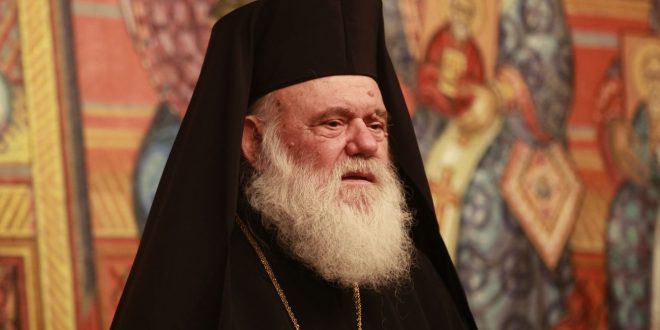 Archbishop Ieronymos hospitalized with Covid-19; PM not in self-isolation

November 19, 2020 CORONAVIRUS Comments Off on Archbishop Ieronymos hospitalized with Covid-19; PM not in self-isolation 1,437 Views

Archbishop of Athens and All Greece Ieronymos was admitted to Evangelismos Hospital in Athens on Thursday morning after testing positive for the coronavirus. he 82-year-old Arhbishop is showing mild symptoms. Before admitted to the hospital he said “with God’s help” he will get through.

He was admitted to Increased Care Unit for preventive reasons. He is reportedly not intubated. There is no information about results of tracing and tracking.

“I participate personally as a shepherd  in the ordeal that affects thousands of people in our country and millions throughout the world. I share the concern, the pain and the fear of everyone, and with our faith in God we will all overcome it,” the Archbishop told his close associates before his hospital admission.

His spokesman told Skai TV, the Archbishop did not have any particular health issues and that developed 37.7 C fever on Wednesday.

By November 11, the Archbishop was tested negative in both rapid antigen and molecular tests (PCR).

However, he was tested positive on Monday, November 16. The PCR test was scheduled, state broadcaster ERT reported.

On November 14, he met with Prime Minister Kyriakos Mitsotakis in his office. All measures were kept and the tow men were wearing masks, ERT reported. Ieroymos and Mitsotakis spoke about the possibility to have churches open during Christmas.

Government spokesman Stelios Petsas said the the Prime Minister will not be placed in self-isolation, that has undergone several tests also before the meeting with the Archbishop and before flying to UAE.