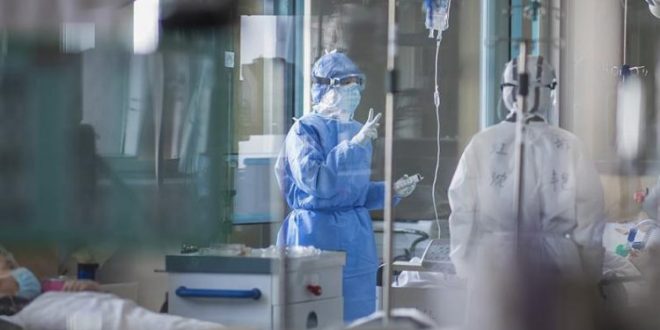 Relatives of Covid-19 patients who died off ICU in N. Greece seek justice

December 7, 2020 CORONAVIRUS, FEATURED Comments Off on Relatives of Covid-19 patients who died off ICU in N. Greece seek justice 1,548 Views

Relatives of patients who died of Covid-19 in hospitals in northern Greece are examining the legal options to to appeal to Justice. The patients have died in normal Covid-19 wards in hospitals in Thessaloniki and other cities in the north of the country. The relatives want to know whether their beloved ones had more chances of survival, had they been transferred to beds in Intensive Care Units and were intubated.

According to exclusive information by local media thesstoday, the relatives have already sought the aid of a well-known law firm with offices in Thessaloniki and Athens.

“Although the relatives acknowledge that the hospitals of Thessaloniki and Northern Greece in general are in a ‘state of war’, they cannot accept that their beloved ones may have died because there were no ICU beds available,” the website notes.

What makes them concerned are interviews published in mid-November where some doctors admitted  doctors that they were in an awkward position to decide about which patients to be intubated according to age criteria.

For this reason, the relatives have turned to experienced lawyers and assigned them to take action to investigate the causes and exact circumstances of the deaths and to determine whether there were any omissions or selective treatment.

The relatives reportedly “do not want to blame the doctors who – often with self-sacrifice – give an unequal battle with the invisible enemy, but they want to know if their beloved ones were left without proper care.”

The relatives are concerned whether the deaths were “due to the inadequacy of the health system and the untimely shielding and equipping of the country’s hospitals for the second wave of the pandemic that everyone knew would come or other reasons.”

Based on these data, they instructed their lawyers to investigate whether “their relatives were indeed the unfortunate ones who, despite the seriousness of their condition, were left out of the ICU because they did not meet the age criteria.”

He added that they collect data and that “in two cases there are quite strong indications that will be submitted to the relevant prosecutor’s office.”

Dialynas revealed that “from the data we already have at our disposal, especially for one of the cases, it appears that death is due to the choice of a patient.”