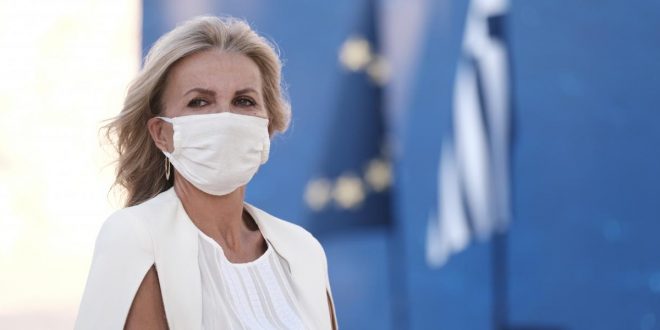 The wife of the Greek Prime Minister, Mareva Grabowski-Mitotakis came under fire on Wednesday after it was revealed that she traveled through half of the country along with members of the fashion house Dior to visit a private museum in southern Peloponnese.

The visit of Grabowski-Mitsotakis and members from Dior to the museum of “folkore costumes” in Kalamata became talk of the town and several local media reported about the high-profile visit.

According to local media eleftheriaoneline, the people form Dior were accompanied by the PM’s wife “at a friendly level” and they were toured through the museum by the owner Vicky Karelia under strict observation of safety measures.

The news reached Athens in the speed of light and strong reactions with many ironic comments were posted on social and opposition media.

Critics complained about ‘double standards’ and asked how can the wife of PM and under which capacity she left the Regional unit of Attica to travel 500 km away, when the average citizen is not permitted to visit even the regional unit next door.

Several compared the PM’s wife free ride to the 1200-euro fine imposed to a cancer patient and the ambulance staff or to fines issued to volunteers blood donors.

Many on hashtag #Mareva on Twitter decorated the PM’s wife with the title “Marie Antoinette.” Some commented “she went to get cake” and posted pictures of the three workers at the catering industry who raised a banned reading “We hare hungry” outside the PM’s office in the morning and were detained.

Obviously “not amused” about the outcry, associates of the PM described the criticism as “vulgarity that exceeded all limits.”

Sources from the PM’s office told media, the PM’s wife did not go to Kalamata for an excursion but she had a “foreseen written permission provided by the Civil Protection.”

The sources said that she “accompanied executives of the house of Dior, one of the largest in the world, who came to our country for a tour through museums and for the possibility that their new collection in 2021 has a reference to Greece on the occasion of the 200 years of Independence.”

The sources reportedly added “everyone realizes the importance of promotion for the country” and that Mrs Grabowski-Mitsotakis is “known to be systematically involved in the promotion of Greek handicrafts in the world, a fact that is directly related to the materialization of the collection.”

Not many ‘Greek plebes’ will understand the official-unofficial statements, though, then the crucial word “collection” was in English and not in Greek.

But what do we know? We are “petty” (so the sources) peasants without culture who cannot see beyond our nose and we miss the big picture and the importance of being chic and elegant in traditional costumes.

Note that museums are closed under the lockdown restrictions.

Worth noting also that the Dior collection 2021 should be ready by now, otherwise the House executives should go and throw away the keys (if the house).

Beginning of the month, the PM couple came under fire for enjoying life on the mountains, taking pictures with citizens without mask or keeping social distancing, while the wife was showing off her motoross skills on a motorcycle she borrowed from random people she met on Mt Parnitha. 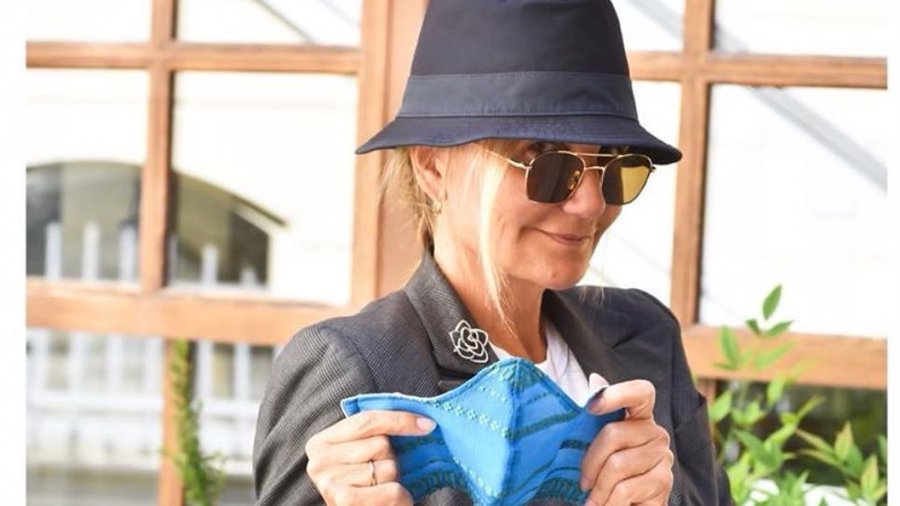 PS Now everyone demands a “foreseen written permission” by the Civil Protection and many claim -truly or false- that they will travel to another regional unit for the sake of the promotion of the country.

I also need a permission to go to an island and to refresh my “inspiration” worn out from reporting about 100 deaths on daily basis since November.