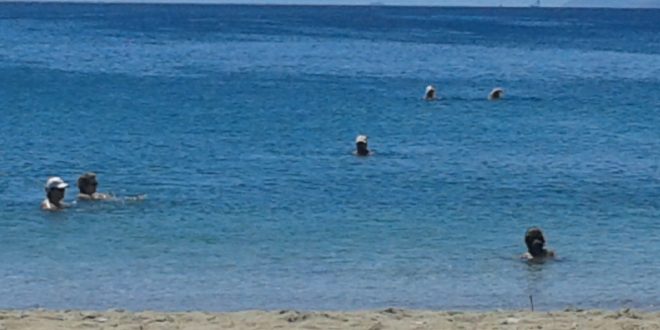 Greece weather: Temperatures to climb up to 25°C

February 5, 2021 FEATURED, weather Comments Off on Greece weather: Temperatures to climb up to 25°C 6,552 Views

Temperatures much higher than the seasonal average will prevail throughout Greece in the next days and will rise up to 25 degrees Celsius in some regions.

National Observatory of Athens weather service meteo, this is the result of an intense warm front traversing the Mediterranean, which is expected to reach its peak during the weekend and will continue at roughly the same levels until Tuesday, February 9.

The forecast map by meteo below shows the estimated course of maximum temperatures in Athens, Thessaloniki, Patras and Heraklion until Tuesday 09/02. 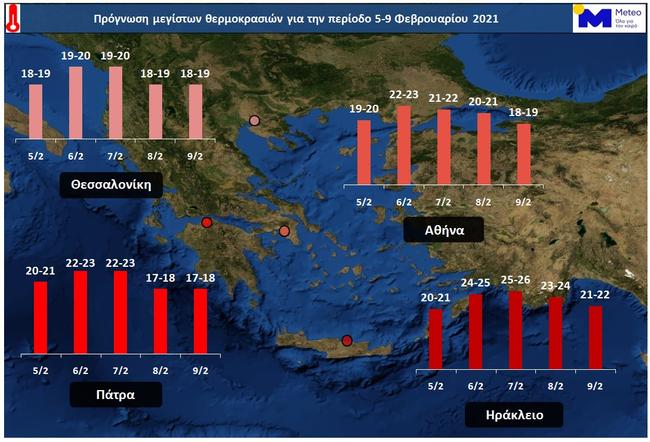 Experts speak of extended “Alkyonides” Days. They take place from December 15 to February 15 each year, and most often in the second half of January.

During this time, the days typically have intense sunshine, no clouds or wind and higher temperatures than the seasonal average. 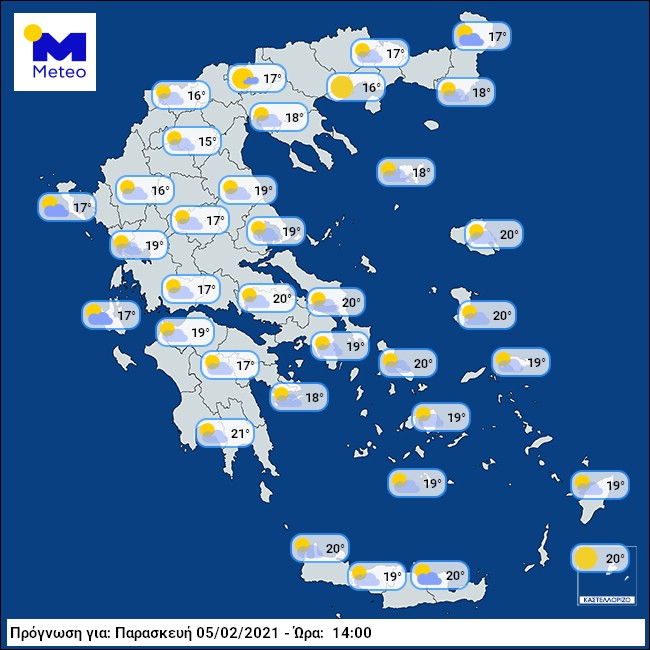 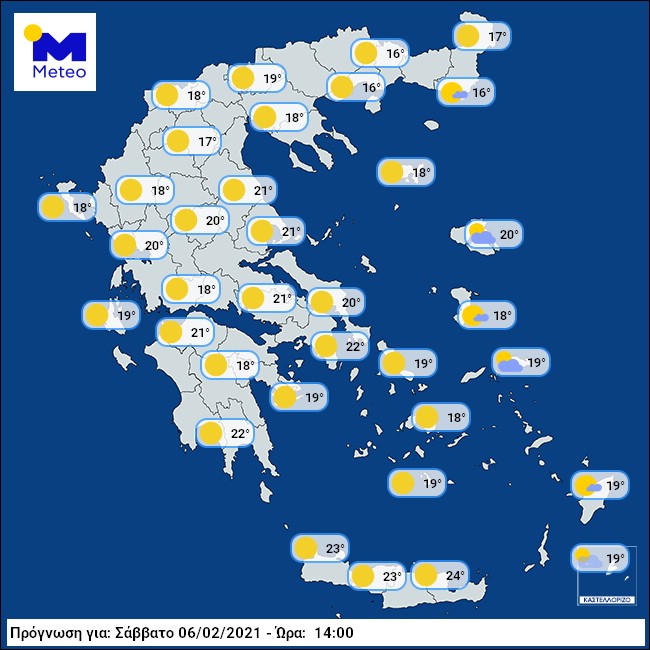 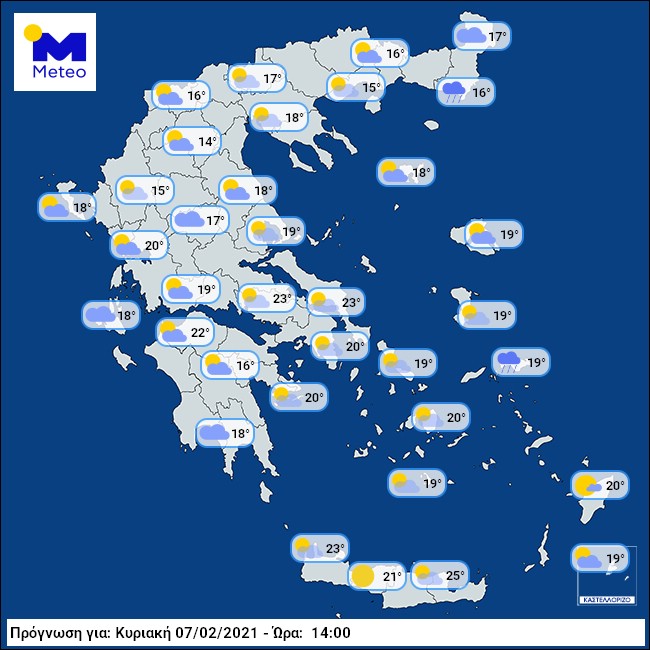 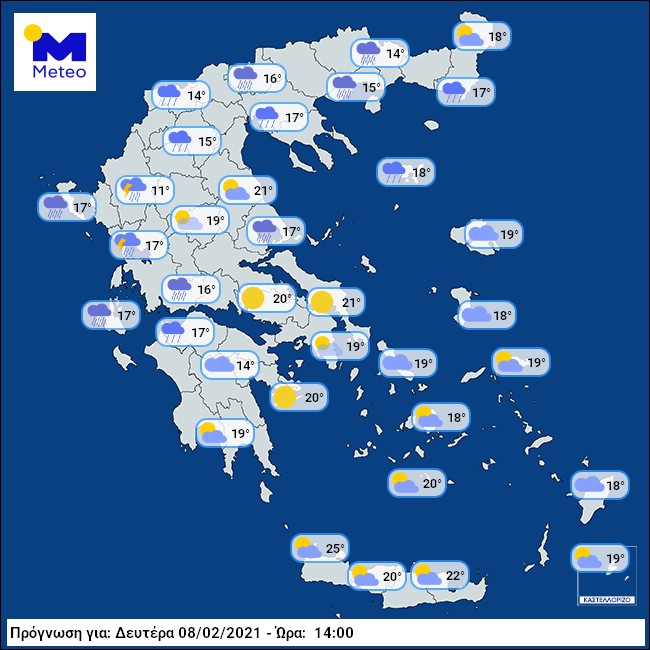 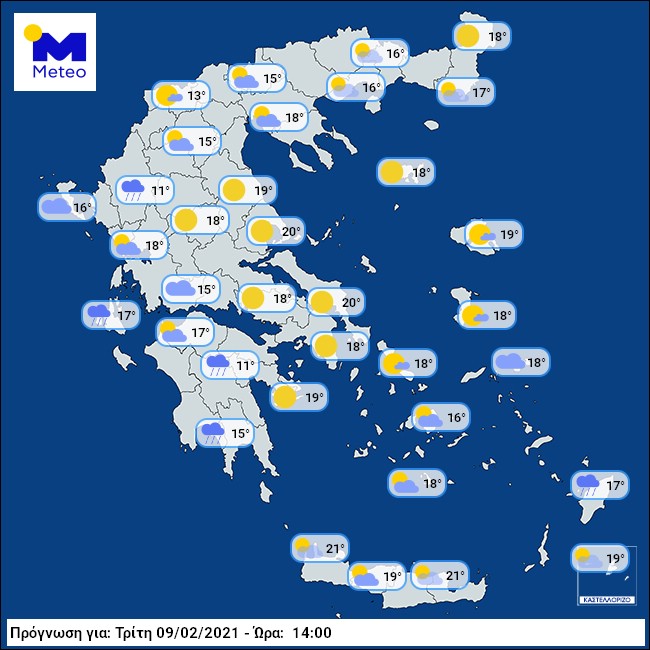 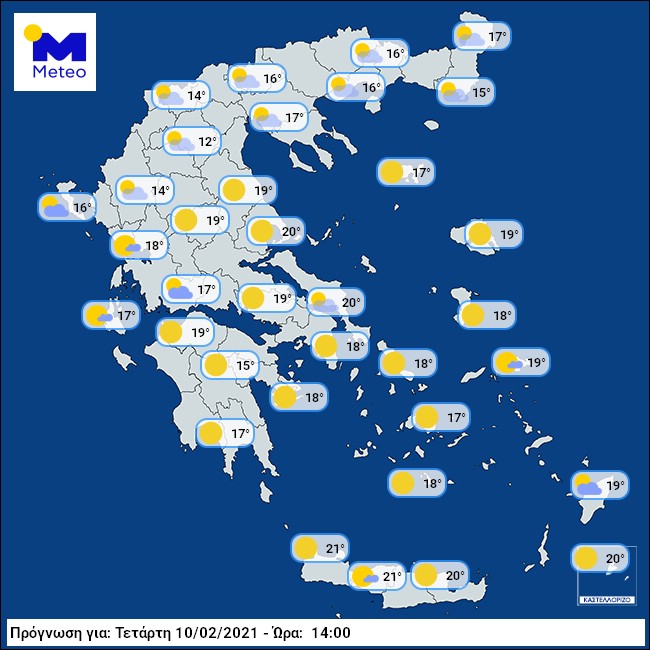 Greece has been experiencing a mild winter with flowers like lavender blooming much earlier that they should. 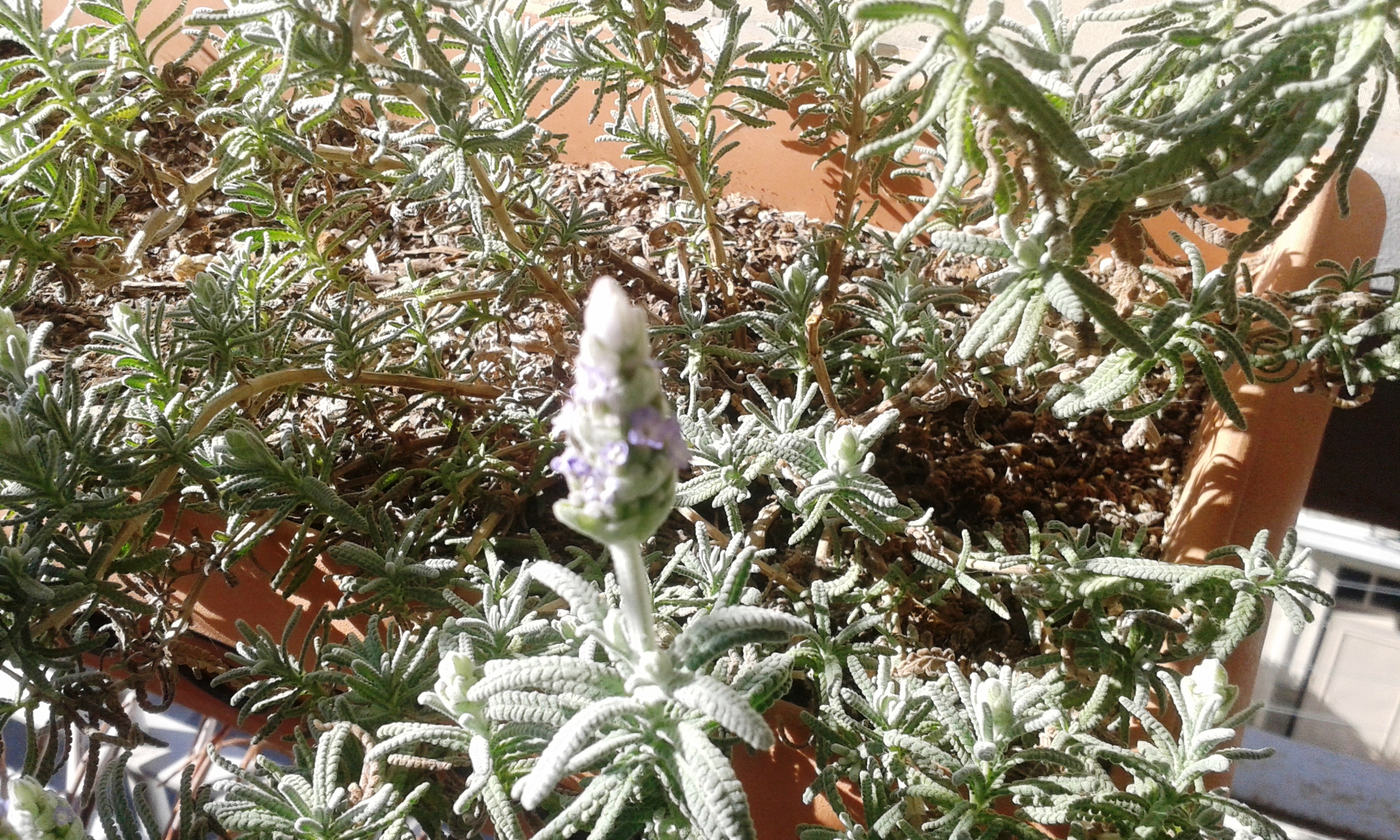 The high temperatures over the weekend are a temptation for millions Greeks who have been in coronavirus lockdown since November 7, 2020.

But they also “terrify” epidemiologists who will announce later on Friday, additional measures to restrict movement of citizens and contain the spread of coronavirus that has been on the rise again.

One of the scenarios circulating on Friday morning is curfew as of 6 p.m. over the weekend for Athens and the regional unit of Attica and possible ban of movement outside municipality boundaries.