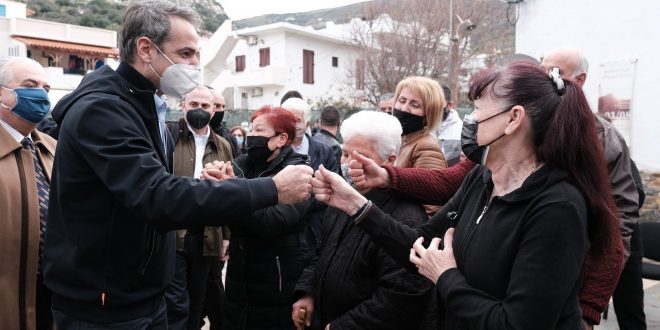 Without any previous warning, Development Minister Adonis Georgiadis, announced on Saturday morning that the take-away service is forbidden in the regional units of Athens, Thessaloniki and Halkidiki over the weekends. Apart from being another tripping up for the food sector, the ban came out of the blue, was not included in the set of stricter lockdown measures announced on Friday evening and was “imposed” without previous information to the sector. Coffee shop owners were not aware and were selling take-away ever since Saturday morning.

Minister Georgiadis claimed live on Skai TV that “the take-away had been banned.”

In another TV channel, Georgiadis’ deputy Nikos Papathanasis said the take-away will be possible only Monday to Friday.

The announcements triggered  among the onwers and employees of coffee shops who were not informed about the ban and had  opened the facilities selling take-away coffee to customers who would be found “violating the rule ” they were not aware of.

Of course, the sudden and deliberate decision while the take-away service was ongoing, had nothing to do with food, but with the coffee and the snack people buy and go for a walk or sit on a square bench as cafes have been shut down since November 7, 2020.

It should be noted that Head of Civil Protection Nikos Hardalias who announced the stricter measure on Friday, said that “people can still make their supplies from coffee shops.”

Short time later, the Development Ministry issued a press release saying that the coffee take-away ban is in force from Sunday, Feb 7 and the following weekend Feb 13-14, as the stricter weekend lockdown is currently imposed until Feb 15, 2021.

The ban affects also businesses that their main activity is not coffee, such as bakeries, candy shops etc.

The ministry clarifications and postponing the ban to as of Sunday was necessary as measures can only go in effect after they have been published in the official gazette.

And while a handful of people are not allowed to queue outside a coffee shop on Saturday and Sunday, but they can do so Monday to Friday, the Prime Minister nicely crowded with vulnerable groups (elderly) on the remote island of Fournoi. Kyriakos Mitsotakis is visiting Fournoi and neighboring Ikaria over the weekend in order to check the progress of the vaccination program.

PS In a country, where the government is getting more and more authoritarian, any minister believes he can pop-up in the middle of the day and forbid ongoing activities.

They hate the people they were elected to serve and are getting out of control here, I’m afraid.