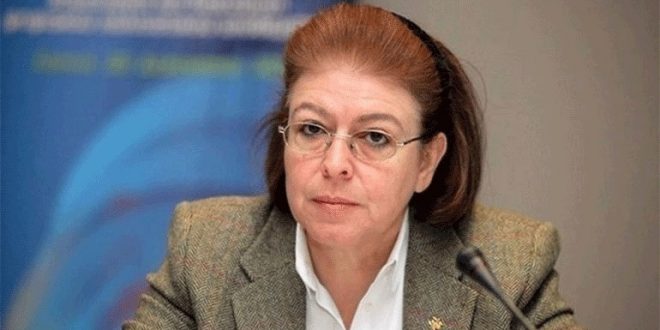 Greece’s Culture Minister Lina Mendoni submitted a complaint report-memo to the Prosecutor’s Office of the Supreme Court, requesting a full investigation into the alleged sexual abuse cases in the National Theater. The complaint is reportedly against the former Artistic Director of the National Theater Dimitris Lignadis and follows a storm of denouncements against him including at least two lawsuits by victims and immense pressure by opposition media and social media.

In a press conference Friday noon, the Culture Minister said that she puts at the disposal of justice all services and supervised bodies of the Ministry including herself when and where it is deemed necessary.

“Sexual abuse is a hideous and disgraceful case,” she said, adding that “we are a state governed by the rule of law and that is why we are moving forward through the institutional path, the justice.”

Lignadis resigned form the post at the National Theater on February 6, when the first accusations popped up. He claimed that he was victim of the MeToo movement.

However, the Minister initially covered him up saying that the director felt he was not able to deal with the stress of the accusations.. But pressure was immense and the Culture Minister linked Lignadis’ name with the abuse accusations today, Friday, for the first time.

“The sexual abuse is a hideous and disgraceful case she noted adding that “we are state of law and that’s why we follow the institutional way, the Justice”.

“Lignadis deceived us and deceived me with theatrical performance,” Mendoni said according to state-run news agency amna.

She added “from the first time the rumors started we pressed him a lot to tell the truth. With the art of acting he tried to convince us that the rumors are not about him. And while the rumors multiplied for his inappropriate actions, he insisted.”

She said that he resigned after the interview by N.S.

N.S. is a former actor who gave a detailed interview on a website about his brutal abuse by the director and actor. when he 18 years old. The crime is written off due to statute of limitations.

To the accusations that the Ministry protected the art director due to friendly relations, Minister Mendoni stressed that he was never her friend nor a friend of the prime minister.

“Prime Minister Kyriakos Mitsotakis was not Lignadis’ personal friends, but he only knew him from the theater as I did,” she said.

Calling these accusations as “fabricated fake news” Mendoni said about the former art director that “he is a dangerous man” and that we learned this now; we didn’t know it before…”

Despite the fact that the Culture Minister finally spoke about the issue that          and named the alleged abusers, on social media, Greeks demand her resignation.

On Friday, a 25-year-old victim filed a lawsuit against the so-called “well-known director and actor whose name is on the media” as his lawyer told reporters, state broadcaster ERT reported.The victim was sexually abused when he was 14 years old, a gymnasium student, in 2010. The crime which is felony has not been written off.

According to media information, it is the third lawsuit against the man for rape of a minor.

State ERT reported on Feb 8 that the first lawsuit against the “well-known director and artist” was filed by a victim who was sexually abused at the age of 15.

Worth noting that all the time, media have been referring to the man as “a well-known director and actor,” without mentioning his name.

However, the man’s name has been trending on Greek Twitter each and every day since days.

But the MeToo movement in Greece is not only about the former director of the National Theater. The movement that broke out after Olympic golden medalist Sofia Bakatorou a month ago, lifted the curtain of shame in the Greek sports, theater and move industry.

Dozens of actors, male and female, have accused some of the country’s best-known performers and directors of sexual harassment and abuse, leading to resignations and removals from high-profile productions and advertising spots.

Actors and actresses wrote long posts about “the can of worms” on their social media accounts.

The Greek actors’ union SEH has been overwhelmed with hundreds of complaints about sexual harassment and abuse. Union head Spiros Bibilas is to meet with prosecuting authorities on Monday.

According to newyorktimes that reported about the issue, Bibilas told Greek television that actors have called him “sobbing,” adding that many of the alleged episodes occurred during Greece’s decade-long financial crisis, when job insecurity peaked and people were particularly vulnerable.

Last week, the rector of the Athens School of Fine Arts has reportedly alerted a prosecutor to claims made anonymously earlier this month on social media by two female students at the institution accusing one of its professors of sexual harassment.

For prosecutors is a difficult task to investigate the allegations that may often fall under the statute of limitations and the complaints cannot be proven.