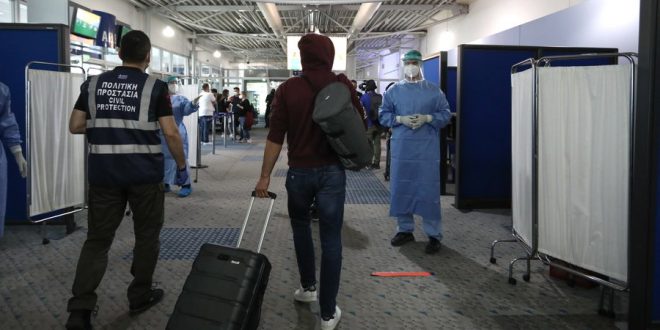 Greece plans to gradually lift travel restrictions on arrivals from abroad and open 9 airports for flights from the European Union and another 5 non-EU countries on Friday, April 16, some media report on Tuesday. Note that the media do not quote any government official nor any statement.

In the first phase, the opening will reportedly be for flights from EU countries as well as from a limited number of 5 more countries such as the USA, the UK, the United Arab Emirates, Serbia and Israel.

Note that for vaccinated Israeli travelers Greece opened its gate on March 25 and they do not need to stay in a 7-day quarantine.

The first airports to allow international flights are the ones in Athens, Thessaloniki and other popular destinations, protothema reports, while it notes that all other international airports in the country will open on May 14.

UPDATE: An official confirmed to reuters on Wednesday the lifting of quarantine for more travelers, adding that the airports to open earlier than May 14 are; Athens, Thessaloniki, Iraklio, Hania, Rhodes, Kos, Mykonos, Santorini and Corfu, as well as two border crossings.

As the Greeks do, also travelers will have to comply with all lockdown restrictions currently in force in the country.

According to news website newsbomb, the 7-day quarantine for international arrivals will be lifted on April 16. However, entry to Greece will be allwoed only under the following conditions:

Mandatory remains the fill up of the Passenger Location Form (PLF) 24 hours before getting on board.

Both websites but also Skai TV reported about the “unofficial tourism opening on April 16”, however, without mentioning any statements by officials or government source or even the Tourism Ministry.

IT should be recalled that Tourism Minister Haris Theoharis had hinted the “unofficial” opening of tourism mid-April with an interview with state-run news agency amna end of March.

Worth nothing that two days ago, the Greek Civil Aviation Authority extended domestic flight restrictions for “only essential travel” until April 19.

The CAA notam regarding international flight restrictions is valid until April 19, 2021, too. The CAA can modify its air directives any time.

We’ll keep you updated once it is official.

Will you have the 4th vaccine dose?