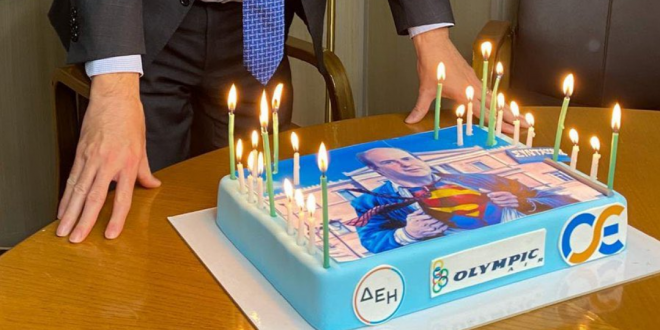 Minister of Labor and Social Affairs Costis Hatzidakis celebrated his birthday with a cake decorated in such a controversial way that Greeks initially thought it was the product of a photoshop by some social media troll.

The cake was decorated with the sugar paste logos of the public companies Hatzidakis privatized when he was Development minister. 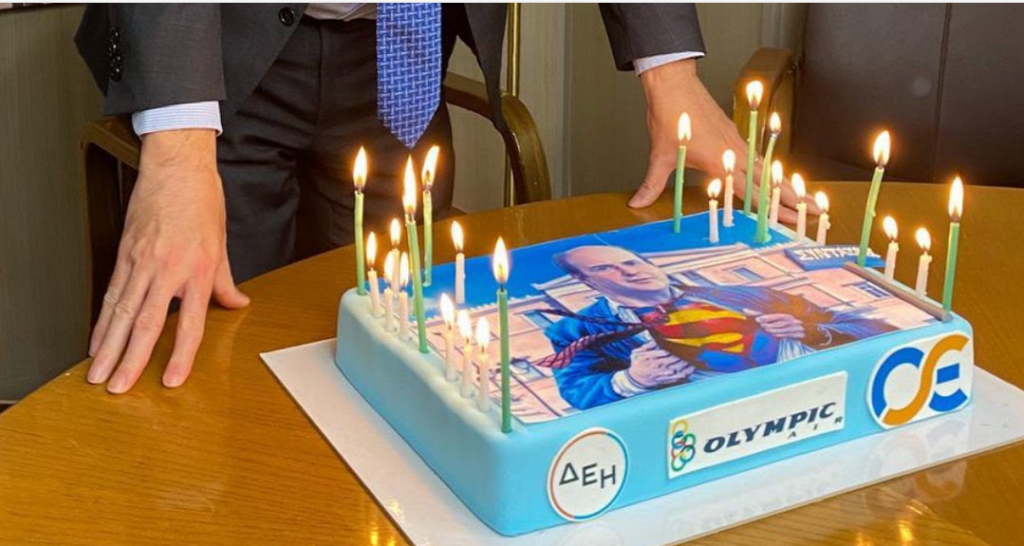 Everything but sugar companies: Public Power Corporation DEH, Olympic Airways and TrainOSE… the latest challenge for the minister in charge of labor since January …The Pensions ΣΥΝΤΑΞΕΙΣ!

The kitsch cake features the Minister himself is featured as the Greek “Superman” in front of the Parliament. 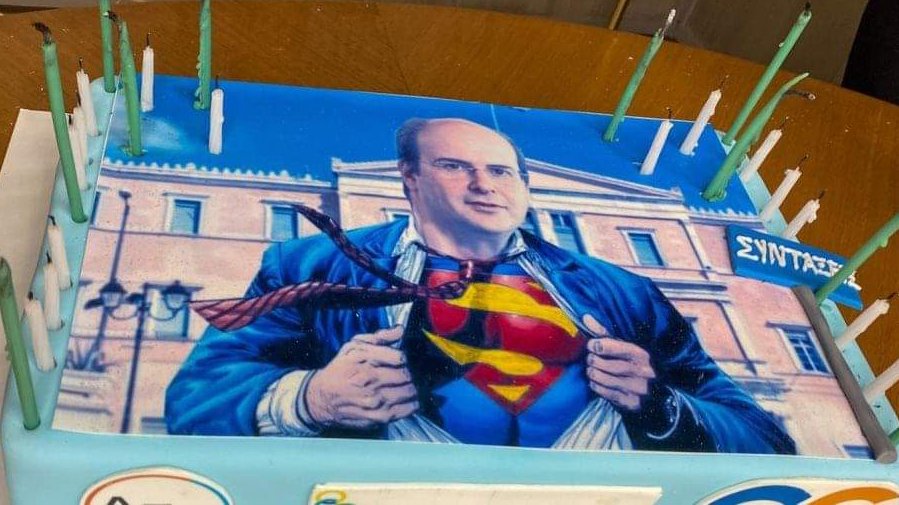 The cake was reportedly an idea of the Minister’s wife and his associates.

The modern Greek Superman posted the pictures of the cake decorated with his “privatization achievements on his personal Facebook page. 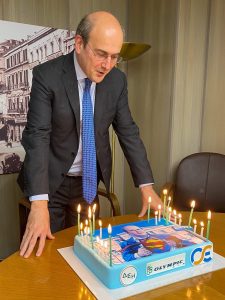 He received dozens of negative comments but why should he care? His duty under New Democracy governments has always be to downgrade public institutions and have them sold for a bag of peanuts thus destroying thousands of workers’ lives and even public revenues.

PS In my village we called it “Kitsch, Ignorance and Conceitedness”. Cat agreed. Younger cat did *face palm* gesture.