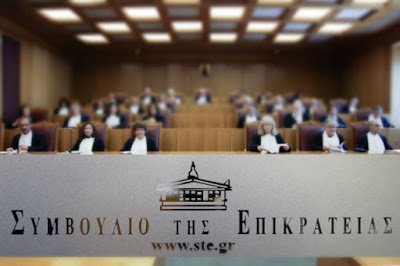 People who can prove they have suffered serious injury or side effects from a vaccine can claim compensation from the State, Greece’s top administrative court the Council of State said on Monday. The Court ruled in favor of a mother who claimed and won compensation for her daughter’s death after she was vaccinated against measles, mumps and rubella

For a citizen to turn against the state, certain conditions must be met, according to the ruling issued by the first division of the court, chaired by Council of State vice-president Maria Karamanov.

The person must be able to prove that the injury resulted from the vaccine; that the vaccination was part of a government drive to protect public health; and that it was done using a legitimate vaccine.

If these prerequisites are fulfilled a person can claim compensation based on articles 4, 5 and 25 of the Constitution.

“This is because, in these cases, the damage caused by the vaccination constitutes an excessive sacrifice for the victim (damage to health and insult to personality), for the benefit of society as a whole,” the ruling stated, daily kathimerini and other media reported.

The mother appealed to the CoS after the death of her 7-year-old daughter who was vaccinated against measles, mumps and rubella (trivalent MMR II vaccine), reported newspaper avgi.

The girl was vaccinated in September 2001 with the first dose of the MMR II vaccine and with the second dose in March 2006 at the Municipal Clinics of the Municipality of Attica.

After the vaccination, the minor developed severe neurological symptoms. When she was admitted in the hospital in Athens, doctors diagnosed “subacute sclerosing panencephalitis (Dawson disease), a rare form of chronic progressive brain inflammation caused by slow infection with certain defective strains of hypermutated measles virus.

She started receiving treatment in May 2006, however, her state of health was irreversible and she died in September 2010.

The mother sued the State and the Municipality in question for the amount of 1,000,000 euros, as financial compensation for the restoration of the moral damage she suffered due to the damage to her daughter’s health, which was caused as a side effect of her vaccination.

In the lawsuit, she claimed that the Greek State and the Municipality in question were responsible. The girl had to be vaccinated to enroll in primary education.

The First Instance Administrative Court ruled a compensation of 200,000 euros for the mother. However, she appealed the ruling to a higher instance, the Council of State.