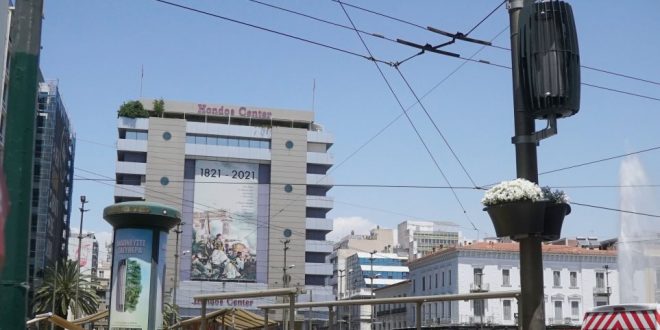 Four metal installations at Omoia Square in downtown Athens will clean the air as if 30 trees were planted. In cooperation with the Municipality of Athens and its project ” Adopt Your City” Politis Technologies planted the smart metal trees at the newly refurbished historical square in the center of the Greek capital.

The installations will reportedly change the air for the better and help combat air pollution. 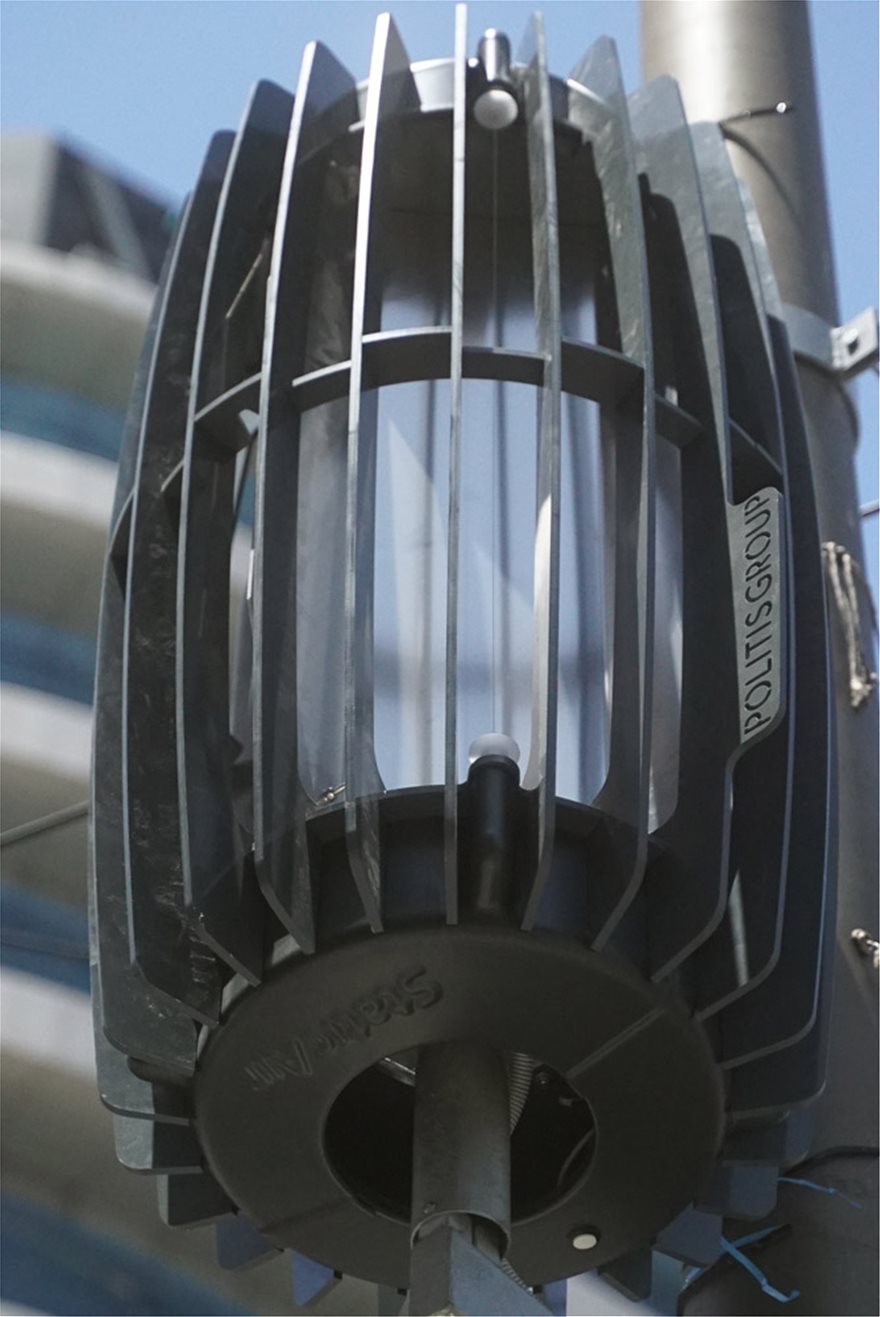 According to a press release, Omonia square was chosen because the area has high concentrations of microparticles, continuous flow of vehicles and high height of buildings around the perimeter, which trap pollution (Street Canyon condition). As a result, the quality of the atmosphere is poor for drivers, pedestrians, employees and visitors to the area.

The installed four innovative emission reduction systems use special “Pamares” filters, which are placed on poles and have the ability to bind suspended microparticles.

Their patented technology guarantees the commitment of even the smallest of them, while at the same time they have very low consumption (18WATT), are completely safe for humans and animals, and their operation is almost silent (max. 30 db).

Citing scientific studies, the press release notes that trees with a diameter of 300-450 mm. bind about 140 grams of suspended microparticles smaller than 10 millimeters at a time. That is 0.4 grams per day. The Pamares device has the ability to bind 3 grams of corresponding pollutants per day! Therefore, each device corresponds to 7.5 mature trees.

With four devices placed around Omonia Square it is as if a total of 30 mature trees were planted.