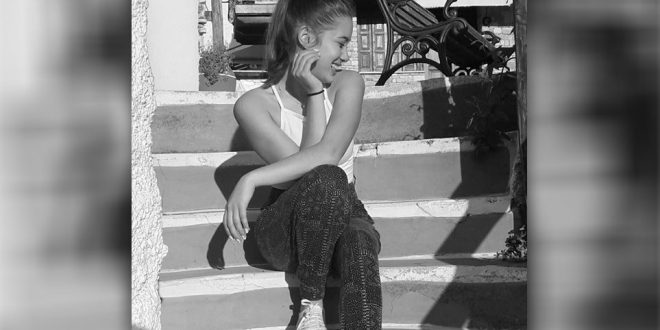 An interesting phenomenon even if despicable has been observed in the heinous crime where a 32-year-old pilot killed his 20-year-old wife Caroline Crouch and was trying to cover up the murder for 37 days, misleading the police, the media and the shocked Greek society.

The “interesting” phenomenon is that some Greek media are trying to white-wash the murderer of British-born Caroline Crouch, a mother of his 11-month-old daughter.
Greek media, some more some less, are trying to portray the murderer husband as a “remorseful and devastated husband”, an example “dad” who only wants to take care of his baby.
A panel of journalists at Skai TV set part of its audience in outrage on Monday morning, when a journalist, a court reporter, defended the man, Babis Anagnostopoulos,  who strangled to death his wife in her sleep, killed with his hands also the family dog and hanged the puppy from the staircase and concocted a cover story that a gang of burglars was to blame for the crimes.

VIDEO: Reporter with Greece's @skaigr TV station explaining why man who strangled his wife in her sleep, and then concocted story about burglary is a good guy as he didn't chop up and hide her body. No, I am not kidding. #skai_xeftiles #Γλυκα_Νερα https://t.co/f9uPEQ7CXa

“At least he didn’t cut her up and hide the parts,” the court reporter said referring to an older femicide case in the country. “He is not the type for blood. The formation of his personality did not allow him to do such a thing [to dismember the corpse], he is not for the blood.,” she said. 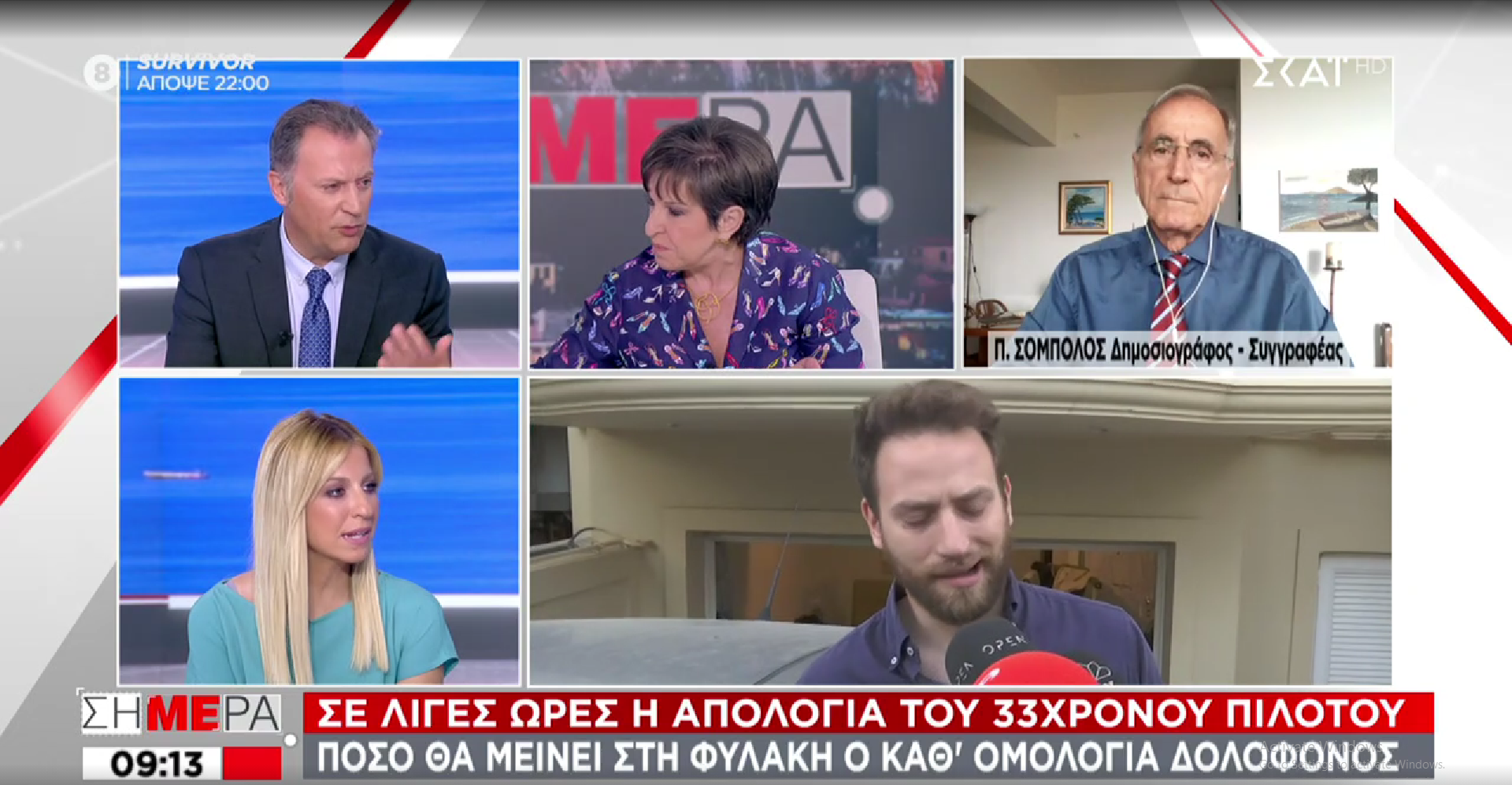 The court reporter called the murderer “alleged suspect” and not “confessed perpetrator,” although he confessed the murder on Caroline and the dog last Friday and the authorities officially charged him on “premeditated crime.”

Another journalist, the show host, hastened to agree with the journalist saying with emphasis “he tried to bring back back [to life].”
Social media users in outrage lash out at the journalists in particular and Skai in general. It was the same medium that first published excerpts from an alleged diary of Caroline. The excerpts were part of the file Police had prepared for the judicial authorities. The selected published diary parts appeared to shed a rather bad light on the young victim and alleged that she abused her 12 years older husband.
With very few exceptions (incl KTG), the diary excerpts were posted on all media, websites and blogs, were read in news programs and TV magazines. No prosecutor intervened, although they were part of the case file and contained sensitive private information of the slain woman.
Many Greeks on social media questioned the diary’s authenticity and some suggested the murderer and husband may have doctored it, as he had access to Caroline’s internet codes.
Skai TV is not the only mainstream television station, the main source of information of Greeks over a certain age. Like in a chorus line the country’s mainstream TV channels imply that the cold-blooded murderer who isolated his much younger wife from family and friends and had full control of her life was in fact a “carrying father” who lost his temper in “the heat of the moment.”
Is there a systematic effort by the media to attribute the heinous crime to “a moment of heat during an argument” although all forensic evidence speak the opposite?

“Since he didn’t dismember her, it’s not a member.”

What is the motive behind such a generalized effort to present the murderer as “sympathetic” who doesn’t deserve a “life sentence”? Note that he is charges for two felony charges (murder of Caroline and the dog) and two misdemeanor (false testimony to police, staged burglary).
On social media some Greeks claim -even though without proof – that the killer, the husband, the commercial helicopter pilot has connections to local VIPs who protect him.
Others blame the “patriarchal mentality” that rules the society and some even “systemic xenophobia” as the victim was British-born and a mother from Philippines.
It should be recalled that “foreign nationals” and thus Albanian were initially blamed for the botcher “burglary” and now the community of Albanians in Greece demands an official apology from Police and other authorities.
A good-looking Greek with a respected profession and obviously some wealth murders his wife and does his “best” to cover up. Does the conservative Greek “holy” society accept it? It’s not easy to break through century old stereotypes. The
“He ruined his life,” an elderly and old friend shocked me on Saturday.  “And the murder of his wife? Taking a life has no meaning?” I asked. “A, this too!” he responded.
It is not the first time, Greek mainstream media zealously try to white-wash the evil, and Greeks are right to suspect “protection”. Media did the same with other victims of heinous crimes such as the raped and murdered Eleni Topaloudi and the student who was bullied to ‘suicide’ Vangelis Yakoumakis. One of Topaloudi’s murderers had best connections to local community due to his father, while an MP from Crete intervened in favor of those accused of bullying Yakoumakis.