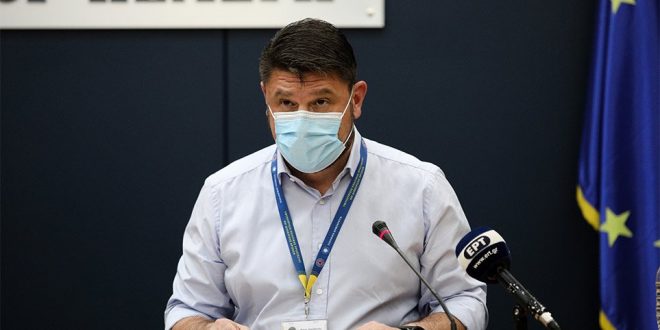 The measure goes into force from Thursday, July 8, 2021. Hardalias said drawing attention to the spike of coronavirus cases.

He attributed the spike to “night entertainment” and blamed the youth.

He spoke of a ‘series of cases confirmed especially in the south sector of Athens’ and said that in the suburbs of Alimos and Glyfada positivity rate sharply increased and has reached 6.1% in Alimos and 8.4% in Glyfada.

Note that recent parties at beach bars of the Athens Riviera turned into super-spreader events with over 100 confirmed coronavirus cases among high school graduates.

The spikes in the south suburbs where many entertainment facilities are located are the reasons the government decided to implement strict rules for leisure and heavy fines.

All companies that are controlled and found to violate the rules will be closed from the next day and for 7 days, Hardalias announced.

In case of a second violation, a fine of 10,000 euros and a padlock for 15 days will be imposed, while in case of third violation, the facility license will be revoked.

PS a hastily taken measure for the sake of measure when just 38.5% of population is fully vaccinated, 10% has one dose only and 50% is not vaccinated. It looks like the 150 euro bonus in form of prepaid card could not convince 18-24 years olds to make an appointment for a jab.

What the government needs to do is to come out with scientific arguments and sweep away the insecurity many citizens have towards the vaccines.