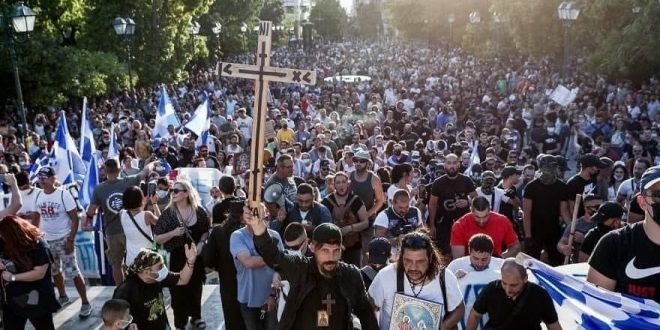 Anti-vaxxers in Greece: Far-rights and religious zealots rally against Covid-vaccines

Waving Greek flags, holding wooden crosses and icons more than 5,000 anti-vaxxers gathered in downtown Athens on Wednesday afternoon to protest vaccines against Covid-19 and the mandatory vaccination of specific groups of professionals. The crowd consisted of far-rights like Golden Dawn and others, religious zealots, Macedonia-is-Greek patriots and supporters of conspiracy theories. 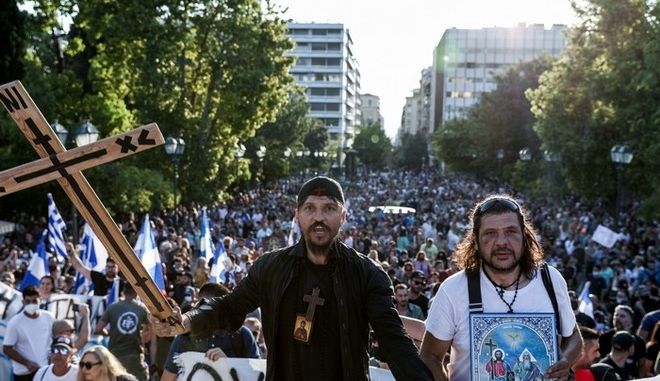 Right in front of the Parliament at Syntagma Square, they chanted slogans like “traitors”, “take your vaccines and get out of here!” and called on Prime Minister Kyriakos Mitsotakis to resign. 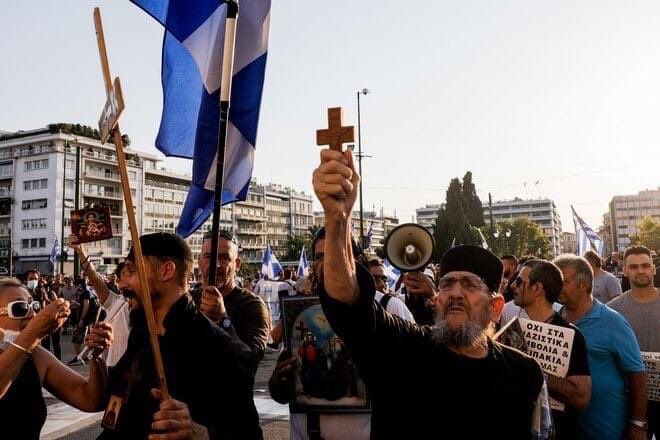 Just a few protesters in the crowd wore masks and there was no way or reason for them to keep safety distances.

To the protest had called several mostly unknown organizations and movements, among them one by imprisoned Ilias Kassidiaris, former No 3 of neo-nazi Golden Dawn. 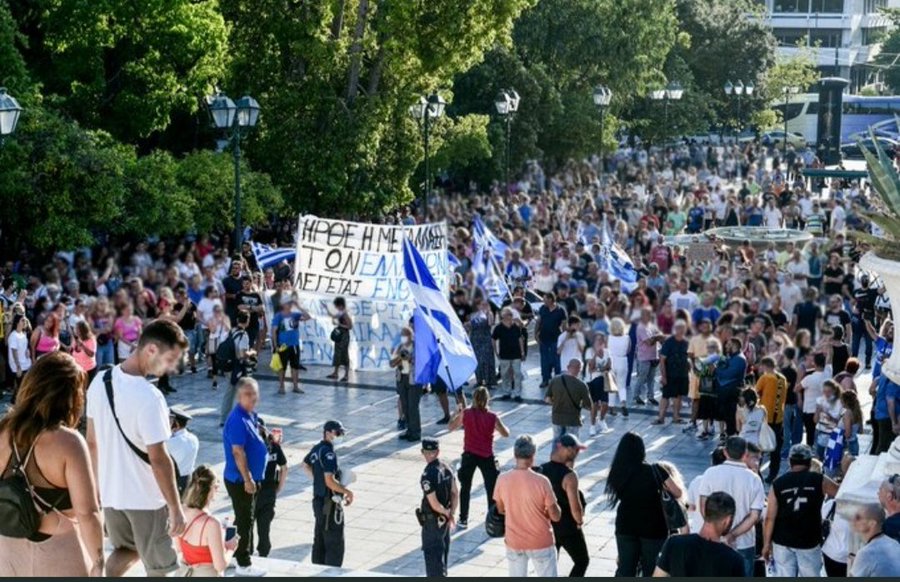 “Every person has the right to choose. We’re choosing that the government does not choose for us,” cardiologist and head of “Free Again” movement told reuters.  Vovolis, who has questioned the scientific research around face masks and the vaccine was among those who called for the protest. He said he started the group in response to the government’s “tough measures” to contain the virus. 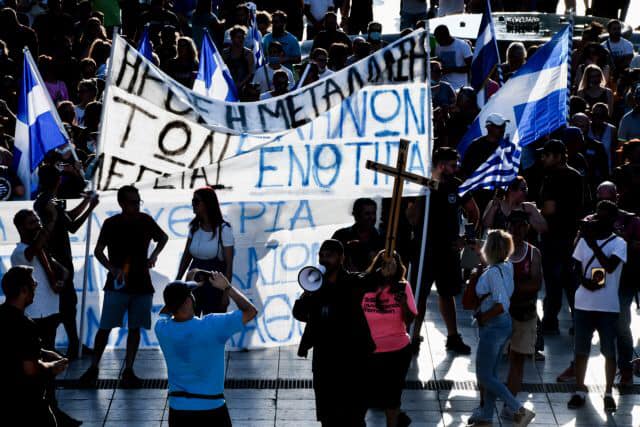 At some point, protesters reportedly attacked journalists covering the event. 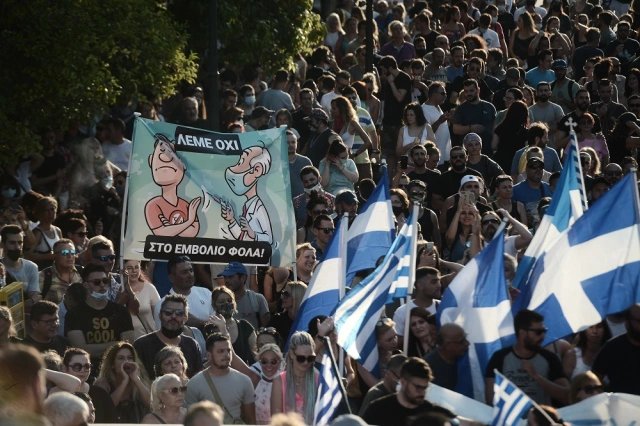 Banner: “We say NO to vaccine poison.”

What was interesting was that despite police presence – rather “discrete” – there was no intervention to protect from spread of Covid-19 as was the pretext when students protested for other reasons or youth crowded in squares to have fun.

Similar anti-vaccines protests were held also in the cities of Thessaloniki, Heraklio, Volos, Patras, Drama, Corinth, Ioannina and else where.

The majority of Greeks say in polls that they would get the vaccine, and the majority were in favor of the mandatory vaccination for some segments of the population. Yet, some remain reluctant either due to insecurity about side-effects and others, anti-vaxxers, reject the vaccines due to wide-spread conspiracy theories.

Only 42% of the 11-million-population are fully vaccinated in mid-July due to initial delays in the roll out program.

Greece experiences a resurgence of coronavirus infections with the Rt to have reached record 1.38 in the last two weeks. Infections increase by 38% every three days and hospital admission rose by 60% in a week.