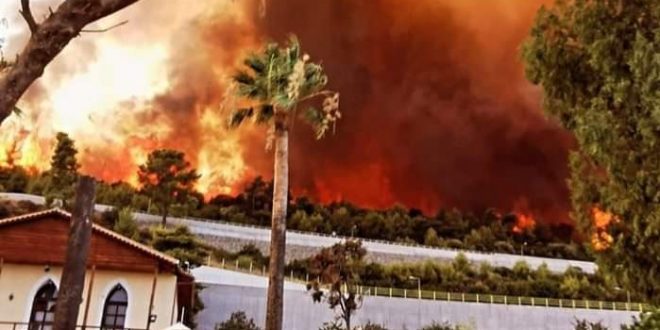 Citizens were injured, houses were burned down, villages and settlements in Ziria, Achaia were evacuated on Saturday afternoon, after a wild forest fire got out of control. The Coast Guard was mobilized and fishermen rushed with their boats to popular sea resorts along the coast of northern Peloponnese in the Gulf of Corinthto transfer locals and visitors to safety.

The fire that started at 1 o’ clock in the forest of Ziria near Aigio spread uncontrollably due to wind gusts.

People in the villages of Lampiri, Kamares, Ziria and Ano Ziria received messages to evacuate via the emergency phone number <112> as the flames were approaching residential areas.

Among those evacuated by vessels of the Coast guard were some 20 guests at a hotel in Loggos  and some 15 people form the Bouka beach in Kamara, while private boats brought beachgoers to visitors.

Approximately 100 children were evacuated at a summer camp in the coastal town of Panagopoula, for precautionary reasons.

Parts of the Corinth – Patras old and new national highway were closed to traffic as the flames were carried over the highway and the smoke was thick.

Animal welfare societies in the are called on people to not leave behind their animals or at least untie them and let them run for their lives.

“At least 10 houses have burnt down,” the chairman of Ziria community told media Saturday evening adding that they didn’t have the full picture yet.

More than 95 firefighters, 33 fire trucks, 8 aircraft and 7 helicopters operate in the area, however, the aerial means only by day light.

The university hospitals in the cities of Patras, Aegio and Rio and the EmergencyResponse Ambulance Center (EKAV) were placed in high alert.

Four citizens and one member of the coast guard were reportedly injured and taken to hospitals. In one case EKAV paramedics intervened to a person in need of first aid but the person refused hospital trasnfer, local media reported.

It is the third forest fire in the area of Ziria for the third consecutive day.

According to latest media information, the flames swallowed also trees, vegetation and cabins in well-known Club Mediterrane in the Lampiri. 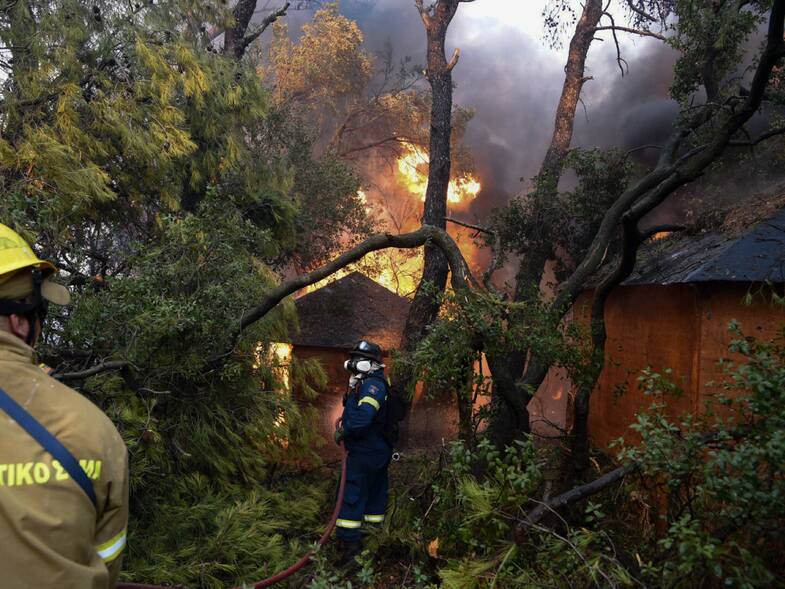 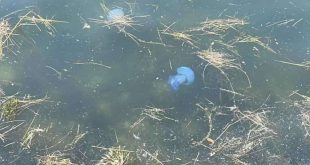