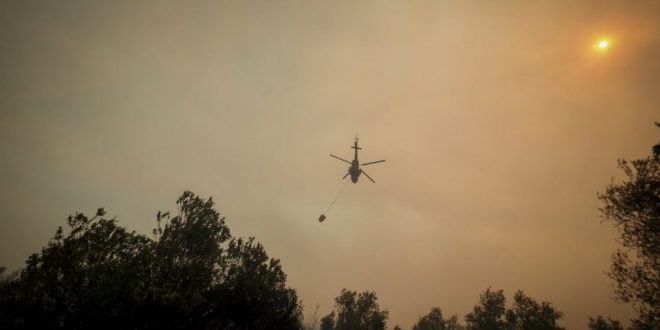 International aid finally started to arrive in Greece to assist against the horrendous forest fires that burn down the country and make homeless thousands of people.The aid from France, Sweden, Cyprus, Switzerland and Romania  comes after the Greece activated the European Civil Protection Mechanism a few days ago.

Greece has also asked assistance from Russia and Israel.

Assistance from the European Mechanism:

In the early hours of Friday, 83 firefighters from France arrived at Eleftherios Venizelos Airport. In addition,, France assists with two Canadair aircraft.

Another 40 firefighters from Cyprus are operating in Ano Varybombi, Attica, while two Cypriot water dropping aircraft have been deployed to Crete.

Αfter the “super-weapon” against fires, the Beriev Be-200 was forced out of the battle due to a mechanical failure two days ago, Athens reportedly asked for a new one from Russia.

Friday noon, ANT1 TV showed the Beriev was back in the battlefield after maintenance.

Sincerely grateful to #Croatia🇭🇷 sending 1 Canadair, #Romania🇷🇴 for the 122 & #Israel🇮🇱 for the 16 firefighters on the way to #Greece🇬🇷 with the support of the 🇪🇺 #CivilProtection Mechanism to assist in fighting #wildfires#EUCPM #Solidarity in action 🤝#EUActsTogether@eu_echo

Friday is a bad day for Greece as the strengthened winds blowing with 5 Beaufort and gusts of 6-7 B have revived the forest fires and extinction seems impossible for today.