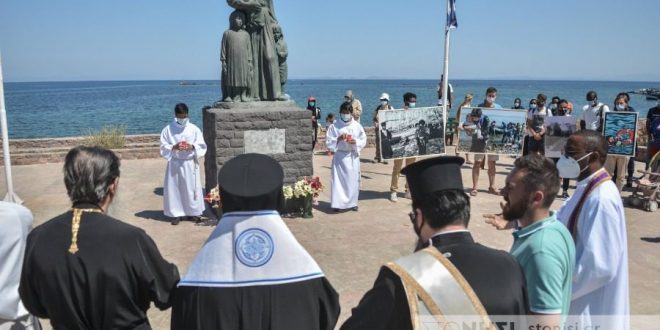 August 17, 2021 Politics, Refugees Comments Off on Greek Orthodox and Catholic priests pray for all the refugees of the world 809 Views

Representatives of the Catholic and Greek Orthodox Churches and migrants joined in a prayer for all refugees of the world. The event took place in Mytilene on the island of Lesvos on Tuesday afternoon.

The event was held by the statue of a refugee mother from the Asia Minor disaster a century ago, with people holding photographs including some depicting migrants reaching Greece. 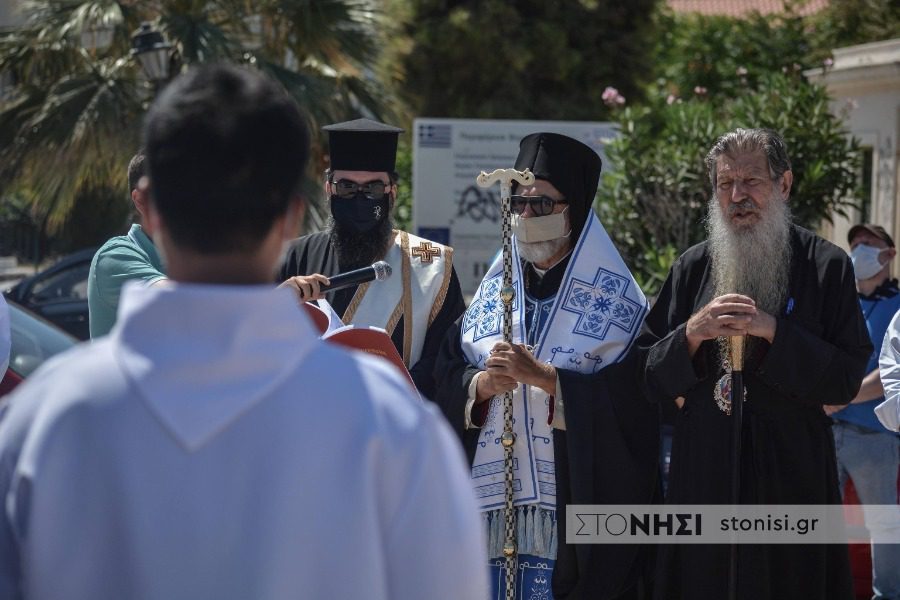 “We want to retain the memory of all victims of the past and present in the travels of hope. Our present prayer related to the new tragedy in Afghanistan, and the countless refugees between Mexico and the United States, between Myanmar and Bagladesh, in Ethiopia, Yemen, Eritrea, the entire world,” a representative of Sant’ Egidio said.

“We are praying so these trips transform from deaths to hope in a world of hope. We pray so that Europe may remain humane and find itself again.” 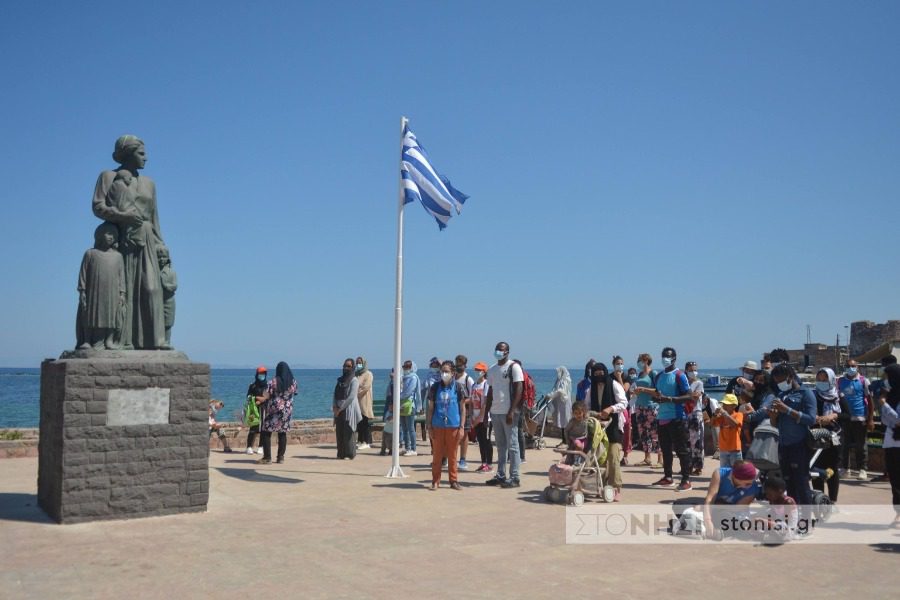 After the prayers, the participants placed wreaths at the statue of the Asia Minor Mother, a symbol for the Asia Minor catastrophe of 1922 that forced million of Greeks to abandon their homeland and become refugees.