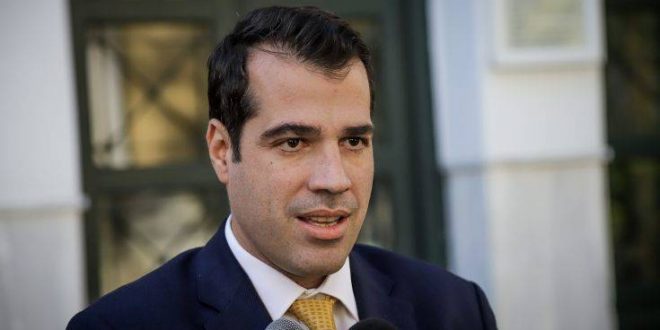 The Central Board of Jewish Communities in Greece (KIS) has expressed its concern for the appointment of Thanos Plevris as Minister of Health. KIS wants that Plevris apologize for previous statements denying the Holocaust.

In a statement issued on Wednesday, just a day after Plevris appointment, the KIS said:

“The Central Board of Jewish Communities in Greece expresses its concern for the appointment of Thanos Plevris as Minister of Health.

In 2009, Mr. Thanos Plevris stated the following, inter alia, before the Greek Court of Justice: «I will refer to issues that have puzzled you. You are concerned about the reference to Auschwitz. The one that says “to keep the camp of Auschwitz in good conditions”. I will examine the most extreme interpretation. That the defendant with this reference means: “Keep the camp of Auschwitz in good conditions because I want, at some point, the national socialist regime to come back, Hitler to come back, take the Jews and put them in Auschwitz”. What kind of instigation is this? What incitement is this? Is it that one is not allowed to believe and want to believe that “I want to exterminate someone”?».

We expect Mr. Thanos Plevris to apologize to the Jewish people for this reference and express his unequivocal condemnation of intolerance, antisemitism and Holocaust denialists, conforming with the declared positions of the Greek Prime Minister. We also hope that the new Minister will address all citizens equally, regardless of skin color, race or religion,” the statement stressed.

The last sentence refers to Plevris‘ statements in 2019 when he advocated the use of deadly force as a deterrent against illegal immigration. He had also suggested that immigrants should be denied access to food, water and health care, in order to make their living conditions in Greece less attractive than those in their homelands.

KIS had also appealed to New Democracy when Plevris joined the party in 2012 after he left the far-right, nationalist LAOS.