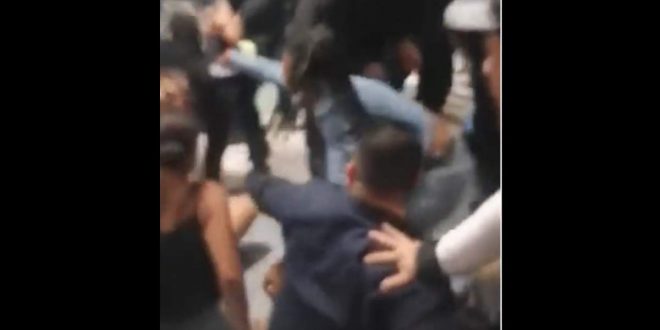 Unprecedented violence at the airport of Zakynthos: police drags migrants from the feet, beats them and pulls them by the hair. Among the group of some 85 Cuban migrants are pregnant women and children who scream in fear.

A video shot by one of the migrants is being posted on social media.

As seen in a video taken by an immigrant, the police drag the immigrants by the legs, beat them and pull them by the hair. In fact, they are not moved by the fact that there are young children, who, terrified by the behavior of the police, burst into tears.

According to state broadcaster ERT, the group of about 85 immigrants tried to fly from the airport of Zakynthos to Milan, Italy on Wednesday.

Most of the Cuban migrants, some 65 people, were forcibly transferred to a hotel in Laganas. In the coming days they will be promoted to pre-departure centers in Corinth and Attica.

According to ERT, the Cubans had traveled from Russia to Belgrade where they got visas, and then arrived in Greece through North Macedonia and Albania.