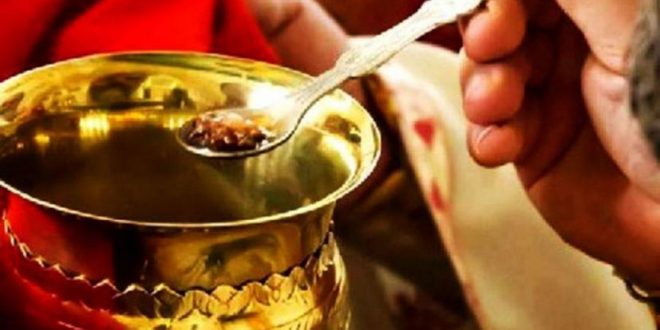 Leader of main opposition party left-wing SYRIZA, Alexis Tsipras announced on Wednesday that the will submit an amendment demanding a negative RAPID TEST also to faithful to gain access to the churches. Wordhip places, supermarkets and pharmacies are from Saturday on the only places unvaccinated citizens can access without showing a negative Rapid or PCR test as the government announced on Tuesday.

The decision to exempt churches triggered an outrage as the faithful  normally do not keep safety distance and dozens share the Holy Communion with a single spoon.

The decision was publicly defended by a few ministers who claimed that faith is more important than shopping, for example, or going to a bank.

“Religious worship is not the same as shopping “ said Development Minister AdonisGeorgiadis, reacting to criticism why unvaccinated do not need to present rapid test results in churches, whereas they have to in restaurants and shops.

“It is now obvious that the Mitsotakis-Plevris-Georgiadis government is neither able nor willing to manage the pandemic with seriousness and responsibility,” Tsipras said. He accused the conservative government that “its only concern is the political cost and not the human lives.”

“That’s why they never thought of imposing strict measures in professional and social areas where they do not wish to clash with their electoral clientele. That’s why they are today announcing measures with selective hesitancy, leaving the church out and the faithful unprotected. That is not the way to deal with a pandemic,” he said.

With a post on Twitter, Tsipras announced that SYRIZA-Progressive Alliance will table an amendment in parliament on Wednesday that will require unvaccinated citizens to have negative test certificate in order to enter places of worship.