Breaking News
Home / FEATURED / The Japanese Garden: Tranquility of the Far-East in the “heart” of Athens 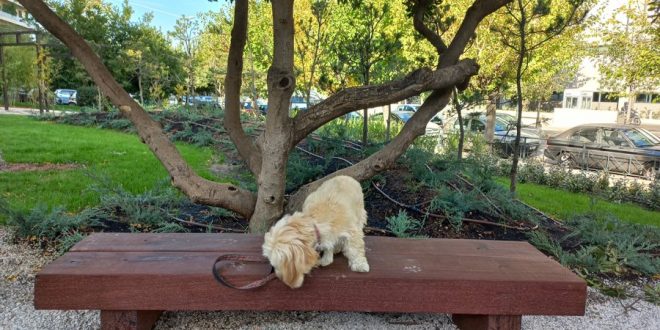 The Japanese Garden: Tranquility of the Far-East in the “heart” of Athens

November 12, 2021 FEATURED, Lifestyle, Society Comments Off on The Japanese Garden: Tranquility of the Far-East in the “heart” of Athens 930 Views

The city of Athens got its first-ever Japanese garden, which is located in Nereidon Park on Michalakopoulou Street, near the National Gallery. A ceremony to lay the foundation stone for the project, which is part of the Athens Municipality’s “Adopt Your City” programme, was held on Wednesday.

The Athens Japanese Garden was created with the support of JT International Hellas under the auspices of the Japanese Embassy and is the city’s first thematic park. 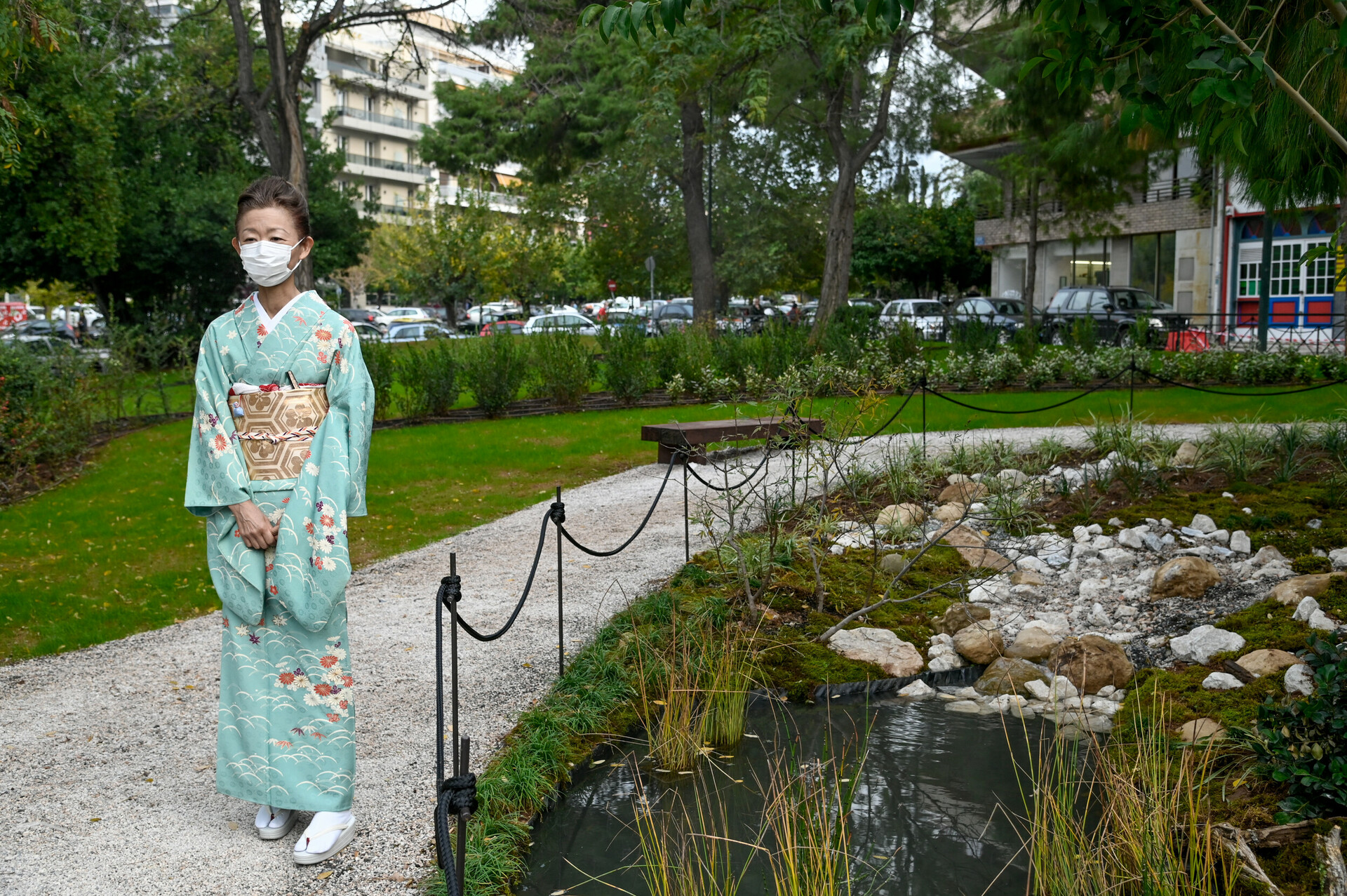 It involved the removal of 180 cubic metres of concrete, curbing and rubble that had been illegally dumped on the site, the addition of 350 cubic metres of fertile soil, with the creation of small hills to increase the usable surface area, and the planting of 50 trees and 3,000 shrubs.

The garden The Garden is composed of areas with intense vegetation and water, taking into account the principles of Japanese culture for a balanced alternation of earth, water and fire elements. 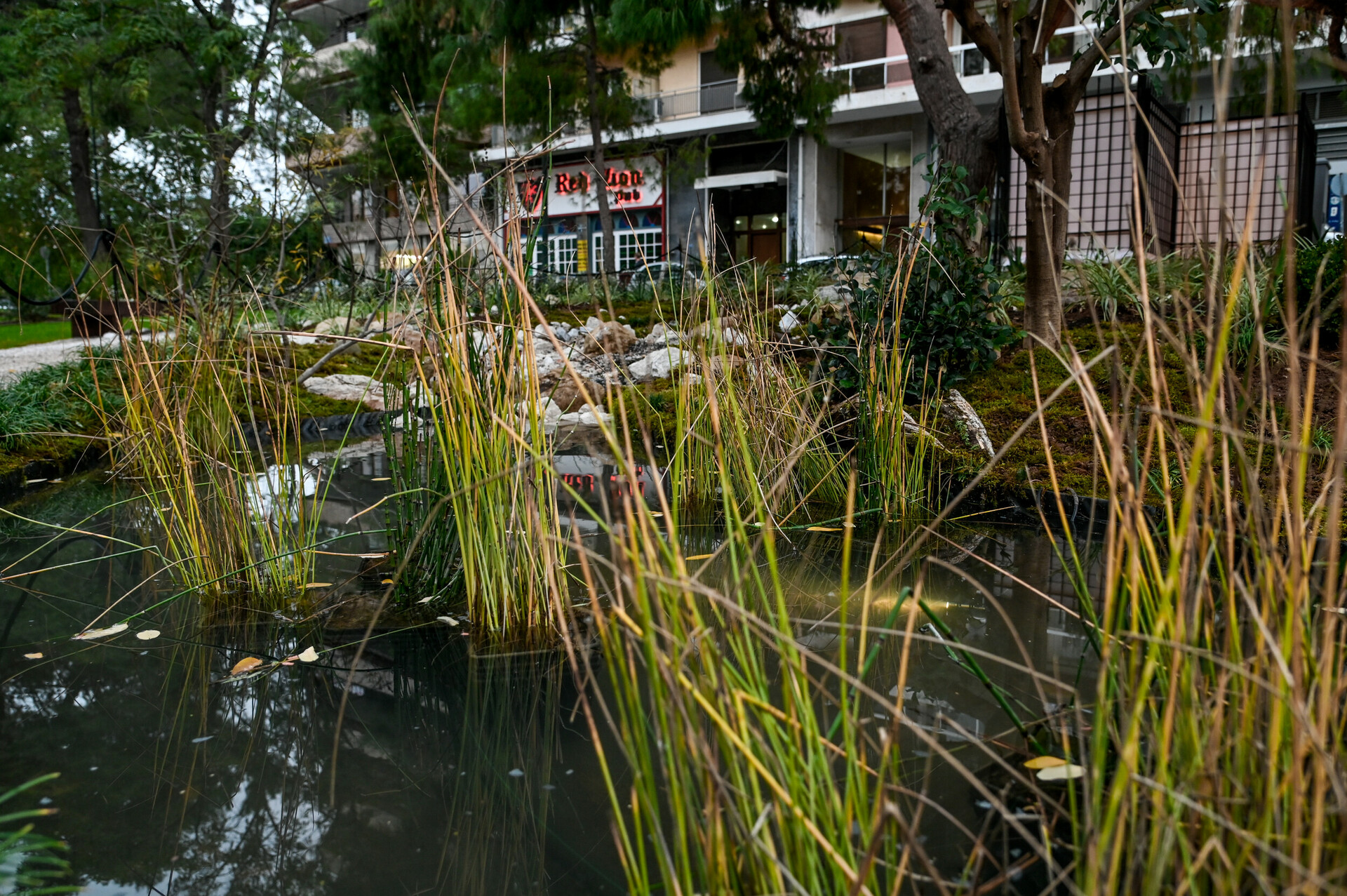 The combination of the pruned shrubs with the rocks and the pebbles formed “calm” paths in the garden, while the granite benches created a beautiful meeting place, offering the visitors of the park the possibility of isolation and peace, in the “heart” of the city. 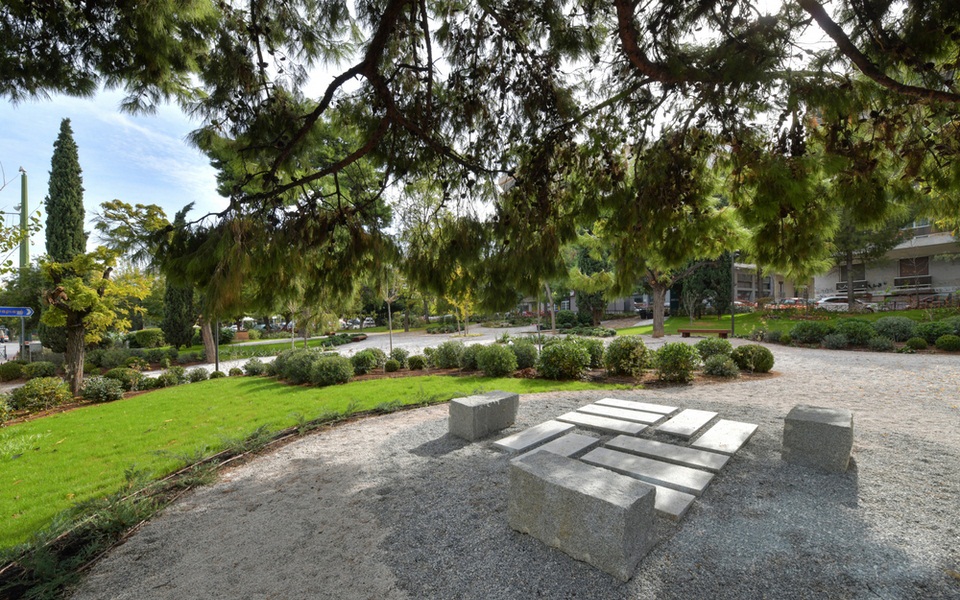 The garden was designed by Antonis Skordilis and Ecoscapes, which also did a study to install the right lighting. 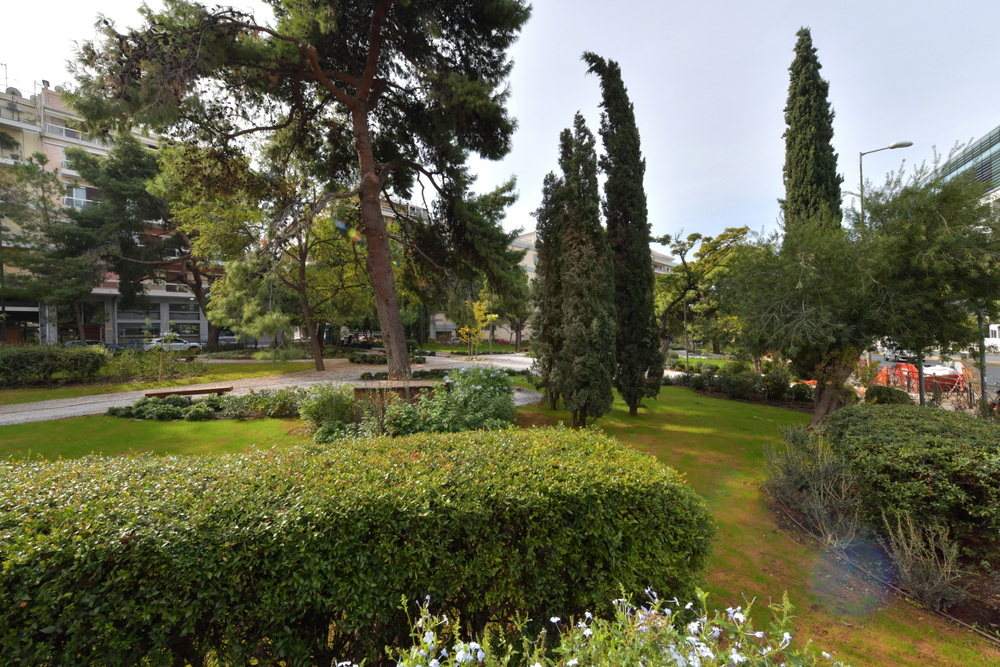 At the inauguration ceremony on Wednesday, Japanese Ambassador to Greece Yasunori Nakayama noted that “Japanese gardens are one of the traditional cultural and spiritual symbols of Japan and their history goes back to the 6th century AD.” 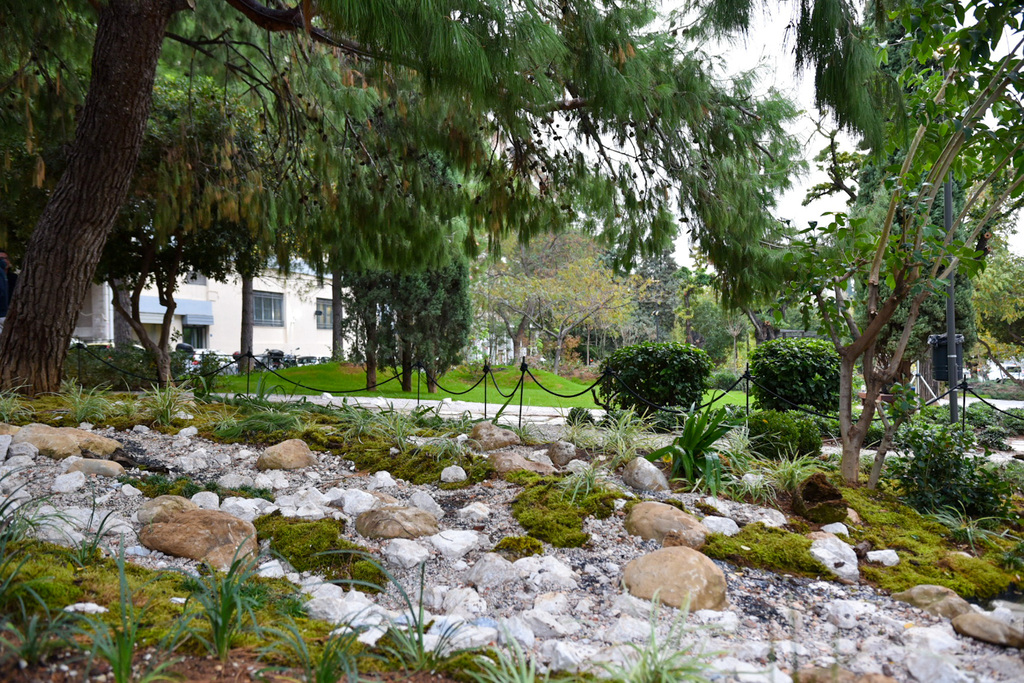 He added that they had features that vary according to the seasons, while their changing landscape during the four seasons was always dear to the Japanese “as they find a special beauty in the changes of all things that reflect the passage of time.” 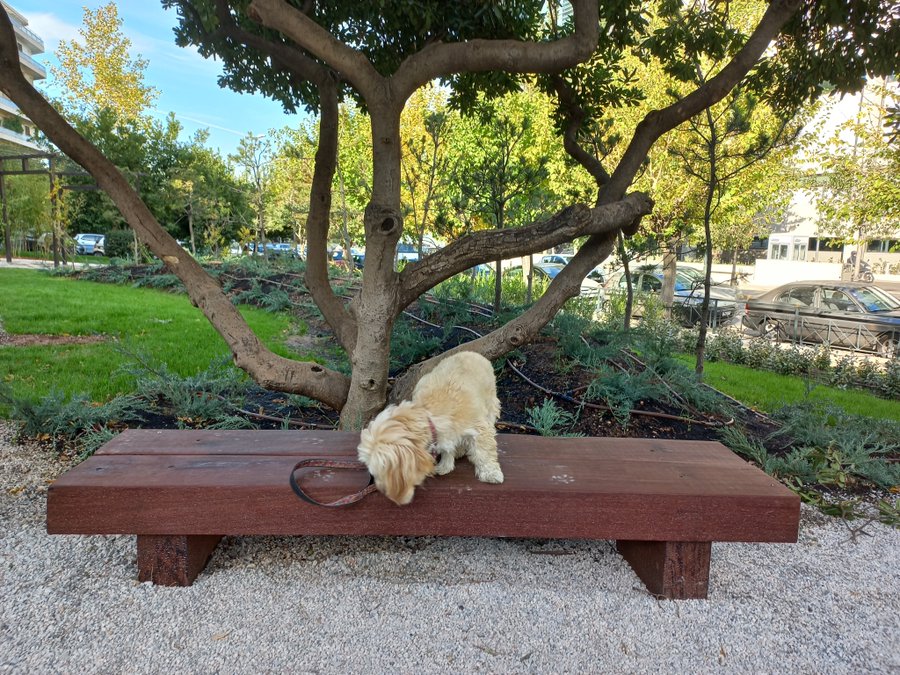 On the downside, elderly locals who are not trained to the graceful Japanese habits already complain about the extremely low benches and the difficulties they have. 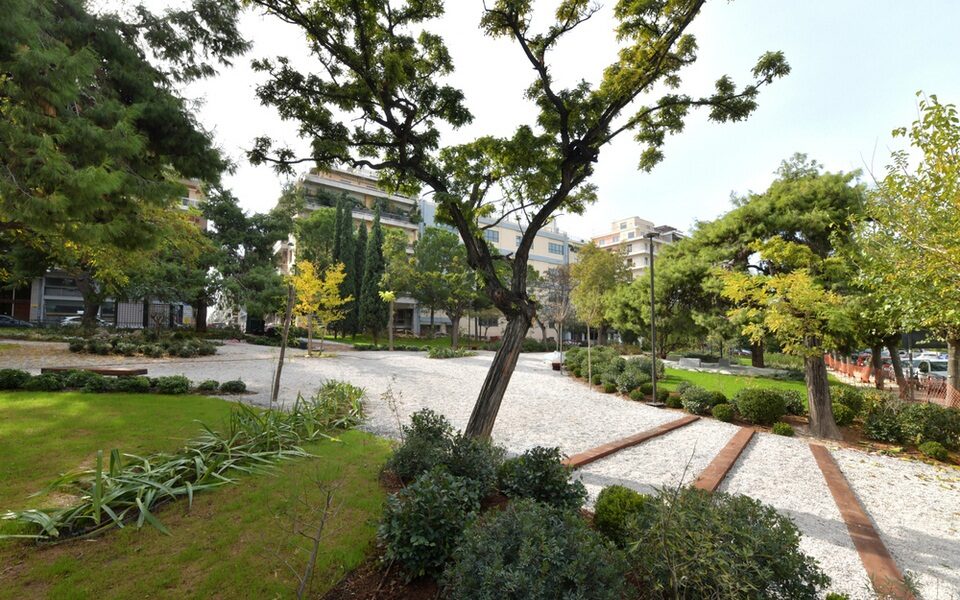 Mothers with young kids or strollers grumble about the gravel on the paths and the attached playground and are already fed up of injured knees and scratched arms of their offspring. 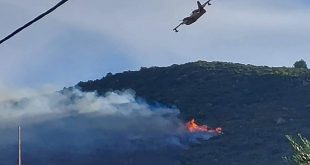