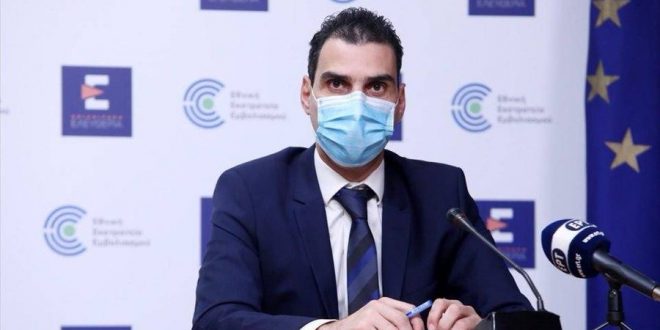 Greece’s Health Ministry announced Friday evening that all citizens above 18 years old will be able to book their booster shot for the Covid-19 vaccine 3 months after their second vaccine.

Secretary-general for Primary Health Care Marios Themistokleous announced at an extraordinarily press conference on Friday even that the vaccinations booking platform will gradually open later today or early Saturday morning for all citizens eligible for the shorter time for the booster shot.

All citizens over 18 years of age can take the third dose three months after the second dose.

Similarly, people who have contracted the virus can take third dose three months after their diagnosis.

Those who were administered the single dose vaccine of Johnson & Johnson can have the booster shot two months later, as it was earlier determined.
Themistokleous said that the National Vaccination Committee had reviewed the recommendations it received and the data regarding the Omicron mutation and decided the administration of  the booster shot to all citizens over 18 after 3 months following the full vaccination.can o the recommendations it received based on national and international data

He stressed that the goal is “all who had their full vaccination end of August, beginning of September to have administered the booster shot by mid January 2022.

He underlined that the 1st dose will have priority over the booster shot and there shouldn’t delay of more than 3-4 days. The closer the date for the booster shot [after 3 months], more appointments will be available for those eligible.

Themistokleous said that the National Vaccination Committee based its decision on national and international scientific data and referred also to other countries such as the UK that has decreased the time between the 2nd dose and the booster shot.

Two days ago, it was the Prime Minister who made this recommendation to the Vaccination Committee and Friday noon, Themistokelous told media that the booster shot will be 4 months after the 2nd dose.

On social media, Greek users wonder about the medical justification for halving the interval between full vaccination and booster to three months and whether this sudden decision would add confusion and doubts among people.