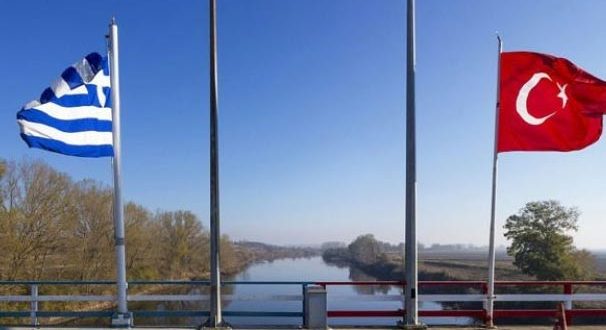 The Greek police officer who was arrested in Turkey on Sunday has been granted release without charge by a court. However, he cannot leave the country until Turkish authorities conclude scanning of his mobile phone data, so see if he took pictures from forbidden areas.

Speaking to media, the officer said that it was the GPS that took him to wrong destination.

He and his partner were arrested on Sunday during a trip to the neighboring country. The arrest took place near Edirne, some 15 km away form the Greek-Turkish border.

The arrest mobilized the Greek Police as well as the Greek Foreign Ministry that demands explanation by the Turkish authorities.

The 41-year-old police officer had traveled to Turkey via the custom point of Kipi for a daily excursion together with the woman, local media evros-news,gr reported. It added that it is not known in which area exactly he and the woman were arrested, although initial information spoke of the area of Edirne.

According to unconfirmed information by the Turkish side, the couple was moving in “forbidden area” and the officer was also taking pictures.

His family says that he has been held for some “customs violations,” evros-news reports.

The woman is reportedly from the Greek border village of Feres.

Both mobiles phones are reportedly off opration.

It should be noted that the police officer had requested and received special permission to travel to Turkey, as it is necessary for those serving at the Security Forces.

The Foreign Ministry has requested full explanation by the Turkish authorities and has mobilized also the Greek embassy in Ankara as well as the Consulates in Edirne and Istanbul.

So far, there is no official statement neither by Turkey nor by Greece.