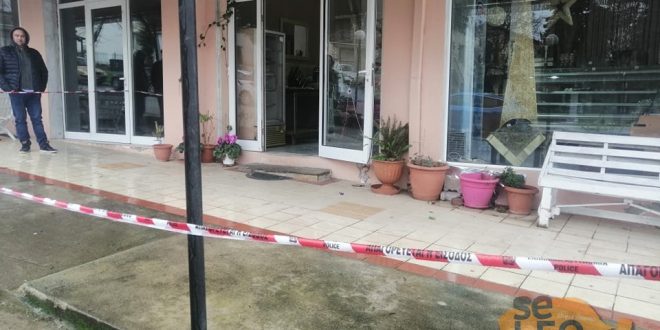 Scenes from the Wild Far West took place in Thessaloniki, northern Greece, on Monday morning: A woman was shot while she was buying bread in a bakery. She died short time later.

The shooter was reportedly another woman who fled the scene right after the murder..

The victim was transferred to the health center of the area with an ambulance, however, despite doctors’ efforts the heavily injured woman died.

According to local media seleo.gr, the attacker had lurked the victim and entered the shop short time after the victim and fired at her using a riffle.

Three cashing were found on the spot.

The shocked brother of the victim who was apparently living in the area said “She came to buy bread and an unknown person shot at her.”

No further details on the victim have been made known, so far.

The murder in cold blood took place in Nea Madyto, a suburb of Volvi municipality, at 10:30 in the morning.

Greek Police is investigating, trying to identify and locate the murderer.