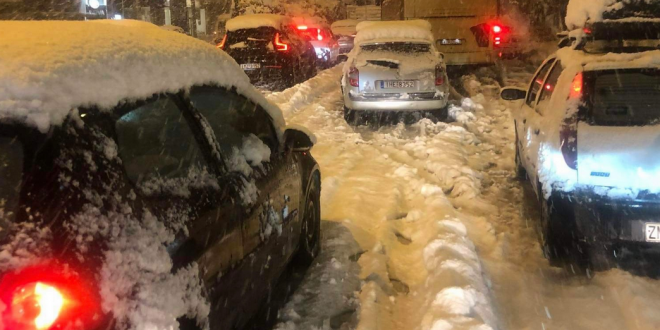 The head of the Athens Prosecutor’s Office has ordered an investigation on Monday evening into the failures of Attiki Odos highway ring road of Greek capital Athens as hundreds of motorists remain stranded in the snow since the morning. For a distance to cover in 20 minutes they need over 5 hours or never arrived at their destination. 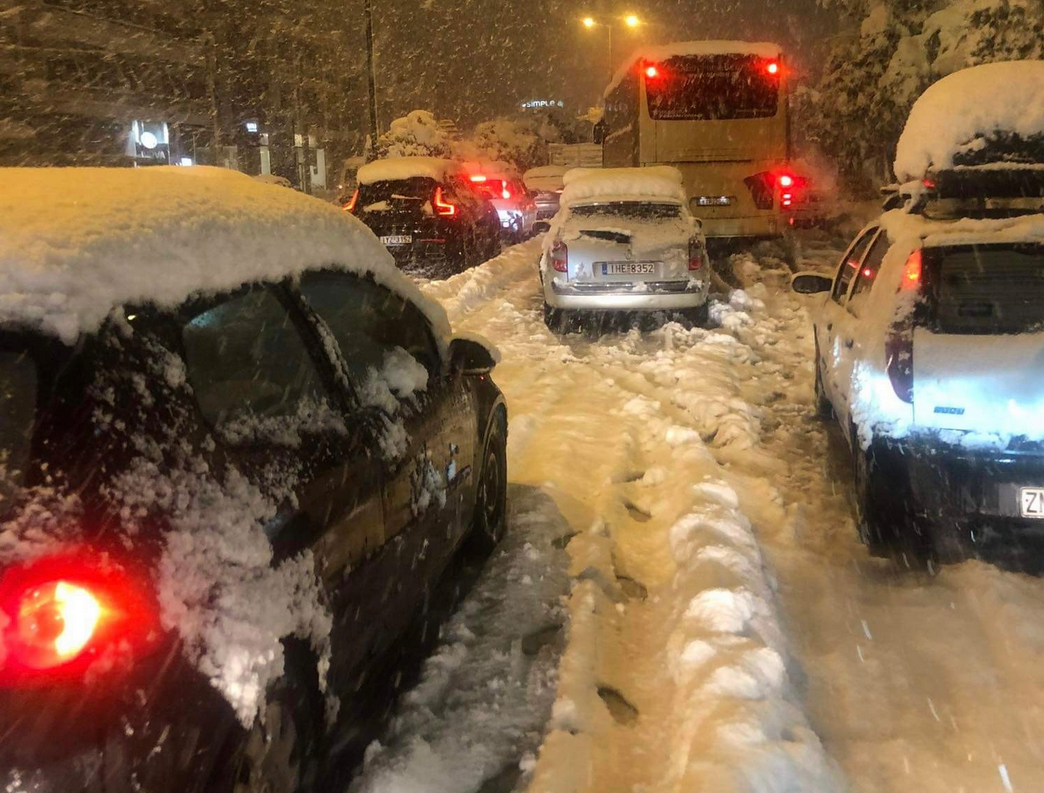 A motorist told STAR TV news program at 8:30 in the evening that she has been stranded since 11:30 in the morning. The woman was left her home to go to her work complained that there has been no information by managing company of Attiki Odos, neither any contact to police or other authorities or any help whatsoever.

She had a bottle of water to which she sips with great care, she said.

Like her, there are hundreds if not thousands of other motorists stuck on the 70-km-long highway, some with children or elderly on board. 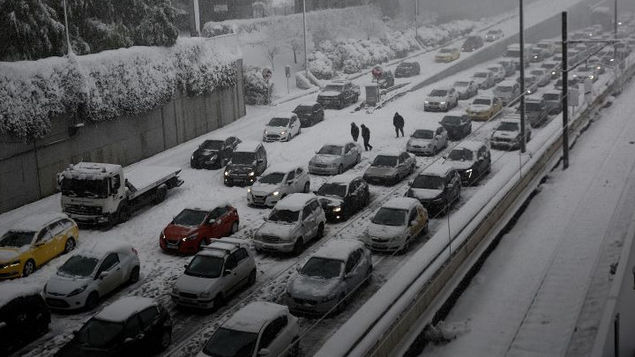 Many motorists just abandoned their cars and started walking to toward their home if relatively nearby, other remain in the cold, turning the engine on and off to get some heat and at the same time keep an eye that they will not use all the available fuel. 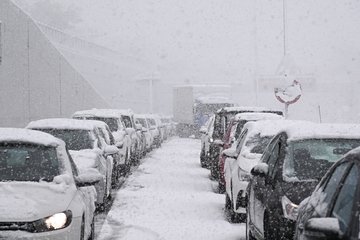 A reporter of state broadcaster ERT, also stuck on Attiki Odos said that the first snow grader arrived where she was – in Kantza – at 6 o’ clock in the evening when everything was helplessly covered with heavy snow and the fall was continuing.

The problems on Attiki Odos created a chaos also in major traffic roads of Athens during the day. 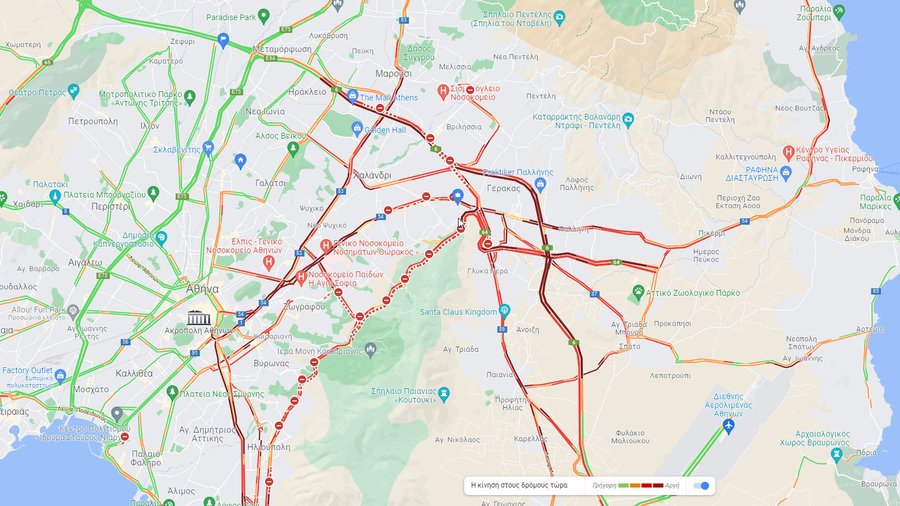 Prior to the prosecutor’s investigation order, Minister for Climate Crisis and Civil Protection Christos Stylianides accused the management of Attiki Odos for failure to keep the highway open.

“The managing company of Attiki Odos failed to maintain normal traffic conditions despite earlier promises that they will take adequate measures to do so,” Stylianides said at a live briefing early Monday evening.

“I think responsibility must be established. That will be my suggestion to the prime minister,” he added and apologized to the drivers who have been stranded on the ring road and stressed that there is a rescue operation underway by a combined force from the police and the fire department. He stated his belief that if the managing company was operating as it should then the difficulties could have been avoided.

On its part, the managing company reportedly defended itself and suggested that the congestion was also due to immobilized vehicles, both due to mechanical and user failures, such as “drivers’ fear and lack of experience.”

Placing the blame on motorists triggered an outrage and the company issued a statement saying it was “sorry.”

“In the Attiki Odos ring road, that measures 70 kilometers, there are over 35 snow ploughs or approximately one for every two kilometers and an ample supply of salt. We are sorry for the situation and for the difficulties faced by drivers, while we note that the tolls remain open by decision of the managing company,” said the company in an official release.

Prosecutor’s investigation will focus  into the failures of the Attiki Odos ring road to maintain normal traffic conditions and to establish whether any charges of hindering traffic can be levelled at the managing company.

Also the state mechanism reacted with delay but ultimately decided to deploy the Armed Forces to help evacuate the stranded motorists. The operation is expected to be launched later at six exit points of Attiki Odos.

Note: it’s not the first  -and not the last time – motorists get stranded in Greece’s highways due to snowfalls. Every year, every winter the official mantra is “worst snowfall ever” and “unprecedented.” It is admitedly a bit heavier on Monday but the state mechanism was praised to be ready to pick up the fight against the Snowgeddon 2022.