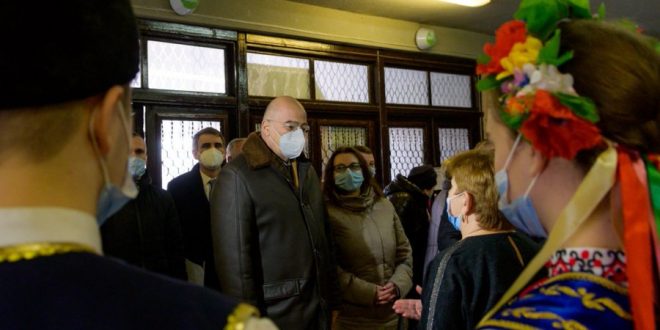 Greek Foreign Minister Nikos Dendias visited the Organization for Security & Cooperation in Europe’s (OSCE) Special Monitoring Mission to Ukraine in the city of Mariupol (Marioupolis) and met also with ethnic Greek communities in the city.

Dendias tweeted that he was “briefed on the security situation on the ground and the Mission’s work.”

During a visit at the premises of the @OSCE_SMM Mariupol office, I was briefed on the security situation on the ground and the Mission's work. pic.twitter.com/2Ujp7i9DeU

Earlier in the day, the Greek minister visited Mariupol’s City Council, where he “had a fruitful meeting with the city’s First Deputy Mayor, M. Kogut and the Chairman of Mariupol district council S. Mahsma,” he said in another tweet.

On his meetings with Greek communities, Dendias posted:

“In Ukraine together with the Greek expatriates! I visited the 8th Modern Greek Language Learning School and met with the teachers, the head of the civil-military Administration of Sartana and members of the Greek community of Sartana and Chermalyk.”

In Sartana by Donetsk Oblast, Dendias also layed a wreath at the monument of fallen members of the Greek community who died in a car bomb attack in 2014. 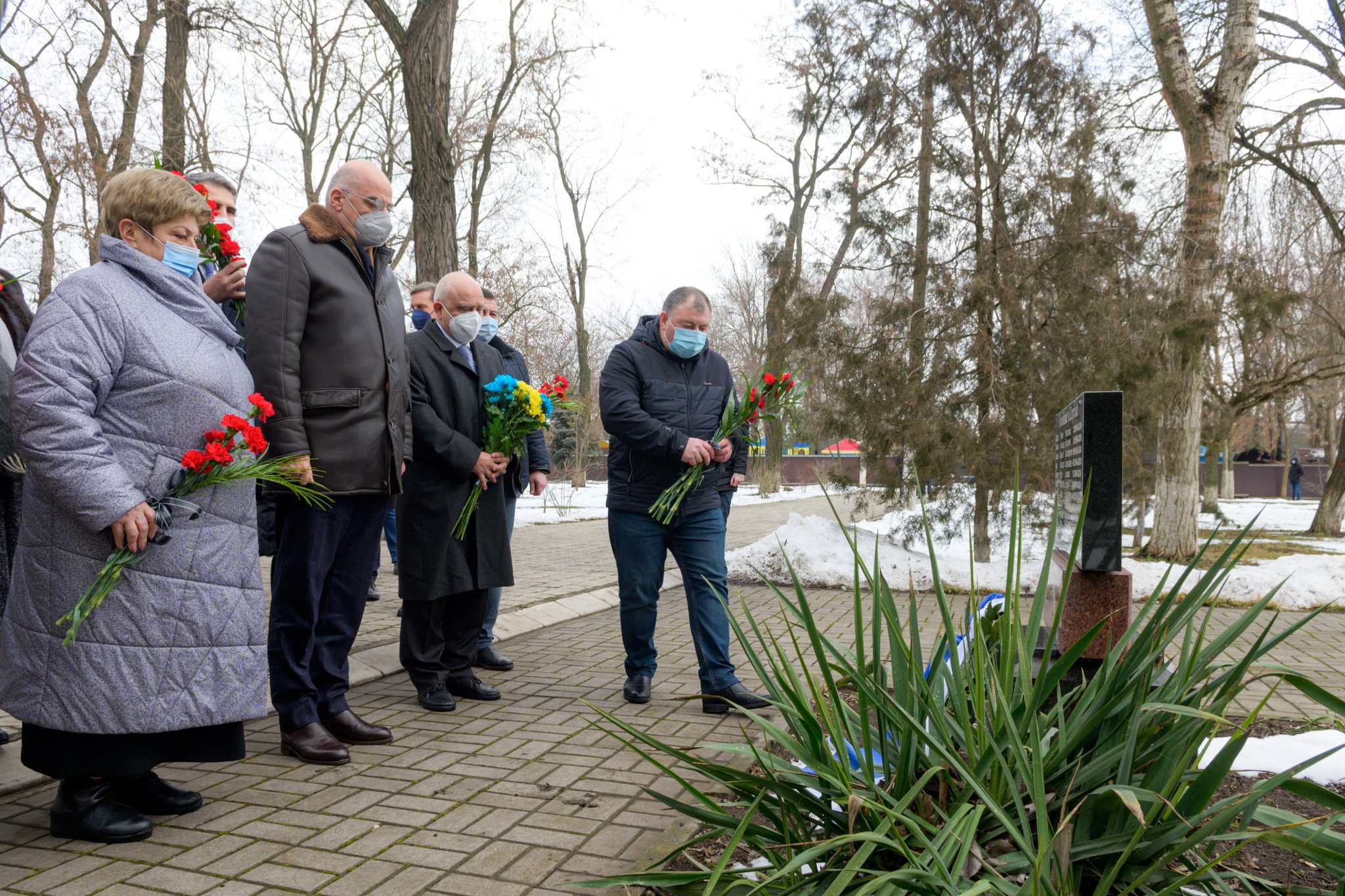 On the phone Dendias spoke with his Ukrainian counterpart Dmytro Kuleba.

“I informed my Ukrainian counterpart about my visit to Mariupol in order to stand by the Greek community and the intention of Greece to strengthen its Consulate General in the city,” Dendias said on social media. According to the same post, Kuleba thanked Greece for its decision to not withdraw its staff from its embassy in Kiev, while Dendias reiterated that Greece supports the independence and territorial integrity of all states.

In this regard, FM Kuleba thanked Greece for its decision to not evacuate its staff from its Embassy in Kyiv. I reiterated that Greece, as a matter of principle, supports the independence and territorial integrity of all states. (2/2)

After the completion of his visits to the cities of Mariupol and Sartana, Dendias told reporters that Greece will stand by and support Greek communities in Ukraine.

“I am today here in Mariupol, only a few kilometers away from the main point of tension between Ukraine and the Russian Federation, to support by my presence the Greek community here, one of more than 100,000 people,” Dendias underlined.