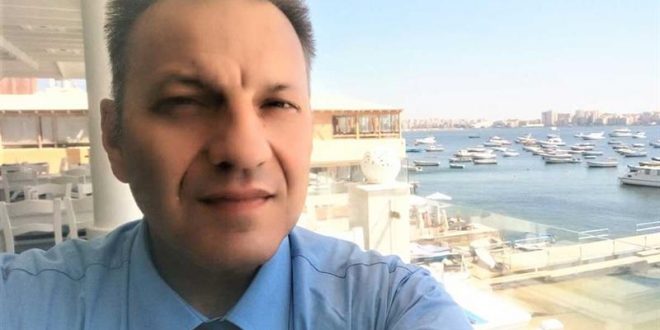 February 8, 2022 FEATURED, Very Mix Comments Off on One arrest in murder case of Greek journalist Nikolaos Katsikas in Egypt 657 Views

Egyptian authorities are investigating the murder of  Greek veteran journalist and correspondent of state-run news agencies in Greece and Cyprus 56-year-old Nikolaos Katsikas. The victim was stabbed to death and was found in his home in Giza, last week.

According to Egyptian newspaper Al Ahram, authorities announced on Tuesday the arrest of a food delivery courier as the main suspect.

Citing judicial sources, Ahram reports that the motive for the murder is believed to be robbery. Apparently the suspect worked in a restaurant and knew the victim.

Egyptian authorities have now given permission for the burial of the journalist’s body. Katsikas was found dead with multiple stab wounds in his apartment in  Giza’s Sheikh Zayed neighborhood. on Saturday.

According to Greek state broadcaster ERT, the perpetrator removed valuable items from the victim’s home after the murder.